Throughout its history, Xiaomi has achieved many goals. One of these is called YouPin, currently one of the most successful e-shopping platforms in China. Visited by millions and millions of users on a monthly basis, you will surely have heard of it whenever Xiaomi launches a new accessory. But where does it come from? And how does it work?

The evolution of Xiaomi and the birth of Mijia

Founded in the 2010, Xiaomi immediately established itself as a promising smartphone manufacturer on the market. And after having attracted the attention of the sector towards him, he decides to take a further step: to give birth to his own ecosystem. After becoming a solid reality in the smartphone environment, the company of Lei Jun and Lin Bin aims high and becomes a real one start-up incubator. There are numerous investments aimed at small but promising local realities, thanks to which they can create a real catalog of products.

Among these, those that have most attracted the interest of the public and professionals are those relating to the segment smart home. Or as more commonly called here in Italy, home automation. Thanks also to the advent of 4G, from 2010 onwards, the world of the Internet of Things has grown more and more. But not just home automation: the Xiaomi ecosystem was soon enriched with other products as well. From power banks to smart shoes, from air purifiers to wearables and so on. 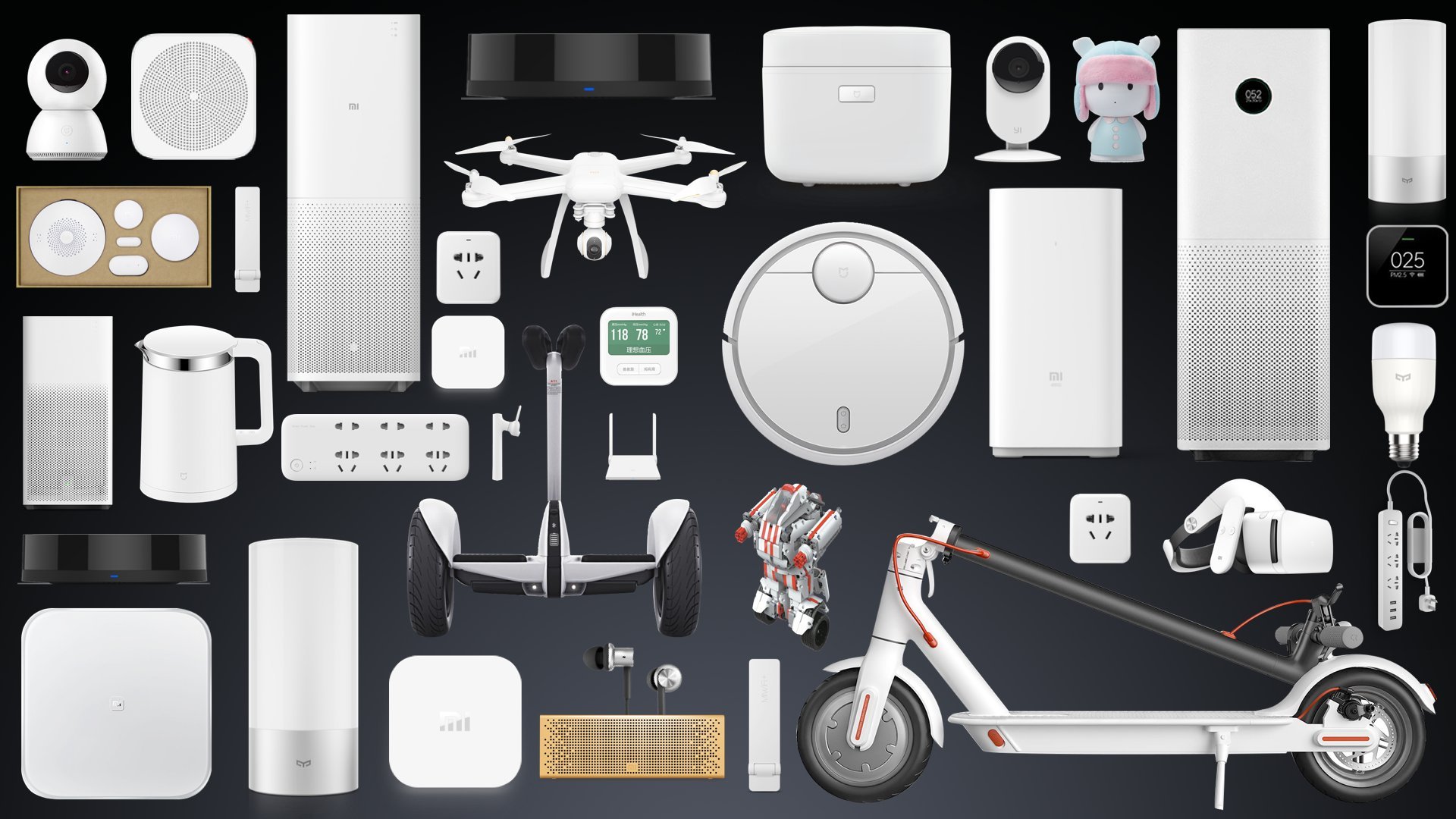 But as can be guessed, most of these objects are not produced by Xiaomi, which is limited to smartphones, tablets, notebooks and some types of accessories. Many objects, especially the more “atypical” ones, are assembled entirely by the start-ups they invest in. And given the amount of news, now daily, it was necessary to create a method to distinguish their products from those of third parties.

Thus the brand was born in the 2016 Mijia, whose meaning in Chinese is "smart home"In Chinese. It includes all those products that are not part of the main categories (smartphones, notebooks, TVs, routers and so on) but which are still produced by Xiaomi itself, with a higher quality standard. The first product to be launched under the Mijia brand was the famous one Rice Cooker. And from there the road turned out to be downhill, with hundreds of changes from year to year.

But the situation, especially for us Westerners, is not always clear. Many of you probably won't know, but several of these companies that Xiaomi has invested in have slowly separated, becoming entities in their own right but still associated with Xiaomi. The most famous case is that of Yi Technology, the brand behind the famous Yi Camera, but also Roborock, the manufacturer of the vacuum cleaner robots, Yeelight, the smart lighting company, and more recently Huami, the creators of the brand Amazfit.

From Mijia to YouPin: when crowdfunding is king

Another very popular trade dynamic in China, while almost absent here in the West, is that of pre-sale. One way to optimize costs and keep prices competitive is to know how many units to produce. Having a surplus of items produced would involve a higher cost to be spread on the units sold, making these extra costs fall on the users' wallets. If, on the other hand, a company knows for good or bad how many units to produce, then it can adjust itself accordingly and avoid waste.

From this mechanics is born YouPin ( "products"In Chinese), that is what apparently is a real platform of crowdfunding. In reality, it is enough to analyze it better to understand that we are not really facing a Chinese alternative to Kickstarter or Indiegogo. On these it is very easy that the projects do not pass the evaluation of the public, since anyone can propose their own idea, with all the pros and cons of the case. 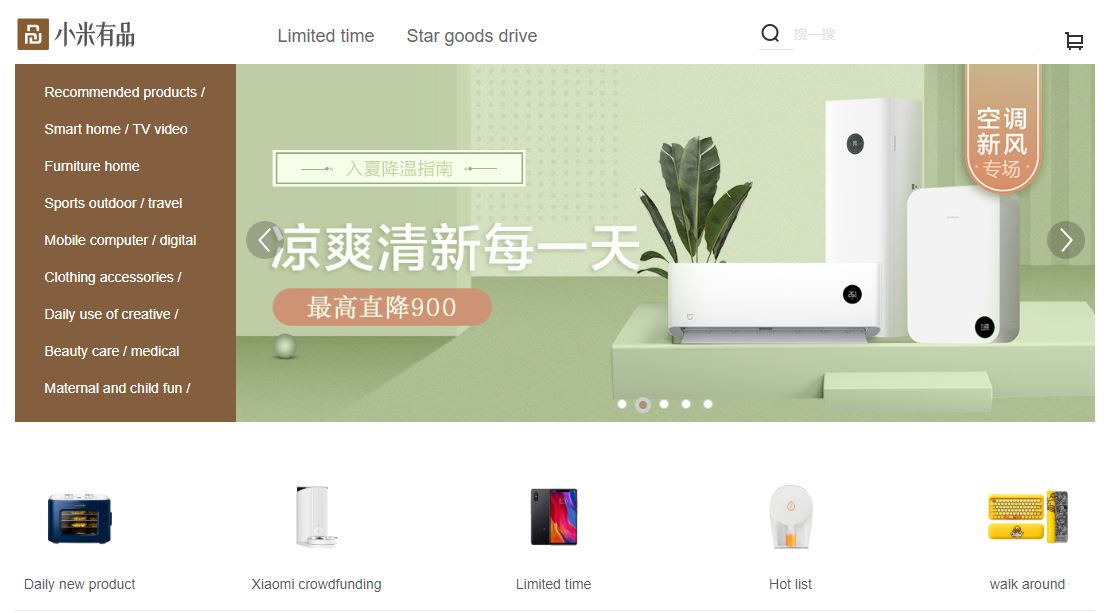 YouPin is instead considered a service dedicated to companies and startups, which can take advantage of the stage offered by Xiaomi to offer their products to a wide audience. Also because at the base there is the evaluation of the Xiaomi team, which decides whether to open the fundraising campaign or not, in the event that the proposal is not deemed worthy. It is not strange, therefore, to see many products that exceed the pre-set target by 1000%, but even more than 5000/6000% in some cases. In short, the “crowdfunding” aspect can be considered more as a pretext to make the public the protagonist, since the outcome is almost always taken for granted.

What is the advantage for Xiaomi?

Besides obviously having a big economic circle, YouPin is considered a hotbed of potential talents. If it happened before in private, now Xiaomi scouting also passes through YouPin. In the event that an object is particularly appreciated by the public, the company could consider adding it to its catalog. And Xiaomi strongly believes in this platform: just think that almost 2017 billion dollars were invested in 3 alone.

How to understand if a product on YouPin is actually co-produced by Xiaomi?

As I told you before, the boundary between Xiaomi sub-brands and the stand-alone brand is not always clear to everyone. Let's take Yi Technology for example: the company has made itself known to everyone under the Xiaomi brand, with which it produced the famous Yi Camera and several IP Cameras. From 2014 to 2016 everyone bought these products, but from October 2016 Yi Technology has officially separated from Xiaomi. However, this was not understood by many, who continued to buy the company's products believing they were still produced with Xiaomi. At the same time, Xiaomi has started producing its own line of cameras under the Mijia brand. A mess, right?

And it is in this casino that many online stores take advantage of users' unawareness. They believe they are buying a Xiaomi product, given that its name is shown in the advertisement, when in reality it may be an object passed by YouPin but not by Xiaomi. Then for heaven's sake, that product can be really valid, but it's not entirely correct to give it a brand that doesn't belong to it just to sell it more easily.

How to understand, therefore, if a product is actually from Xiaomi or not? Just visit the Chinese official website and consult the catalog, even if it is not an easy task. Obviously you have to translate everything with Google Chrome, unless you know the language. Suffice it to say that in the home on the left you will find a column with the main categories and scrolling the page you will find a list always updated with the latest news. 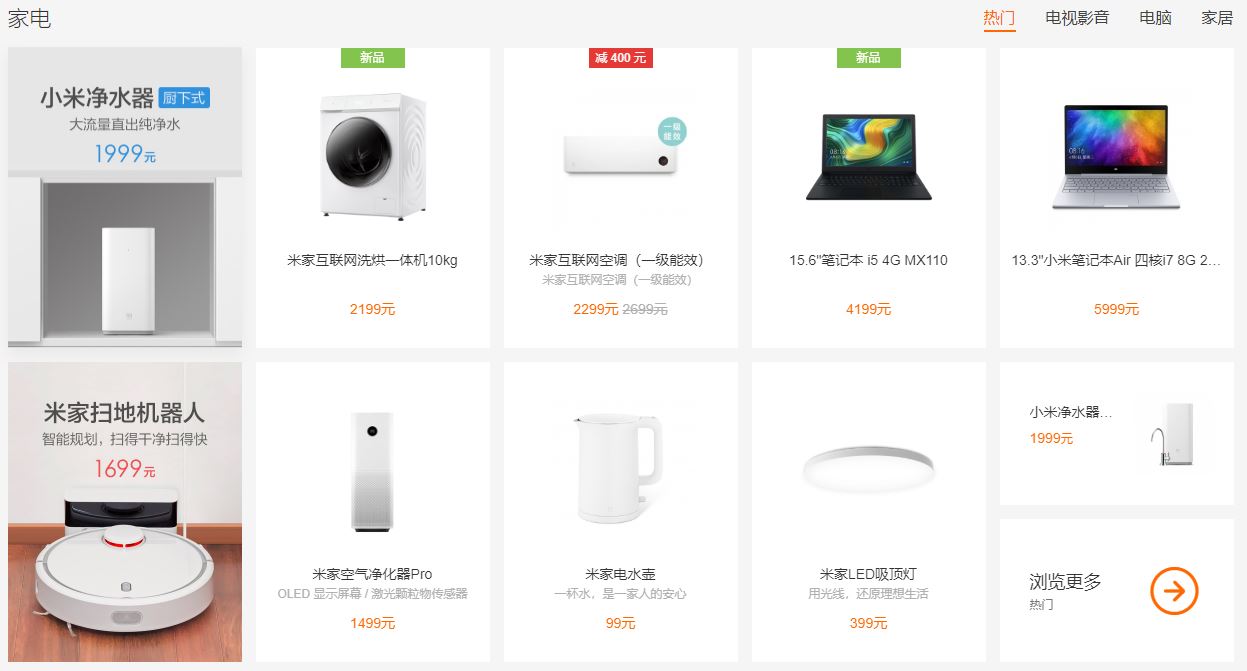 Can I use YouPin from Italy?

As expected, the answer is no. As well as the official Chinese store, even the use of YouPin is dedicated exclusively to the territory of China. Already in the registration phase you will be asked for data such as mobile number and shipping address, both of which must be Chinese. Unless you have a friend in China willing to act as your intermediary, nothing to do. 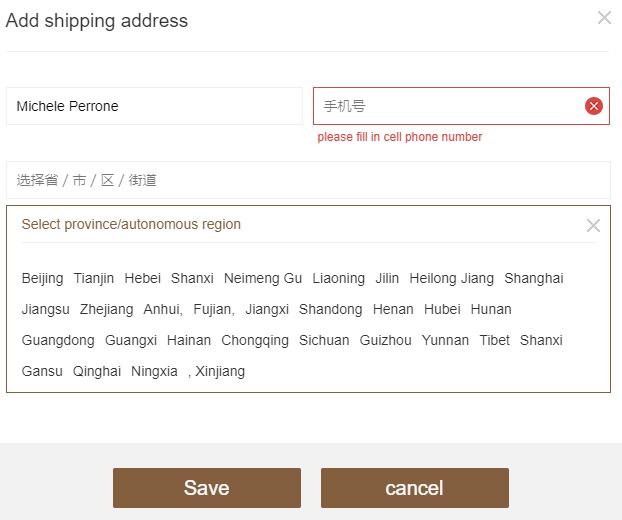 Will we ever see YouPin in Italy?

In my opinion no. Although the “never say never” rule always applies, it is very difficult for such a business model to hold up in the West. The advantage of YouPin, as well as of the Chinese tech market in general, lies precisely in the convenience of prices. And you know, as soon as an object crosses the Italian border, taxation and wages raise the price. I hope to be proved wrong in the future, but I doubt this will happen.

On Xiaomi YouPin there are smart gadgets also for your ...

Gabriele Cascone - 16/11/2021 0
On the crowdfunding platform of the Chinese house we have often found solutions designed for our four-legged friends, both devices to entertain them and ...

Gabriele Cascone - 07/10/2021 0
As we all know, Xiaomi's crowdfunding platform is known for the disproportionate amount of products offered, with solutions of all kinds ...

Utility and style in the kitchen with the new Circle Joy gadget ...

Gabriele Cascone - 01/10/2021 0
NexTool is one of the brands of the crowdfunding platform of the Chinese house, a brand specialized in accessories for defense, security and ...

With the Xiaomi 8 TB NAS you will no longer have problems ...

Michele Perrone - 16/09/2021 0
When you think that the Xiaomi YouPin catalog may have stopped surprising, the Chinese company is talking about itself with something ...

Gabriele Cascone - 16/09/2021 0
The MIIIW brand is one of the brands that we have come to appreciate thanks to its quality / price ratio: it is a company active on ...

The new Xiaomi YouPin purifier filter arrives with a look ...

Gabriele Cascone - 29/07/2021 0
We return to talk about the crowdfunding platform of the Chinese house, in this round with a new product dedicated to the users I always want ...

Xiaomi puts order in your suitcase with these travel organizers

Gabriele Cascone - 20/07/2021 0
Now that it is possible to move freely - albeit with the utmost attention and trying to maintain safe behaviors - travel has returned and ...

Gabriele Cascone - 19/07/2021 0
We have seen them in all shapes and sizes, they are the product of summer and it was certainly only a matter of time before we saw ...

The new Xiaomi cleaner sterilizes with ultrasound and UV light

Gabriele Cascone - 10/07/2021 0
On Xiaomi YouPin comes yet another accessory with a low and accessible price, useful for cleaning and hygiene of everyday objects: it is the cleaner ...

Xiaomi YouPin mini speaker makes you relax while you are ...

Gabriele Cascone - 09/07/2021 0
Do you want to take a moment to relax while you are working on your PC? So why not bring a touch of perfume to the environment? The Guildford mini speaker ...

Forza 4 becomes 3D and smart with this version from Xiaomi ...

Gabriele Cascone - 08/07/2021 0
Among the many tech accessories devoted to life style, the games in the catalog of the Chinese company cannot be missing, both for adults and for ...

The new Xiaomi YouPin massager gives you a warm relaxation

Gabriele Cascone - 06/07/2021 0
A few months after the last solution, here comes a new, practical knee massager by Xiaomi YouPin, under the ...

Xiaomi and Jordan & Judy bring a hint of tenderness on ...

Gabriele Cascone - 05/07/2021 0
Jordan & Judy, a brand particularly active on Xiaomi YouPin, is one of the most versatile of the crowdfunding platform and now it changes its genre with this ...

The Xiaomi FED Flexi Bar makes you train in an unusual way ...

Gabriele Cascone - 01/07/2021 0
For some time now we have known the FED brand, a brand specialized in accessories dedicated to fitness, from the most classic to solutions ...

Xiaomi UREVO renews its umbrella with LED flashlight: now it's ...

Gabriele Cascone - 01/07/2021 0
The Chinese manufacturer recently launched a smart umbrella on the crowdfunding platform, but this time it is a more "simple" product: the umbrella ...

This Xiaomi gadget analyzes the air quality in your home

Michele Perrone - 01/07/2021 0
It might seem like a simple alarm clock, but in reality ClearGrass (Qingping) Air Detector is a small gadget for analyzing air quality, launched on Xiaomi ...

ABOUT US
GizChina.it is the independent and autonomous reference point in Italy on Chinese technology that offers news, reviews, focuses, insights, guides, tutorials and much more on Chinese smartphones, tablets, notebooks, accessories and even lifestyle. GizChina participates in the Amazon EU Affiliate Program, an affiliate program that allows sites to earn an advertising commission by advertising and providing links to the Amazon.it site. As an Amazon Affiliate GizChina receives income from eligible purchases. This blog is not a newspaper as it is updated without any periodicity. It cannot therefore be considered an editorial product pursuant to law n ° 62 of 7.03.2001
Contact: info@gizchina.it
FOLLOW US
© GizChina.it - ​​Giz Srl 01973020660 Change your Privacy settings
Posting ....