A June the Chinese company once again took center stage with the launch of the new Mi Band 4, a wearable developed again in collaboration with Huami and immediately appreciated by fans. Sales speak for themselves and if you haven't gotten your hands on the smartband yet ... maybe it's time to fix it! If you are unsure you can take a look to our review and comparison with the main rivals from the low price. But what does the future of the range hold for us? What will the next one offer? Xiaomi Mi Band 5?

Xiaomi Mi Band 5: everything you need to know about the new smartband 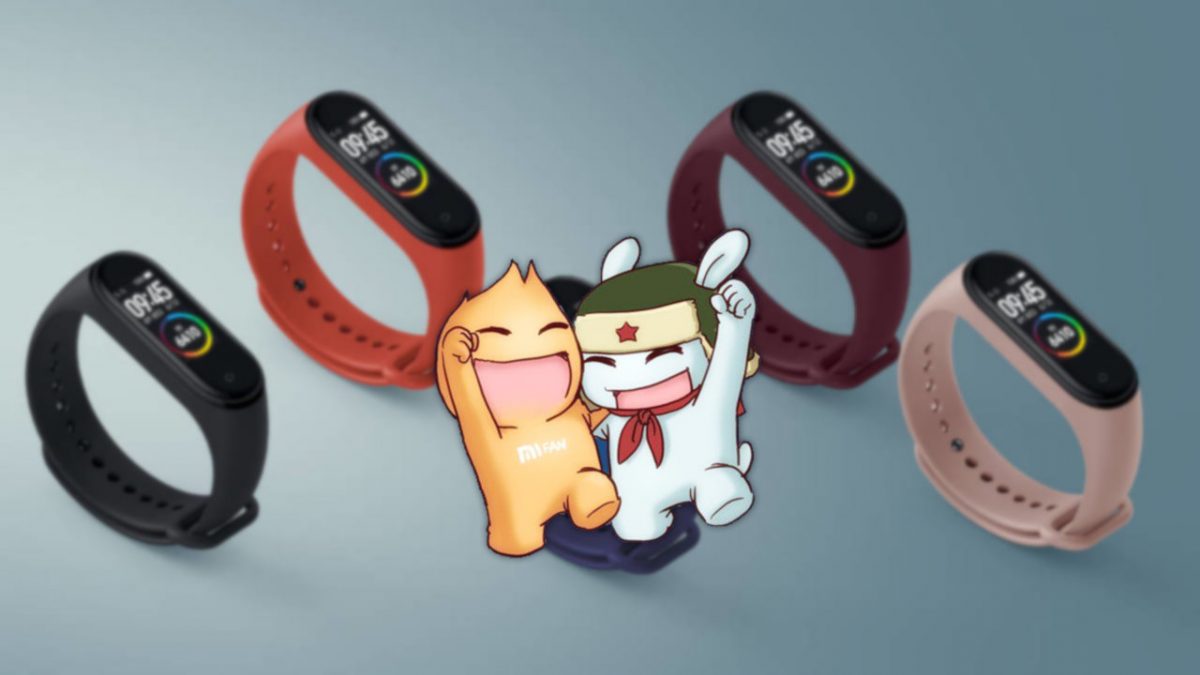 At the moment the details on the new model still remain shrouded in mystery. Huang Wang, CEO and Founder of Huami, confirmed that the works for the next smartband have already started, obviously in collaboration with Xiaomi. Unfortunately the manager has not been unbalanced in this regard and at present we still have no certainty about the design.

However, it is easy to imagine that the company has no intention of giving up the current style with the next one Xiaomi Mi Band 5. Almost certainly we will find once again a capsule with easily replaceable straps, perhaps with a wider AMOLED display and again in color.

Even here one gropes in the dark but it is not difficult to guess what the novelties of the could be Xiaomi Mi Band 5. First, the same Huang Wang has hinted a great attention to the global market, a detail that could anticipate the presence of an NFC module and voice commands (finally!), similar to Asian models.

Also, similar to some models in the range Amazfit, the smartband could arrive equipped with the support toECG, a feature not to be underestimated and loudly requested by the most savvy users.

The head of Huami said that the Xiaomi Mi Band 5 will debut during the 2020, but did not provide further details on the release date. Talking about the price is still too early, but as soon as we know more we will promptly update everything.

However, given the price difference between Mi Band 3 and the current model - 169 yuan for the base model and 199/229 yuan for the NFC variant - we are confident. Maybe Xiaomi will once again keep a low price, perhaps introducing some improvements to the superior model, obviously with the right inflation. Fingers crossed!

Gabriele Cascone - 04/05/2021 0
With the entry of OnePlus in the wearables sector - thanks to its first products in the field, a smartband and a smartwatch - ...

Gabriele Cascone - 02/02/2021 0
Let's go back to talking about the latest smartband of Lei Jun's company, this time in a happier way than the explosive model of a few weeks ago ....

The Xiaomi and Amazfit PAI index useful for life insurance

Xiaomi Mi Band 5 explodes while charging: the response of ...

Gabriele Cascone - 08/01/2021 0
The new year begins with a good omen (obviously we are ironic) for a poor European user struggling with a Xiaomi Mi Band 5 ...

Xiaomi Mi Band 5 at an all time low with Coupon shipped by ...

Attilio Scalesse - 08/01/2021 0
With the return to the possibility of being able to move and play sports, a digital and intelligent ally is always important. And who better than Xiaomi ...

Xiaomi Mi Band 5 is updated and solves its long-standing ...

Michele Perrone - 15/12/2020 0
After the important WearOS H-MR2 update for OPPO Watch, the wearable Xiaomi Mi Band 5 is also receiving new firmware. This update does not introduce any details ...

Michele Perrone - 02/09/2020 0
Presented during the summer, the Xiaomi Mi Band 5 has quickly become one of the most popular smartbands in the thriving world of wearables. In a body like this ...

Gabriele Cascone - 26/08/2020 0
At the beginning of the month, the owners of the Xiaomi Mi Band 5 were finally able to benefit from the Italian language and now the Chinese company returns to ...

Xiaomi Mi Band 5 becomes a GPS navigator with this app

Michele Perrone - 06/08/2020 0
The work of the developer Francesco Re continues to bring the experience of the GPS navigator to Xiaomi Mi Band 5 with Mi Band Maps. Initially available ...

Gabriele Cascone - 05/08/2020 0
Although the arrival of the new smartband of the Chinese brand has been welcomed, there has been much bitterness for the absence of one of the features now ...

Gabriele Cascone - 03/08/2020 0
While we are finally enjoying the arrival of the Italian language on board the brand new smartband of the Chinese company, we take advantage of the small event to report a selection ...

Xiaomi Mi Band 5 updates in Italian with the Mi ...

Gabriele Cascone - 03/08/2020 0
In the last hours, the Chinese company and our local division of the company have literally invaded us with many products (accessories, scooters and Redmi), including ...

How to create watchface for Xiaomi Mi Band 5 | Guide

Gabriele Cascone - 27/07/2020 0
The Chinese company has recently launched - also in Italy - the new version of its iconic smartband. Here you will find our review / comparison ...

Xiaomi Mi Band 5: how to have HD emoticons | Guide

Gabriele Cascone - 23/07/2020 0
The new smartband of Lei Jun's company has also arrived in Italy and Europe, to the delight of fans of the brand and ...

Michele Perrone - 10/07/2020 0
Meanwhile, we extricate ourselves from the doubts surrounding marketing in Europe, the Xiaomi Mi Band 5 receives a first update. Firmware ...
123Page 1 of 3

ABOUT US
GizChina.it is the independent and autonomous reference point in Italy on Chinese technology that offers news, reviews, focuses, insights, guides, tutorials and much more on Chinese smartphones, tablets, notebooks, accessories and even lifestyle. GizChina participates in the Amazon EU Affiliate Program, an affiliate program that allows sites to earn an advertising commission by advertising and providing links to the Amazon.it site. As an Amazon Affiliate GizChina receives income from eligible purchases. This blog is not a newspaper as it is updated without any periodicity. It cannot therefore be considered an editorial product pursuant to law n ° 62 of 7.03.2001
Contact: info@gizchina.it
FOLLOW U.S.
© GizChina.it - ​​Giz Srl 01973020660 Change your Privacy settings