Compared to previous years, OnePlus' first half of 2019 was characterized by the launch of not one but two flagships, including a Pro variant with improved specifications. There were those who wondered, therefore, if OnePlus 7T and OnePlus Pro they would have done, given this change of course. To dispel any doubts about it was the same OnePlus, precisely on the occasion of the launch of the OP7 family. Here, then, everything we know so far on the technical sheet, price and availability.

According to the first alleged image posted on the net, the look of OnePlus 7T Pro shouldn't differ from its predecessor. The same that happened between OP3 and OP3T, practically identical in the mirror. This means adopting a design totally full screen, thanks to the presence of the retractable selfie camera. It will not be a particularly pocket-sized device, therefore, as well as easy to handle, given the curvature on both sides. There will be hardly any IPXX certification, although never say never. 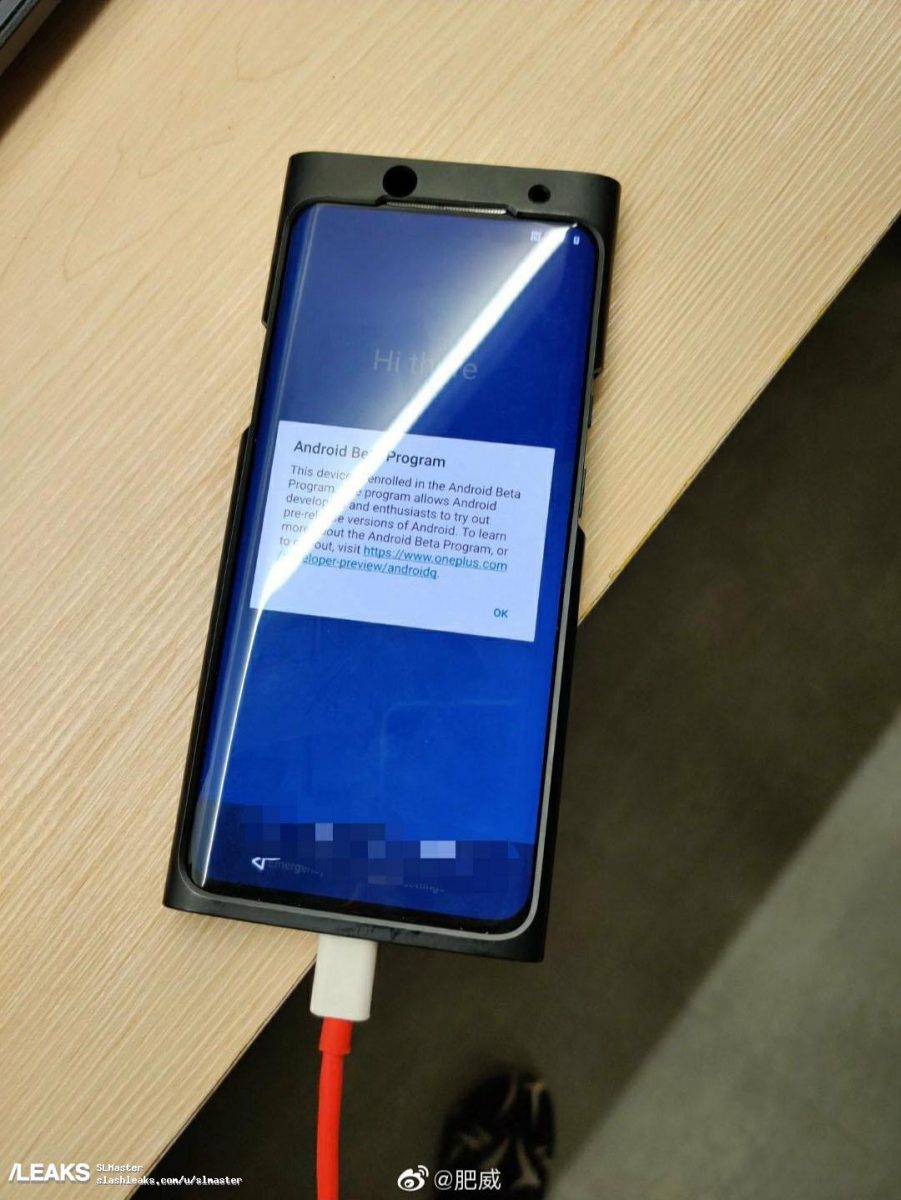 There is also another pretty concrete possibility that OnePlus is about to adopt a new design. The images posted on Twitter by evleaks show a circular cut for the rear camera. The same forms that, among other things, leaked on the net at the end of 2018 with rather truthful images. Whether this will be OnePlus 7T, 7T Pro, 7T Pro 5G or even the future OnePlus 8, however, it is not yet known. 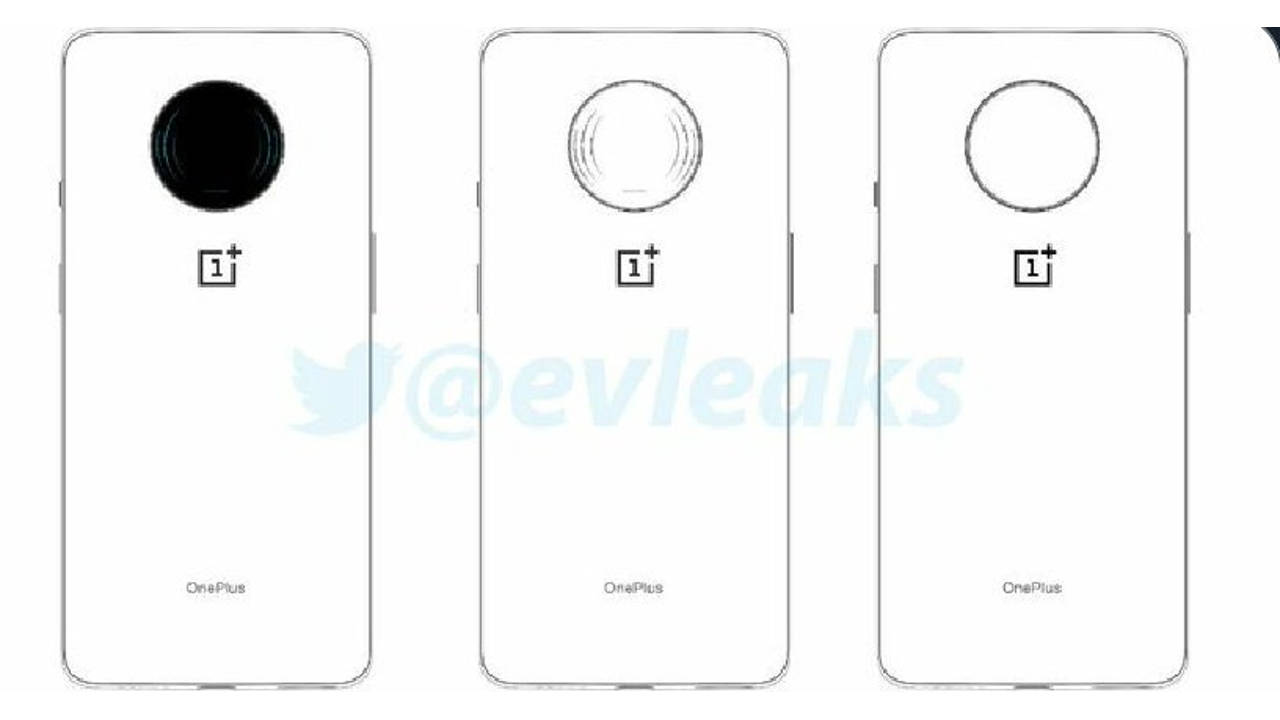 One of the points in favor of OP7 is the screen and the same will be for OnePlus 7T Pro. Unless surprises we should find the same panel Fluid AMOLED da 6.67 "Quad HD + (3120 x 1440 pixels) with a density of 516 PPI and Gorilla Glass 5 protection. If it is called "Fluid" it is due to the high refresh rate at 90 Hz. Below the screen there will be the fingerprint reader again: could it have ultrasound technology instead of optical? 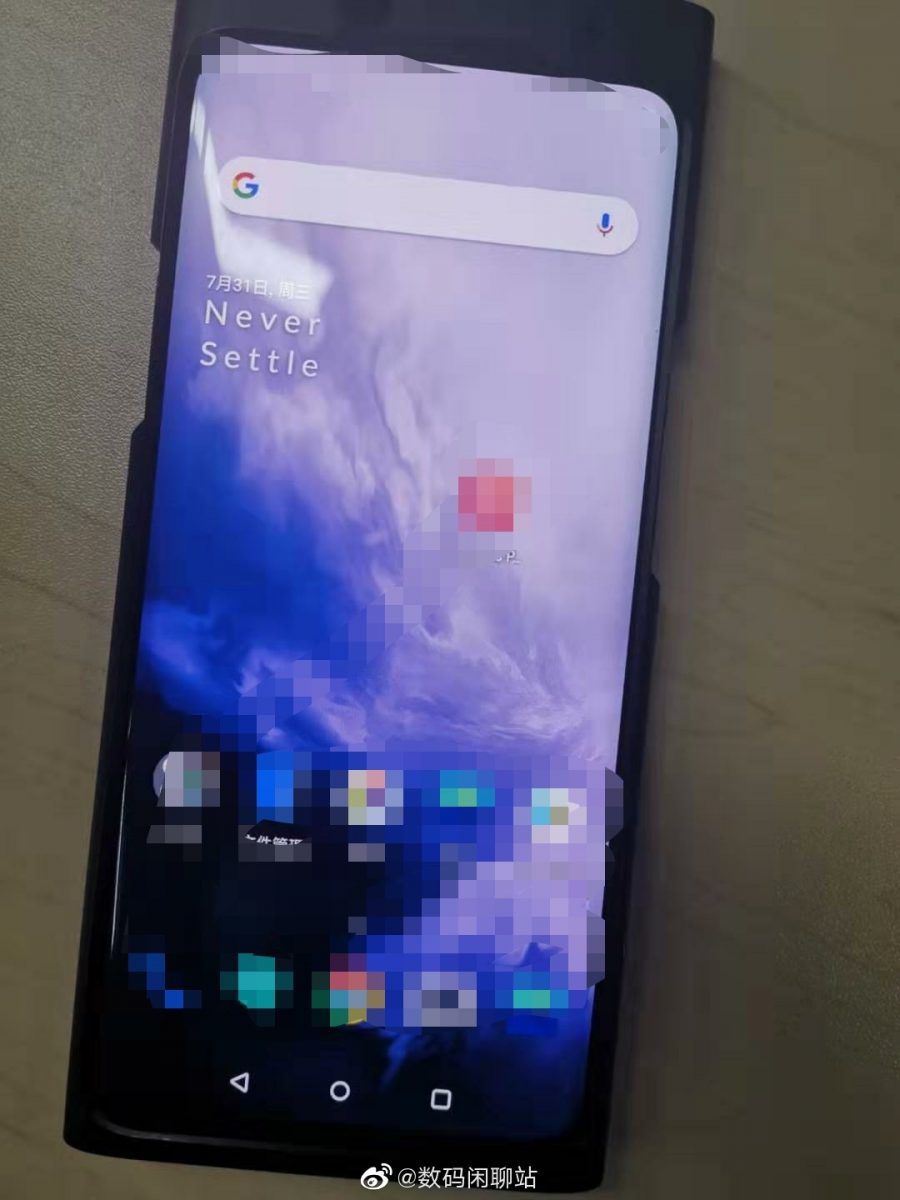 Another leap forward could be in the memories. Not so much in RAM, since the cuts from 8 / 12 GB they are more than enough. The increase could be internal storage, adding a variant from 512 GB for the most demanding users. As for the software, it cannot be ruled out that OnePlus 7T Pro could debut with its own Android Q.

We will hardly see any news on the hardware side in the OnePlus 7T Pro photographic sector. We expect, on the other hand, that OnePlus will be able to resolve software deficiencies seen on OnePlus 7 Pro. Starting from the possibility of having video and Nightscape mode with telephoto and wide-angle, as already anticipated by the management. 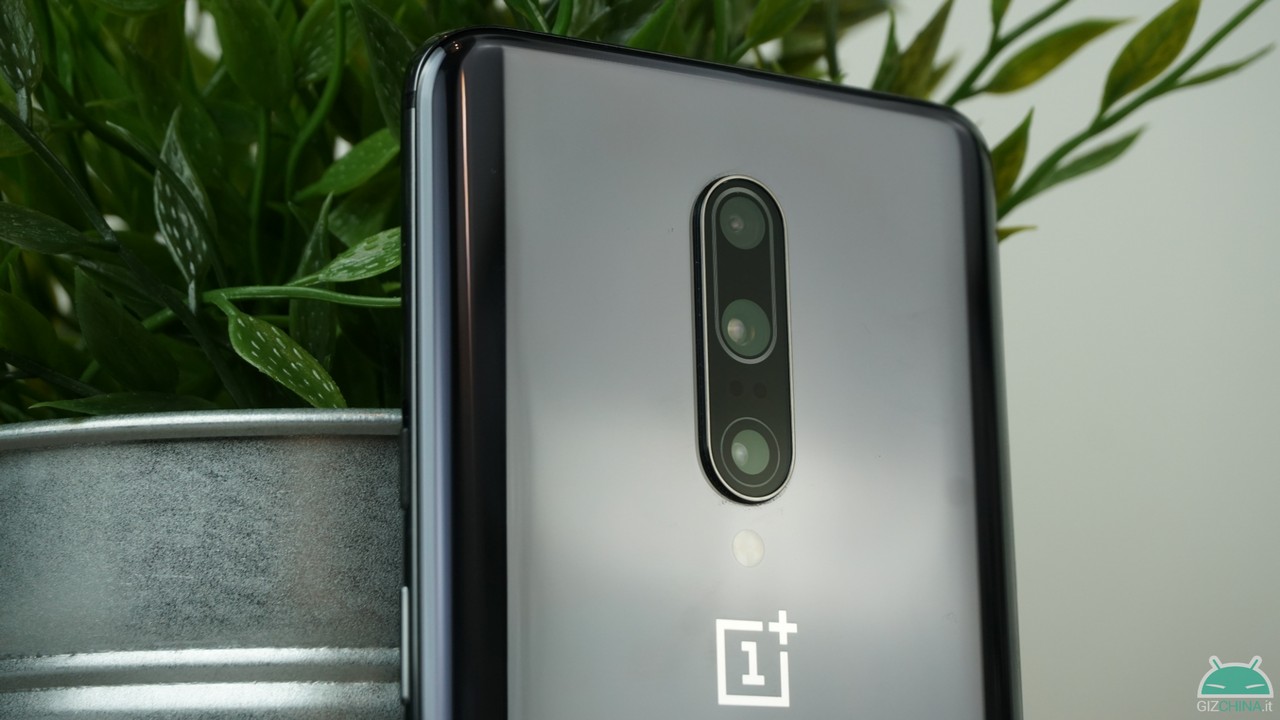 As reported by Financial Times, CEO Pete Lau would confirm the production of a second model with 5G support by the end of the 2019 with global availability. It follows that this could just be called as OnePlus 7T Pro 5G Edition.

Like the years passed with the OnePlus 3T, 5T and 6T, the OnePlus 7T Pro will also be released towards the end of the year. However, compared to the OnePlus 6T this should take place almost a month in advance. There date of presentation it would be the September 26th for the 'India and 10 October per Europe ed USA, While the sales would start the 15 October.

Given the lack of real hardware news, Snapdragon 855 + aside, it is possible that OnePlus 7T Pro will enter the market at same price of OnePlus 7 Pro. The only difference could be for the possible even more premium version from 12 / 512 GB.

Michele Perrone - 05/02/2021 0
There is a reason why OnePlus is moving cautiously in bringing the update to OxygenOS 11 on their smartphones and it's called a bug ....

OnePlus 7 and 7T: how to have the Always-On Display with OxygenOS 11

Gabriele Cascone - 29/10/2020 0
We are almost at the end of October and as usual here is the usual appointment with the experimental releases dedicated to the ex ...

Gabriele Cascone - 23/10/2020 0
In the past few hours the 7 series models have received a new stable firmware update, with various news in terms of bugfixes. Self...

Luca Armentano - 03/10/2020 0
Now among the most popular third-party ROMs we certainly find the LineageOS 17.1, which continues to be supported by several developers. Periodically, in fact, ...

Gabriele Cascone - 02/10/2020 0
The next top of the range 8T is getting closer and closer but the Chinese company's attention continues to be focused on the previous models too ....

GCam Ultra CVM Mod 5.1 is the improved version for Xiaomi ...

Michele Perrone - 24/08/2020 0
Choosing the most suitable version of Google Camera for your smartphone may not be a simple choice. For this there are apps like GCamator, ...

Michele Perrone - 06/08/2020 0
OnePlus is one of the manufacturers that mostly aims to offer high-level performance without compromise, especially since mobile gaming is like this ...

Gabriele Cascone - 22/07/2020 0
These days we are talking about OnePlus Nord, the next smartphone coming to the Chinese house. For the first time...

Michele Perrone - 18/06/2020 0
For months the community has been clamoring that OnePlus introduces one-handed mode. A feature that, in light of the big ...

Michele Perrone - 27/05/2020 0
Following the complaints expressed by the community, from 2019 OnePlus has decided to adapt to the competition, integrating stereo speakers from OnePlus 7 onwards ....

Michele Perrone - 31/03/2020 0
It's time for OnePlus fleet updates. This time we are not talking about the Chinese ROM, from poco enriched with the new voice assistant, but with the update in ...
1234Page 1 of 4

ABOUT US
GizChina.it is the independent and autonomous reference point in Italy on Chinese technology that offers news, reviews, focuses, insights, guides, tutorials and much more on Chinese smartphones, tablets, notebooks, accessories and even lifestyle. GizChina participates in the Amazon EU Affiliate Program, an affiliate program that allows sites to earn an advertising commission by advertising and providing links to the Amazon.it site. As an Amazon Affiliate GizChina receives income from eligible purchases. This blog is not a newspaper as it is updated without any periodicity. It cannot therefore be considered an editorial product pursuant to law n ° 62 of 7.03.2001
Contact: info@gizchina.it
FOLLOW US
© GizChina.it - ​​Giz Srl 01973020660 Change your Privacy settings
Posting ....