Il OnePlus 6 is the top of the company's range arriving in the first part of the 2018. And as with every OnePlus output, the expectation from the community is a lot. Let's find out what it should be features, price e exit date.

Being part of the group BBK, OnePlus shares part of its stylistic choices with the "cousins" OPPO e Vivo. And seen the recent smartphones OPPO R15 e Vivo X21, we can expect some aspects in common, especially regarding the front.

The body should be in glass and metal, combination of materials increasingly used. We speak, then, of a thickness of 7.5mm and a weight of approx 175 g. Looking at the first leaked photo of the phone, this highlights a back design different from the above OPPO and Vivo. 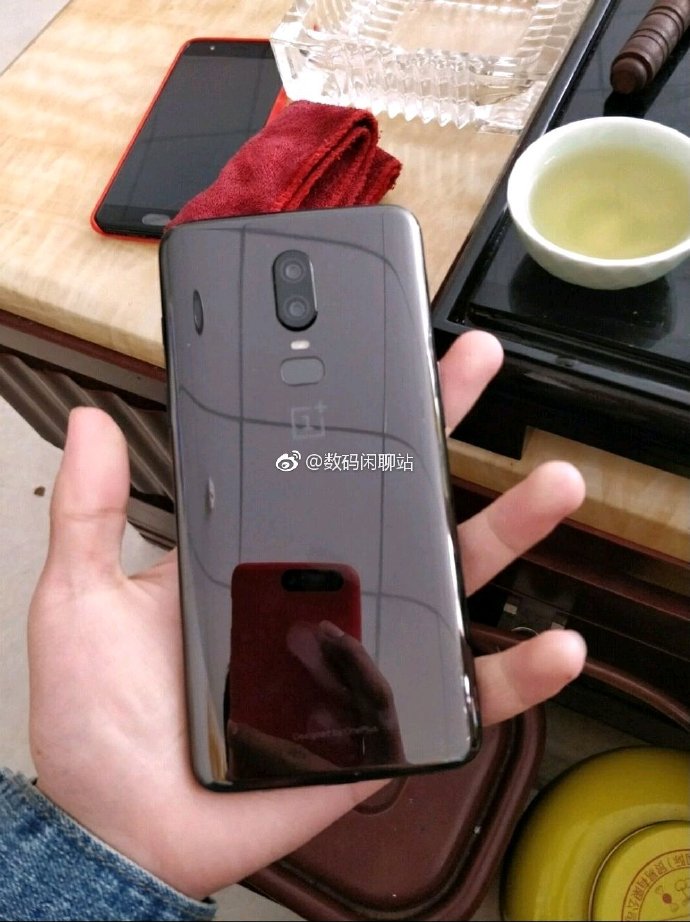 Also this photo posted by the well-known leaker evleaks would confirm these features. In the image in question we see a back with sensor ID e dual chamber above it. However, in this case to confuse is the back cover, not in glass but in what it would seem to be wood or similar. And if you were wondering if it's a skin, this would be denied by the inscription "Designed by OnePlus"On the bottom, which would be covered by an eventual skin. 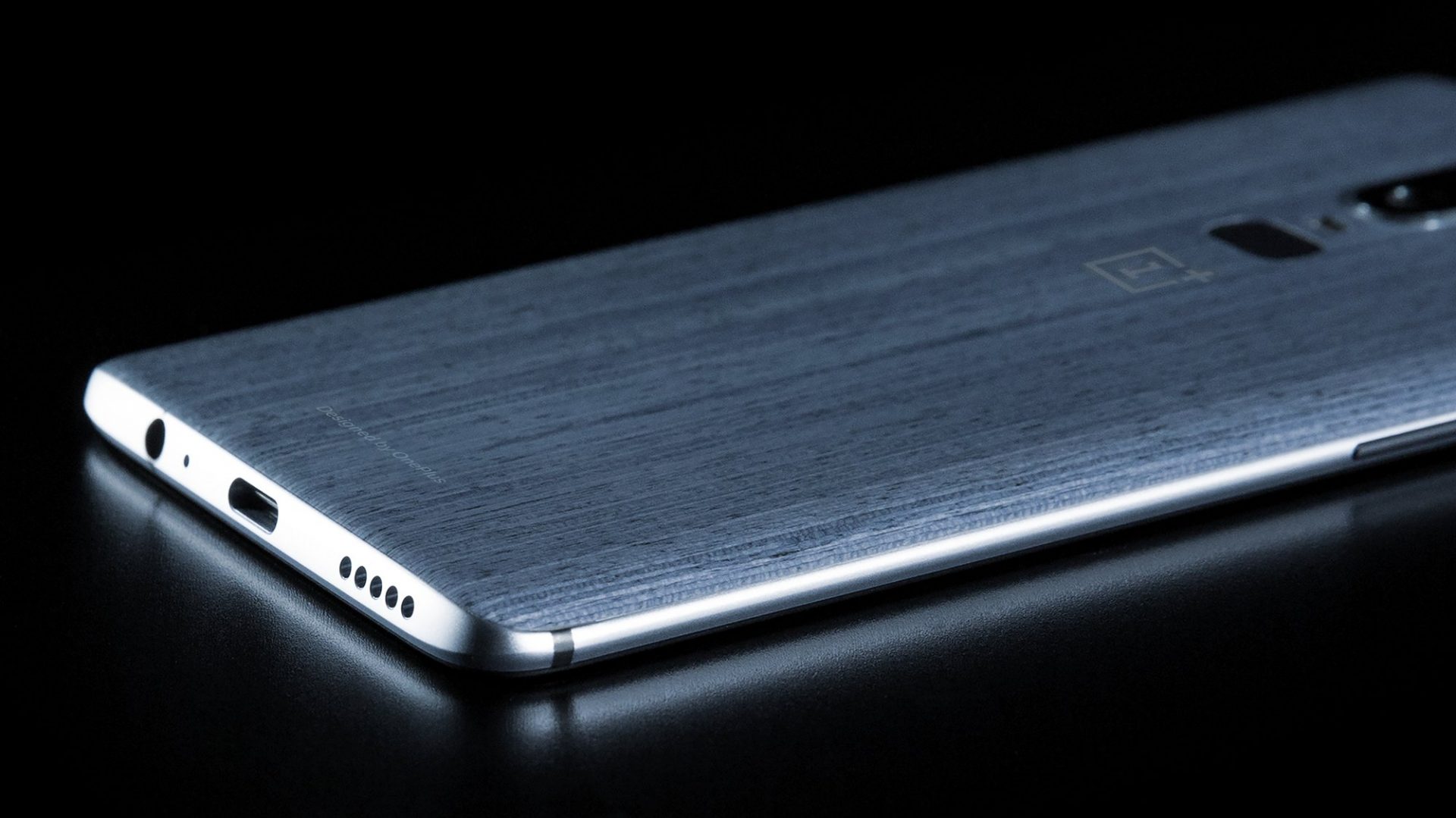 Finally, OnePlus has confirmed the presence dell 'Alert Slider. The much appreciated physical key can be used to manage notifications and audio profiles.

Slide to focus with the Slider Alert. #OnePlus6 pic.twitter.com/LbLbhlwjVh

As anticipated, the front design of OnePlus 6 it should not differ much compared to other terminals in the BBK group. This is also because the company itself has assured that there will be il notch, with dimensions of 19.6 x 7.6 mm. At present, this is a necessary step to offer a high level screen-to-body ratio, which should be around the 90%.

Speaking of screen, the smartphone should offer a large display from 6.28 inches of diagonal with protection Gorilla Glass 5. Almost certainly a resolution will be maintained Full HD + (2280 x 1080 pixels), all in a form factor in 19:9. Few doubts, however, on the use of technology Optic AMOLED, with function of Always-on Display with the screen off.

Like any self-respecting OneNux 6 flagship, even in the case of OnePlus 6 the primary objective will be that of performance. To guarantee it will be the confirmed presence of the Snapdragon 845 of Qualcomm. The 10 nm high-end chipset includes a processor octa-core with architecture Kryo 385 able to reach i 2.8 GHz frequency.

The graphic part, however, is managed by the GPU Adreno 630, while memories side we should find 6 / 8 GB of RAM LPDDR4X-1866 dual channel e 64 / 128 / 256 GB of storage UFS 2.1 not expandable. The smartphone. among other things, it has apparently appeared in the database of Antutu e GeekBench.

To support the performance of the hardware sector we will find software based on Android 8.1 Oreo. With this release of Google, no substantial changes have been introduced but refinements of the system. Obviously, support will not be lacking Project Treble.

And, as usual, everything will be enriched (but not too much) by OxygenOS 5. The main software innovations should mainly concern displays, with the possibility of camouflage the notch. Since OnePlus 6 is a full-screen smartphone, there will be no lack of them full screen gestures with which to replace the keys on the screen.

Even though the 6 Snapdragon is on board the OnePlus 845, the 4G modem will be slightly weakened. Instead of having the X20 modem, with LTE Cat.18 (1100 / 150 Mbps), we will have support Dual SIM LTE Cat.16, with speed of 1000 / 150 Mbps in download and upload. The rest of the sector will include Wi-Fi ac Dual Band, Bluetooth 5.0, NFC and sensors for satellite navigation.

To the delight of many users, the smartphone will officially havemini-jack input from 3.5 mm. However, with the launch of the smartphone should debut the Wireless Bullets, the company's new and first Bluetooth headsets. A novelty that many await is the presence of stereo speaker, even if there are no rumors to confirm it.

As shown in leaked images, OnePlus 6 will have a dual chamber rear, with central and vertical arrangement, above the ID sensor. According to some rumors, we should have two sensors from 16 + 20 mega-pixel with opening f/ 1.7.

We conclude with the energy component, which should be managed by a battery from 3450 mAh. It would therefore be slightly more capacious than the 3000 mAh of OnePlus 5T, but compared to a larger display. Charging will remain effective Dash Charge, with maximum output a 5V 4A.

Since the body is assembled in glass, there are also rumors of the possible implementation of the wireless charging. Also because most of the competitors in the high end offer it.

Given the various official teasers posted on social media pages, it may be that OnePlus 6 may arrive earlier than expected. The launch could take place during the period of April May, with sales to June.

There are several theories about the price of the device. Since the variant has been officially confirmed by 8 / 256 GB, which we suppose will be the most expensive one, it will be interesting to see how the memory cuts will be managed.

According to leaked benchmarks, there should also be a minor variant from 6 / 128 GB. At this point the cut from 64 GB of storage is likely to be eliminated. Or, alternatively, we could have for the first time 3 variants of the OnePlus flagship. Here are the options indicated by the leaks so far released in chronological order:

Luca Armentano - 28/02/2020 0
We are all ready to see the news introduced on the next OnePlus 8 series. At the moment, however, there are many users who continue to ...

Michele Perrone - 25/02/2020 0
After the fourth edition, the Open Beta 6 will be released on board OnePlus 6 and OnePlus 5T. The renewed test version of the OxygenOS ...

Luca Armentano - 04/02/2020 0
They have not been out on the market for too long, but in the smartphone field things change really quickly. OnePlus has already released the whole ...

Michele Perrone - 14/01/2020 0
Even if the launch of OnePlus 8 stands out on the horizon, software support also continues for the former top of the range OnePlus 6 and OnePlus 6T ....

This OnePlus 6 has never been released and is a ...

Emanuele - 17/12/2019 0
While the update of the stable version based on Android 10 has resumed its course, it is time for a new release dedicated to more users ...

Emanuele - 02/11/2019 0
After the debut of the beta version for the former OnePlus 6 and OnePlus 6T flagships, finally users who prefer to use stable firmware ...

Michele Perrone - 20/10/2019 0
As announced at the presentation of the OnePlus 7T series, the update to Android 10 will have some speed. The official roadmap also includes devices from last ...

Michele Perrone - 10/10/2019 0
The presentation of OnePlus 7T Pro (and 7T in Europe) has just ended. On the occasion of the new flagships the company announced ...

Michele Perrone - 26/09/2019 0
When it comes to software updates, OnePlus is one of the most solid companies, thanks to a portfolio of few models. This allows the team ...

OnePlus 6: how to enable refresh rate at 70 Hz

Gabriele Cascone - 29/07/2019 0
Among the trends of the last period there is one borrowed directly from gaming smartphones, or that of implementing displays with more update frequencies ...

ABOUT US
GizChina.it is the independent and autonomous reference point in Italy on Chinese technology that offers news, reviews, focus, insights, guides, tutorials and much more on Chinese smartphones, tablets, notebooks, accessories and even lifestyle. GizChina participates in the Amazon EU Affiliate Program, an affiliate program that allows sites to receive an advertising commission by advertising and providing links to the Amazon.it site. As an Amazon Affiliate GizChina receives earnings from eligible purchases. This blog does not represent a newspaper as it is updated without any periodicity. It cannot therefore be considered an editorial product pursuant to law No. 62 of 7.03.2001
Contact: info@gizchina.it
FOLLOW U.S.
© GizChina.it - ​​Giz Srl 01973020660 Change your Privacy settings