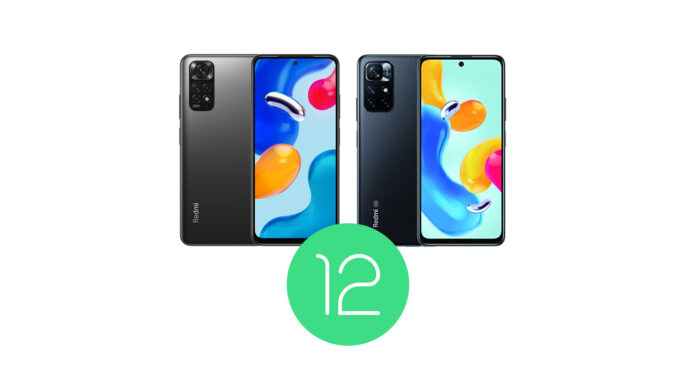 Upgrade 02 / 02: the roll-out of the update to Android 12 for the 4G variant starts in Europe. Find all the details in the article.

Despite being launched on the market in 2022, models such as Redmi Note 11S 4G and 5G they didn't come with pre-installed Android 12 but Android 11 and MIUI 13. A choice that was not particularly appreciated, because it was expected that months after the debut of Android 12, the smartphones on the market already had it. This was not the case forvery large Note 11 family: despite this, the update is being released that brings the latest version of Android to the 11S series as well.

After debuting with the MIUI 13 based on Android 11, Redmi Note 11S 5G is updating to MIUI 13 Global in version V13.0.1.0.SGLMIXM. Like practically every major Xiaomi update, even in this case we should be facing a release Stable Beta, even if there is no confirmation. If so, the update could momentarily arrive only to the Mi Pilot beta testers and then be released to all other users as well.

After the Global release, the Android 12 update for Redmi Note 11S 4G and 5G is also starting in Europe. For the first it is the V13.0.2.0.SKEEUXM, for the second of the V13.0.2.0.SGLEUXM, in both cases of the MIUI 13 EEA in phase Stable Beta. While waiting for the public release, you can download and install it manually (at your own risk):