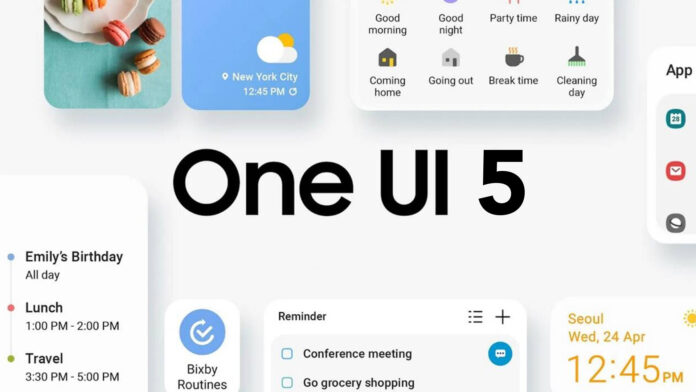 After having been able to test One UI 4.1 and Android 12 extensively, the debut of One UI 5.0 e Android 13 it officially materialized with his presentation at SSDC 2022. A debut that was inaugurated earlier by the beta testing program, which allows interested users to be able to test the new software release on their device. But what are the models that will receive the next major update? Let's see which smartphones and tablets are entitled to it, and what will be the innovations integrated into the new software.

Here are which Samsung smartphones will receive the One UI 5.0 and Android 13 update

The One UI 5.0 update will allow Samsung to improve the fluidity and speed of animations, after the criticisms received in the past. And let's not forget about Android 13, as Google is working on various news, including features for well-being, safety e Gaming. Speaking of features from Samsung, Bixby Text Call he will answer the phone calls in his place, verbatim transcribing the words of the interlocutor. The routines are added modality, with which to activate automated settings based on time.

News also for customizations, with i Video Wallpaper already present in Good Lock and that will become available to everyone and the Smart Suggestions for widgets. The new Connected Devices menu will allow you to monitor the ecosystem of connected products, and the new Share Panel will warn you if the photos you are sending contain sensitive information.

Having said that, let's get to the focal point of this article: which smartphones and tablets will receive the One UI 5.0 update with Android 13? First of all, a necessary premise: there is still no official announcement, therefore there is no real roadmap that lists all compatible models. However, knowing the updates policy by Samsung, we can already draw up a list of those devices that surely (or almost) will have the major update:

The Xiaomi Mijia smart pillow monitors sleep and helps to ...

Does the Xiaomi car look like a Tesla Model 3? The company clarifies