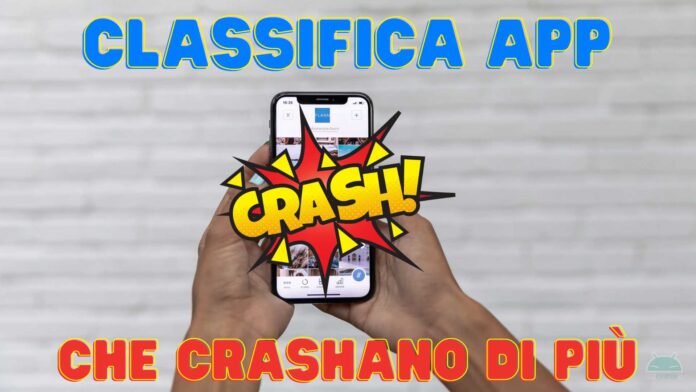 A research has revealed the list of the most unstable apps for iOS e Android, i.e. those applications most prone to crashes and errors that lead to their immediate closure. The research, conducted by uswitch, analyzed the behavior of the most popular apps, comparing their stability.

The search for uswitch has analyzed and ranked the most popular apps featured on App Store e Play Storegathering information about crash reported every million downloads each month. The research also included the user reviews and report, as well as Google searches for app-related issues.

What you find below is the list of the most unstable and most crashing applications on both Android and iOS.

Unsurprisingly, the most unstable app of all happens to be its own Facebook, often criticized for battery and resource consumption. The Meta app, in fact, is among the heaviest in circulation due to the many background tasks that generate problems for the operating system.

In second place there is YouTube, which in the last year has received many negative notes regarding the app's performance. Twitter, however, is the app with the greatest disservices: in fact, there are many hours during the year in which users have not been able to use the social network that has now become Elon Musk's.

As it regards instead the most stable app, the search for uswitch highlighted a surprise winner: Zoom, the video conferencing app, was found to be particularly appreciated by users for the absence of problems and bugs. In fact, the search volume for Zoom-related issues is around 120 queries per month.

What do you think of this ranking? Do you agree with the results obtained from the research? Let us know in the comments by indicating which app you think is the most unstable of all.