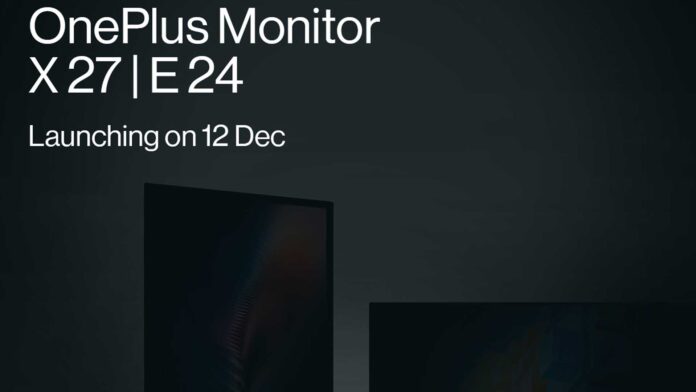 OnePlus announced that in December it will launch two new products on the market, in a market segment in which the company had not yet landed. We are talking about two monitors, model E24 and the model X27: let's find out the details.

Upgrade 03 / 12: the latest teasers tell us about the first specifications of OnePlus monitors, find all the details in the article.

The first OnePlus monitors arrive: all the details on E24 and X27

After making a name for itself in the smartphone market, OnePlus has gradually expanded to other sectors, starting from simple accessories with a few strokes of creativity, including backpacks and various gadgets. We then witnessed the arrival of the first headphones, followed by smart TVs and wearables, and the monitor sector is therefore the new frontier for Pete Lau's company.

The first information published by the company reveals that E24 e X27 will be two monitors respectively from 24" e 27", with the first that will address the average user while the second to the most demanding audience. The latter will be equipped with specifications such as refresh rate a 165 Hz, support AMD FreeSync Premium and response time of 1 ms, ideal features for gaming.

From 12th December the first two OnePlus monitors will be available in India, but at the moment neither the price of the devices nor whether there is the possibility that these products could arrive in the rest of the world is known. The device that will almost certainly arrive in our country is the OnePlus North CE 3, of which have emerged in the past few hours lots of details and renders.