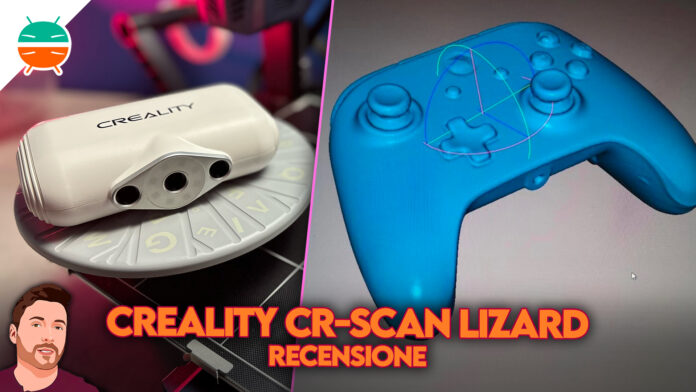 The point is this: even if you have the best 3D printer available, the question that you will surely ask yourself at least once is simple, "ok, but what do I print on it?". Of course, those who are experts in the sector will surely be able to design their own 3D model from scratch, or download the many models available on Thingverse. But what if you wanted to generate a 3D model of an object you have and then print it or insert it in a particular rendering?

It is precisely to those who have these needs that the Creality CR-Scan Lizard, a device which, thanks to its technology and artificial intelligence, promises to open the doors of 3D scanning even to those who don't want to spend astronomical sums.

On paper Creality CR-Scan Lizard it has all the characteristics to become an indispensable tool in the laboratories of any 3D printing amateur, but not only that: in the version we received for testing it also has a plate with which the object to be scanned can be turned and it does everything without use laser technology, which is also much safer for the eyes.

We've been testing it for a few weeks and yes, it was our first time with a 3D scanner. Here's how it went.

The version of the Creality CR-Scan Lizard that we received for testing is the Premium package, which includes a USB-powered rotating base for scanning, a tripod and all the cables necessary for the operation of the device which are stored in a comfortable padded case.

With elegant lines and a weight of 370 grams, the Creality CR-Scan Lizard it is certainly not a product that can go unnoticed. At the bottom it has the typical tripod connector, while all the sensors necessary for scanning have been placed on the front. 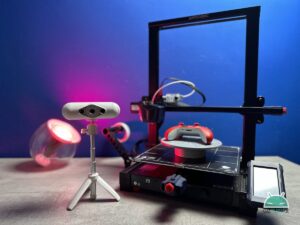 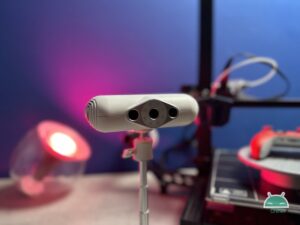 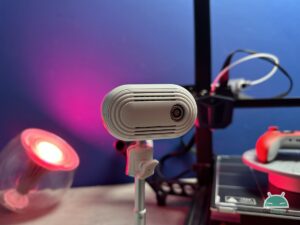 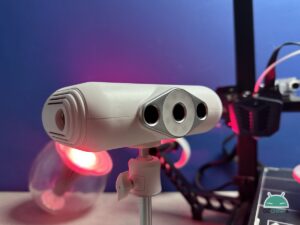 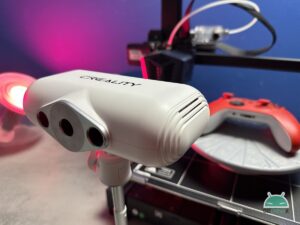 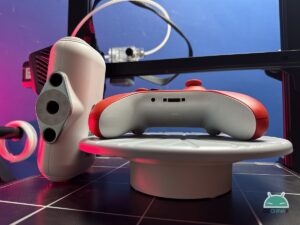 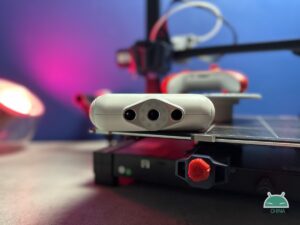 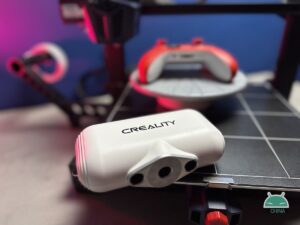 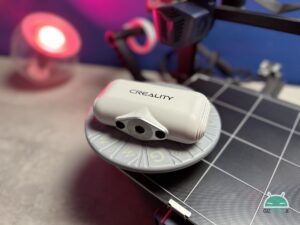 It also has a fan which, it must be said, is not particularly silent, and integrates LEDs that will flash during scanning. On one of the sides there are holes for cooling the device, and the cables must be connected laterally. The device will arrive fully assembled, and to make it work you will only need to connect the cables to the computer (no, unfortunately it is not possible to use it with a tablet, although it would be much more comfortable).

There's also a tripod, which is about 25cm tall, and the turntable you can use to scan is itself USB-powered - sadly though, it's not software-controlled and has no power button. and off, which means that when you connect it to the power supply it will start spinning indefinitely, or at least until you disconnect the cable.

To scan with the Creality CR-Scan Lizard it will be necessary to install CR Studio, a software available for both Windows and macOS which, it must be said, seems designed to be used by people who are already quite experienced in the sector.

However, it is a software that also manages the automatic scanning of objects, greatly simplifying the whole process, with which, however, I won't deny having had a few problems relating to errors or settings that are not exactly very precise, which are not accompanied by very clear indications. Let me be clear, this is still a non-final version, and I am convinced that the company will be able to solve some problems related to the software in order to make it more user-friendly.

Through CR Studio, scans can be saved in STL and OBJ, which means that they can be printed directly with a 3D printer, or they can be opened with your favorite 3D modeling software to apply any touch-ups or textures.

When starting CR studio for the first time, the application will ask the user which operating mode you want to use. Creality CR-Scan Lizard it can be used both in "fixed" mode (Table Scan), i.e. using the tripod and the rotating plate, and in "freehand" mode (Easy Scan): in this way, it will not be necessary to use any support, but just hold vertically the 3D scanner and make sure you can cover all sides of the object you want to scan.

You can also use a hybrid mode, with which you will take advantage of the rotating plate while holding the smartphone with your hand: it is a rather comfortable mode especially for scanning objects that are too large to be acquired with the scanner fixed on the tripod, which I have found particularly useful especially for capturing some details that could be lost if the angle of the scanner was not wide enough.

How to make a 3D scan of objects

Unlike other 3D scanners, the Creality CR-Scan Lizard it does not require the application of any adhesive on the points of the objects and uses an intelligent algorithm that requires virtually no preparation. Its precision is 0,05 millimeters (50 microns) and it uses an IR system to scan: this means that the lighting of the environment in which you are going to work is not important but, if necessary, it is also You can create color mappings of objects using a smartphone or camera and letting the software place the color on the object.

However, after positioning the scanner on the tripod about 30cm from the object, it is important to make sure that the scanner is pointing towards the center of the rotating platform (this is because it is able to "see" up to 400mm from the target object). to scan".

At this point in CR Studio you will need to select the mode you want to use. The "Table Scan" (simultaneous localization and mapping) is the one that suits us, but pay attention to the two items placed to its right: the "Geometry" option must be used for all scans of three-dimensional objects, the "Texture" instead it is used for smooth objects such as paintings.

At this point it will be necessary to set the size of the object, which can be set with the "Large" or "Small" options, and then set the brightness: essentially, it is a setting that varies from 1 to 4, where 1 is used for lighter objects, 2 and 3 for mid-tone objects, and 4 for black objects.

There is also the possibility of previewing what is detected by the scanner: my advice is to always use it before scanning, in order to be sure that you have set the right framing and, if necessary, to run for cover.

Before scanning, it is necessary to make a scan relating to the plate on which the object is positioned: to do this it will be necessary to remove it and click on the "initial" button and carry on the procedure for about twenty seconds.

At this point everything is ready: all you have to do is reposition the object in the center of the turntable, and press the big blue button to start scanning. The scanner will then start taking a long series of images, which can be seen in the "scan count" box and at the end of which it will deactivate itself.

Generally speaking, to complete a complete 3D scan the Creality CR-Scan Lizard it needs to process about 350 images. A certainly not negligible number, which however varies according to the size of the object that you have decided to scan.

Most objects require at least two or three passes to get all the details, and it may be necessary to reposition the object in question so that even the details of higher surfaces are captured.

Carry out all the necessary scans, which vary from object to object, and capture all the angles of the object, you will need to click on the "Process" button which will start the automatic alignment of all the images, it will give you the possibility to eliminate the bases relating to the turntable and will generate the file which can then be printed or modeled in 3D.

What particularly impressed me is the ability to scan as many times as you want for a project. You can reposition the tripod, select a new light level or even the frame rate: all scans are saved in the project folder and you can examine, modify or delete them one by one before creating the OBJ or STL file.

All in all, I have to say that the quality of the 3D scan compared to the ease of use of the scanner is particularly good. With the objects that I tried to scan, I obtained 3D models that were rather precise in detail, but to obtain optimal results it is very important to acquire some manual skills with CR Studio, above all for the elimination of "dead" pixels that could often be detected. and for the alignment of the different scans.

The scans are precise enough to be used as a model in a CAD software although, it must be said, the result you will get is not exactly a perfect copy of the object. Shiny objects, too light or too dark in color could be more complex to capture, but post-production work also comes into play here which, if done properly using good modeling software, would lead to pretty good results.

The price of Creality CR-Scan Lizard is 712 dollars directly on the official website of the brand, or about 676 euros with the current exchange rate. And even if it might seem like a product that is not really suitable for all budgets, I assure you that it is one of the cheapest 3D scanners on the market, which stands out for its quality/price ratio.

Its potential is truly incredible, the precision is good and the possibility of being able to be used both as a fixed station and "freehand" opens the door to many possibilities. What the brand should work on the most, however, is the software, which is still rather immature, and given the freehand mode it would be interesting to also think of a mobile solution, perhaps using a tablet instead of a computer.

Buy the Creality CR-Scan Lizard from the brand's official store!

Buy Now
It does not expire