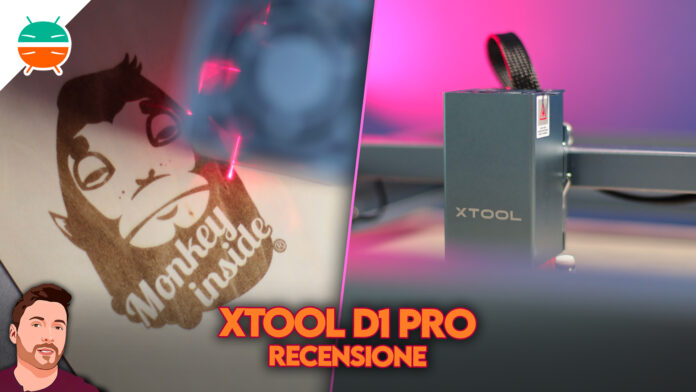 I realize that the vast majority of those reading this article have never really thought about buying a laser engraver. Because, as we know, these are very niche products that have always been aimed at a particular catchment area. Lately, however, things are changing a lot, and more and more people are curious about the subject, who wonder "what can be done with a laser engraver". See it like this: a laser engraver is a device very similar to a 3D printer but, at the same time, profoundly different.

It must also be said that companies have focused a lot on this category of products and for a year now they have been proposing models that are increasingly simple and intuitive to use. one out of allxTool D1 Pro, the evolution of one of the most successful models of the brand, which comes updated in various features, such as the electronics and the laser module and can also be purchased in a more powerful version, with an engraving power of 20w.

The packaging of the xTool D1 Pro it is essentially identical to those of other laser engravers. Also in this case the product will arrive with a completely disassembled cardboard box and with all the accessories necessary for assembly together with a pair of glasses to protect the eyes from the laser.

One of the features that make thexTool D1 Pro is its simplicity of assembly. Let me be clear, there are many screws and it will always take a little patience, but we are finally in the presence of a model that can also be assembled by less expert people, also thanks to the excellent instruction manual which has very clear images. It will seem like a thing of poco but, believe me, it is not.

With a large engraving area of ​​43 x 40 cm, thexTool D1 Pro it is basically made entirely of aluminum. The structure is very solid and all the connection points between the different sections of the structure are precise to the millimeter. In essence, this engraver is able to work on materials larger than a sheet of A3 paper, with a smaller overall footprint than the other models we have been able to test, with a consequent advantage for those who do not have much space available in where to store the engraver. 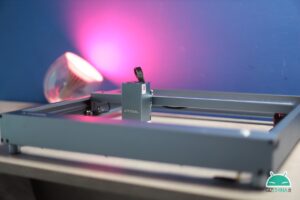 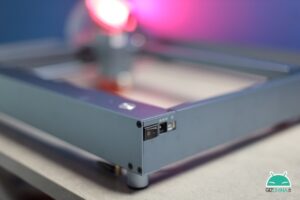 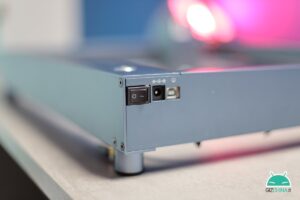 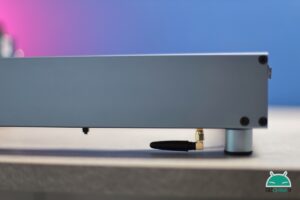 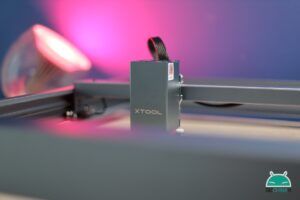 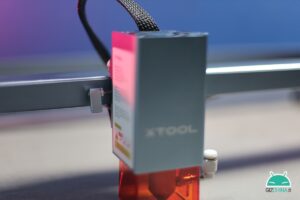 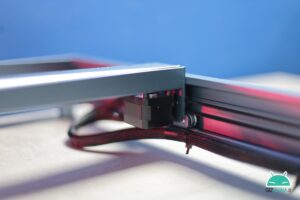 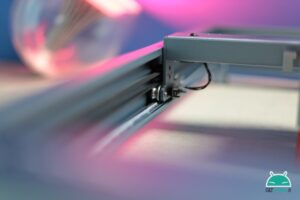 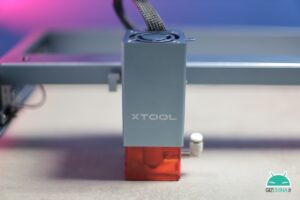 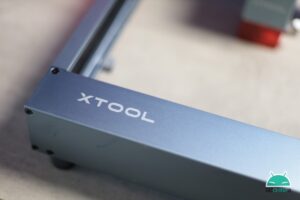 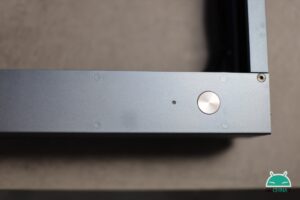 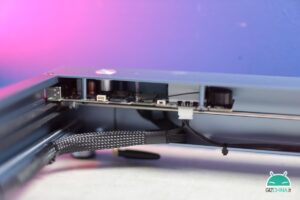 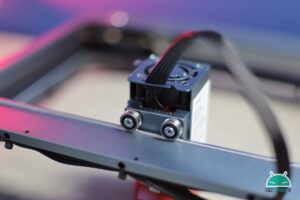 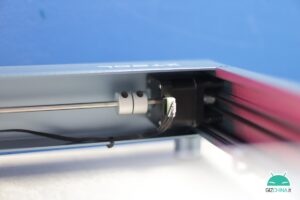 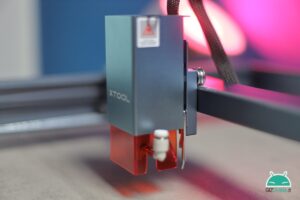 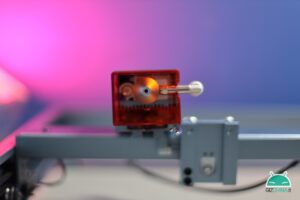 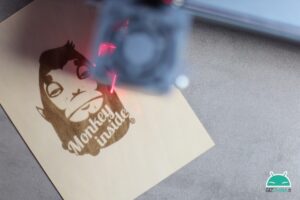 The cables to be connected are well organized, and the connectors on the structure have been positioned in well-reasoned areas, in order to also optimize cable management. All the connections of the engraver have been positioned at the front, on the right, and include a USB port for connection to the computer, an input for a memory card, an antenna for connection to WiFi networks as well as, of course, the input for the power supply.

The on and off key of the device was then inserted in the front structure, which however is not accompanied by any system for immediate blocking of the system nor by a key for activation. However, it integrates a flame detector, which will automatically deactivate the engraver in the event of small fires, and a gyroscope with the same purpose but which will activate if the engraver should be tilted during operation.

The idea that the brand had to give users the possibility of purchasing additional feet which, connected to those already present in the structure, would give the possibility of raising the center of gravity of thexTool D1 Pro up to 90 millimeters, to allow its operation even on products with a higher height.

xTool D1 Pro it can be purchased in three versions which differ substantially in the power of the integrated laser module. There is the 5w version, the 10w version and the 20w version. We received the version with 10w laser module for testing which, like the other modules that can be chosen during the purchase phase, is characterized by a compressed spot system.

In essence, by compressing the size of the light spot that will then engrave or cut, there will be a consequent increase in energy density due to the concentration of power which, in turn, will allow high resolution engravings and deeper cuts on materials : in the 10w model the dimensions of the compressed spot are 0.08 x 0.06 millimeters, excellent parameters that would hardly be found on other lasers with the same power.

Then there is a small gem in the laser module of thexTool D1 Pro: the structure of the plastic protection with which the diode is wrapped is made in such a way as to prevent the engraving from being compromised by the smoke or dust generated by the contact of the laser with the material on which it will work. And this is precisely one of those little things that no brand gives importance to, which however significantly improve the result of the engraving.

What really didn't make me crazy about the system designed by xTool is the laser focus. Let me be clear, it is always precise and it is practically impossible to make a mistake, but to change the height from the engraving point it will be necessary to lower a metal guide integrated laterally into the module and unscrew a screw which is particularly difficult to reach, especially if you have large hands . In short, I would have preferred that the brand had used something more immediate and simple to manipulate.

How to use the xTool D1 Pro laser engraver

As well as all the models we tested, even with thexTool D1 Pro it is important to remember that it is an open engraver and that it will therefore generate a lot of smoke and bad smells. And that's normal: it's a laser engraver, which means that it will burn the surfaces it's engraving on to work. For this reason, my advice is to use the product only in a well-ventilated environment, since its structure does not require the use of a ventilation box.

In terms of ease of use, xTool D1 Pro it is accompanied by a particular feature that I have practically not found in any model that I have had the opportunity to test: a dedicated application. Let me be clear, it can still be used with Lightburn which is the most famous application in the world of laser engraving, available for Windows and Mac, but for a fee, and it can also be used via Laserbox on iPhone and Android.

But in addition to the typical applications that, by now, we have learned to know by heart, xTool D1 Pro it can also be used with xTool Creative Space, the proprietary app with which the brand has greatly simplified the management of the laser and its settings. 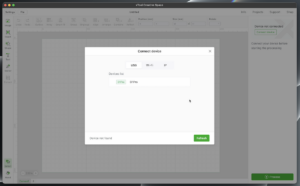 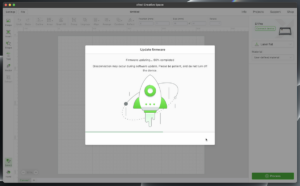 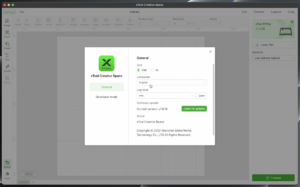 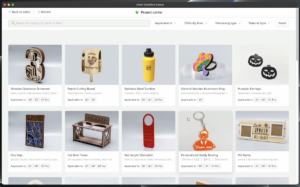 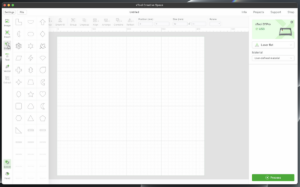 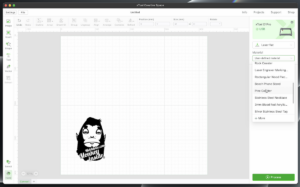 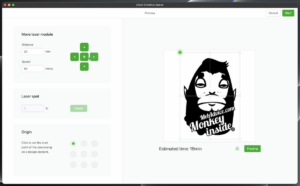 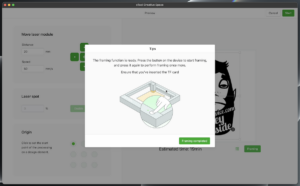 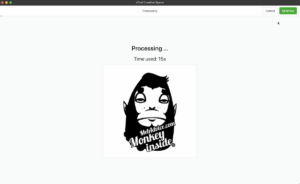 Using it is really simple. Just install it and connect the laser to your computer via USB (or via WiFi) and you're done. The application integrates many types of shapes and text to start using the engraver, which are accompanied by some (simple) vector drawing tools.

The good thing is that thanks to the project card you can also view the materials used and the detailed instructions, including the settings to be given to the machine based on the material. In short, it is a simple app, which however makes the engraving or cutting process accessible to everyone.

It is clear that, once all the key factors for engraving or cutting are clear, and having mastered the concept of laser engraving or cutting, one will probably start using software such as Lightburn or Laser GBL, but the fact that the brand has thought of its own software solution is a detail that I liked a lot.

The selling price ofxTool D1 Pro it is 849,00 dollars but, through the box below, you could buy it at a discount for 699,99 dollars, or about 677 euros at current exchange rates. A price in line with what the market currently offers in terms of laser engravers, with the difference that in this case we are talking about a product full of features and above all simple to use.

And perhaps the simplicity of use, also thanks to the proprietary app perfect for the less experienced, and the simplicity of assembly are the strong points of thexTool D1 Pro because when you want to make products such as laser engravers become "mainstream", simplicity is precisely one of the factors to focus on in order to make even the less expert in the sector understand that it is possible to use these devices even without any experience.

Realme Buds Air 3S review: audio and functions at a price from ...