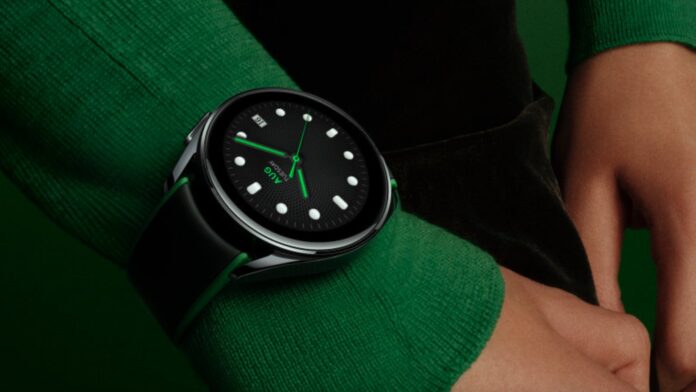 Lei Jun's house is ready to present the Xiaomi 13 series to the world, however the two top of the range will be in the company of a slew of greedy accessories. Between these, xiaomi watch s2, the brand's new flagship wearable: its incarnation has not yet been launched in China Overseas hubs and debut in Europe!

Xiaomi Watch S2 Global: there is already talk of the international version

Let's start immediately by saying that at the moment we still know poco of the new Xiaomi smartwatch. The company has confirmed that we will have two versions – respectively from 42 mm and 46 mm – and revealed the design, but there is no technical information or functionality. The case looks in steel stainless (As the first generation) while the strap in skin helps to give a premium touch. xiaomi watch s2 has an elegant but youthful style, with the two buttons physical and a large screen circular with curved edges.

We will probably find a panel again AMOLED with sapphire crystal protection, a large battery, support for calls Bluetooth (now essential from a certain price threshold onwards), NFC, GPS, wireless charging and voice controls via XiaoAI, the assistant of the Chinese brand.

The 42 mm version should debut in Gold and Black colors while the 46 mm version, in Silver and Black. Finally we also have the first rumors about the price: Xiaomi Watch S2 should start from €134 at the current exchange rate, that is 999 yuan. We recall that the S1 model was launched in China in two variants based on the strap (at 1.049 yuan and 1.149 yuan, or around €141 and €154 at current exchange rates).

After this overview we come to the words of the insider Mukul sharma, known and fairly reliable leaker: according to what was revealed, the smartwatch would already be undergoing extensive testing Overseas hubs. Specifically, we are talking about various European and Asian regions (therefore, in a nutshell, of Europe ed India).

The insider claims we can expect that the launch will take place presto: the international presentation of Xiaomi 13 series is expected for the first quarter of 2023, so it is likely that Xiaomi Watch S2 Global will debut on the same stage.