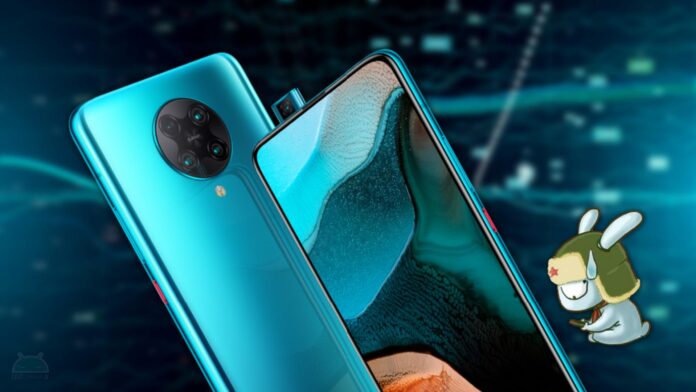 The relationship between Xiaomi and pop-up camera devices is more complicated than it seems. After a handful of devices with this feature, the house of Lei Jun has followed in the wake of the punch hole, opting (like all Chinese manufacturers) for the photo: a solution that leaves the display "clean" and that does not impact on the phone structure. However Xiaomi is still working on one smartphone with pop up camera… and the proof is yet another patent!

Xiaomi had to give up the pop-up camera for a very simple reason: takes up too much space! This was confirmed by the Redmi CEO himself, who revealed the reason behind it the lack of this feature in the K40 series. For this reason the company had to focus on the punch hole and currently we have even arrived at very small holes.

However, secretly Xiaomi continued the work for a pop-up camera smartphone or at least it did in theory. Lei Jun's house has published various patents over time: we have had a revolutionary solution, a curved version and even the idea of a folding with pop-up camera.

In short, although it is a bulky module Xiaomi still seems to be looking for a way to streamline everything. Yet another proof comes from the patent CN217883600U, filed with the appropriate body in China. Again a movable camera mechanism is shown, mounted on an electrical fixture.

At this round we are faced with a simple and reliable solution, which does not seem particularly expensive to produce. Furthermore, it seems that it solves, at least in part, the problem of space.

Obviously it is only a patent and it is said that this can become reality. Maybe, behind the scenes, Xiaomi is continuing to develop this technology to apply it to other products of the brandbut this is a mere hypothesis.