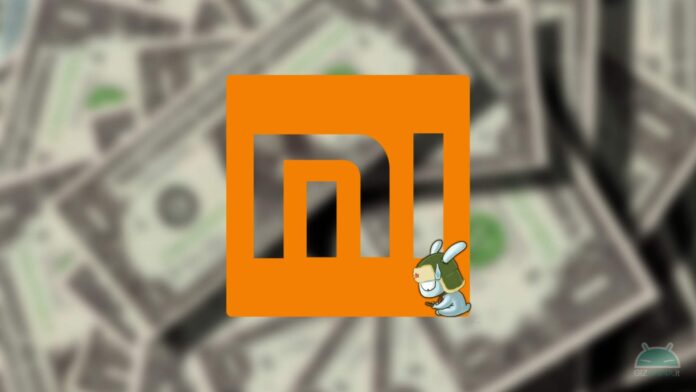 Not long have we told you about the Xiaomi India case: Manu Kumar Jain, former CEO of the company and current VP, has been investigated for an alleged violation of Foreign Exchange Management Act (FEMA). The investigations conducted byEnforcement Directorate have taken place in the past few weeks and have led to the seizure of over 720 million dollars.

Upgrade 06 / 11: there are new implications in the story between Xiaomi and India. Find all the details at the end of the article.

Xiaomi India case, over 700 million dollars seized for violation of the law

Manu Kumar Jain, former CEO of Xiaomi India and current Global VP, has been investigated for violation of Foreign Exchange Management Act. The case was related to a series of foreign remittances made by Xiaomi in China via a third country, thus violating the guidelines of the RBI. The Enforcement Directorate who handled the case recently stated that they had seized as much as 725 million dollars (poco less than seven hundred million euros at the exchange rate) for violation of Rule 4 of the Foreign Exchange Management Act.

According to what was declared by the same direction, this huge amount of royalties was remitted - and therefore donated to other parties - by Xiaomi Technology India Private Limited at the instructions of the parent company. On the other hand, Xiaomi India confirmed that the statements made by the management and the payment of royalties are legitimate and truthful, and it was said committed to working closely with government authorities to clear up any misunderstandings.

Here is the official answer from Xiaomi | Update 04/05

A few hours after the incident, there also arrives response official di Xiaomi, which we report in full below.

“As a brand in the Indian market, all of our operations are firmly in compliance with local laws and regulations.

Da to Reuters news arrives for the case Xiaomi India, according to internal sources of the newspaper note. The Indian court would have suspended the blockade of the 725 million dollars of assets of Xiaomi, which occurred in recent days for suspected violations of foreign exchange laws. We recall that in recent days the Enforcement Directorate has seized the assets of Xiaomi Technology India Private Limited, claiming to have discovered that the company has illegally transferred funds to three entities based abroad in the form of royalties, including a group entity Xiaomi.

As we saw with the subsequent reply from Lei Jun's house, the payments would all be legitimate and truthful, and filed an appeal. On Thursday, the Indian court suspended the decision on the blockade; however it seems that at the moment the ordinance has not yet been made public. Furthermore, there is a lack of comments on the matter both from Xiaomi and from the Enforcement Directorate. However, the case will be discussed on May 12th and we will surely know more when the time comes.

The bitter diatribe between Xiaomi and the Indian government continues. The Chinese company has blamed the authority of India to have exercised physical violence for coercion of its executives during questioning over alleged violation of the nation's tax laws. According to the indictment, vice-president Manu Kumar Jain and CFO Sameer BS Rao would have been threatened with "terrible consequences" to the detriment of their respective families if they did not release the required statements by May 4. Threats that would include arrest, as well as career damage and even physical violence. Xiaomi executives would have resisted for some time, the such pressures and abuses would have pushed them to desist and declare what was requested.

There was no lack of response from India's Enforcement Directorate, stating that the allegations are "false and baseless" and that the two executives deposed voluntarily and in a favorable environment. As an agency with a strong work ethic, it would not have exercised any coercion or threats.

The controversy between Xiaomi and India does not seem to subside, with the Indian government having decided to knock down another ugly tile against the Chinese company. In the past week, in fact, tax officials have frozen another 478 million dollars deposited on Xiaomi's local bank accounts. A sum that is added to the previous sanction, for a total of over 1,2 billion dollars, practically 38% of global profits throughout 2021. The reason basically remains the same, namely the alleged violation of India's tax laws, in this case by purchasing smartphones at inflated costs, in order to sell them, record a lower profit and pay less taxes.

Xiaomi pronounces itself on the clash with India | Update 03/10

Months after the latest vicissitudes, Xiaomi returns to pronounce on its situation in India, defining itself "disappointed”From the behavior of the Indian authorities. India states that i 682 million dollars they were frozen following charges of tax evasion through payments to foreign countries; of these millions, Xiaomi claims instead that l84% were royalty payments against the American chipmaker Qualcomm, with which it has a regular agreement that provides for these payments. The Chinese company said it will continue to protect its interests and those of the shareholders, so we expect the affair to go on for a long time to come.

Details continue to appear on the judicial affair that sees Xiaomi and the authorities of India clash. Following the investigations carried out, Indian investigators claim that Xiaomi would have cheated Deutsche Bank for years regarding cooperation with Qualcomm. The Chinese company allegedly claimed for a long time that it had a legal agreement regulating the payment of the royalties involved in the lawsuit; Xiaomi India would have denied the bank to see these documents for confidentiality reasons, when in reality the reason was their non-existence. This was confirmed by the CFO and CEO of Xiaomi India, Sameer BS Rao and Manu Kumar Jain, specifying that royalties were paid based on the indications received from the Chinese parent company. And according to the Indian authorities, "this shows the intention to get the money out of India according to the whims and fantasies of the Chinese parent". However, Xiaomi India responds by stating that, not being part of the production chain but only a reseller, it has no say in the management of royalties.