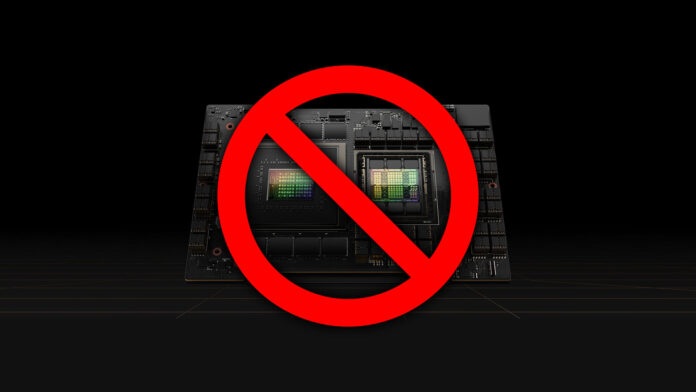 Since when semiconductor crisis became particularly acute, USA e China they are facing hard on the tech market. Especially the United States, which after signing a CHIPS Act of billions of dollars have stepped up efforts towards the chip 4, the technological alliance with Taiwan, South Korea and Japan. The US plan does not only envisage the strengthening of its own industry and that of the allied nations, but also a progressive ostracization of the Chinese one. We have seen it before with Huawei and ZTE, but now the Western bloc is lining up to block China's national semiconductor market. And in between there is also NVIDIA, known to most for the production of graphics cards for gaming but which in reality is also a fundamental piece for the world ofartificial intelligence.

Upgrade 08 / 11: NVIDIA has moved to circumvent the US ban against China, find all the details at the end of the article.

How NVIDIA became the AI ​​leader

Founded in 1993, the American NVIDIA has made a very important name in the IT field with the production of its GPUs, often very powerful graphics cards for areas such as gaming and multimedia creation. Its first GeForce 256 GPU dates back to 1999, it had a 220nm TSMC chip with 17 million transistors, where the current GeForce RTX 3000 series boasts an 8nm chip with a whopping 28,3 billion transistors. But it is in 2006 that NVIDIA creates CUDA, a proprietary architecture developed to make the GPU no longer just a medium traditionally designed for graphics.

If you look at the evolution of CPU and GPU, the latter have had a faster performance increase, opening up new application scenarios: artificial intelligence, deep learning, neural networks e autonomous driving for new generation vehicles. Its main customers include Google, Amazon and Tesla, but also i Chinese EV car manufacturers, which thanks to the AI ​​solutions of NVIDIA can create very high performance products. Whether we are talking about data centers or AI supercomputers, robotics, smart factories, cloud platforms, automotive systems or drones, technologies CUDA-X, Ampere, Hopper, Tensor Core e Multi-Instance GPUs give NVIDIA an edge in the AI ​​world.

Why the US wants to block NVIDIA and AMD

Unsurprisingly, then, the Biden government has asked NVIDIA to stop providing AI solutions to the market of China. The products involved would be A100 e H100, NVIDIA graphics cards capable of delivering very advanced power; A100 has the fastest memory band in the world with over 2 TB / s, H100 is the first in the world with a 4 nm production process, the most advanced currently on the market, and boasts 80 billion transistors; to understand, the powerful Apple M2 has "only" 20 billion.

To confirm the decision of the US is the same NVIDIA, and the move could represent a serious blow to the Chinese technology industry in the field of artificial intelligence; and it is probably no coincidence that China has in recent days presented its AI GPUs to challenge NVIDIA's monopoly. The US decision would not only affect NVIDIA but also AMD: however, according to a company spokesperson, the licensing requirements imposed would only affect MI250 AI chips and possibly not MI100 ones. As NVIDIA states, these new rules were designed by the US government for prevent these AI systems from being used by China in the military. Failure to use NVIDIA and AMD GPUs would put a spanner in the works of the Chinese industry in areas such as voice and image recognition, more thorny topic for China and the Uyghur question.

However, the US Department of Commerce has not yet stated what the criteria behind this export ban are. As stated by a spokesperson, "at this time we are unable to outline specific policy changes, but we are taking a comprehensive approach to implement further necessary actions related to technologies, end uses and end users to protect US national security and foreign policy interests". We are facing the umpteenth move by the US against China and its technology market: in recent weeks, the Biden government has also moved to block the Chinese semiconductor market, both side hardware and software. Nevertheless, chipmaker like SMIC they are showing that these blockades could only slow down but not block Chinese operations.

Maybe it was to be expected, but NVIDIA has changed the cards to get around the limitations of the US ban against China. After having been banned from selling some products to the East, the American company has decided to present a new GPU. Is called Nvidia A800 and it is the alternative to the A100 designed specifically for those Chinese customers who cannot access banned products. The differences between A800 and A100 are not many, except for the NVLink interconnect bus which stops at 400 GB / s instead of 600 GB / s, while memory and GPU clock seem unchanged. While manufacturing a Chinese-only GPU may represent a larger outlay, the Chinese market represents approximately $ 400 million in revenue for NVIDIA.