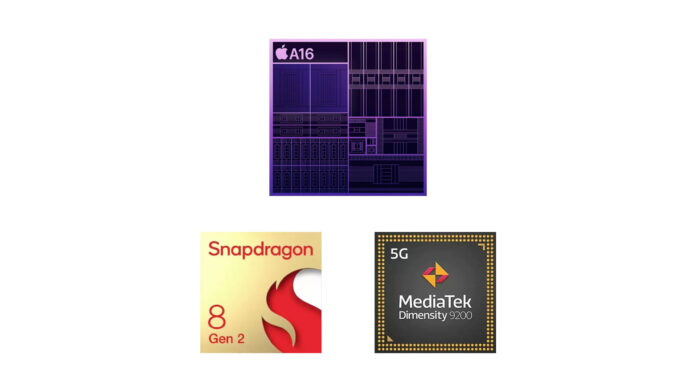 As every year, Snapdragon 8 Gen2 e Dimensity 9200 represent the pinnacle of SoC choice for top-of-the-line Android, but there's always theA16 Bionic that Apple uses on its latest iPhones. When comparing Android and iOS, it is inevitable to compare the performance of both worlds to understand how technological evolution is moving. The two new Qualcomm and MediaTek SoCs are quite fresh from presentation and have yet to officially debut, while the Apple SoC finds its place on the already sold out iPhone 14 Pro and Pro Max. But thanks to the data provided by the first GeekBench benchmarks, it is already possible to get an idea of ​​what the differences may be.

GeekBench benchmarks show us the power of Snapdragon 8 Gen 2, Dimension 9200 and Apple A16 Bionic

First of all, let's see how the CPUs of the three chipsets are structured:

The three SoCs have different architectural structures: Dimension 9200 and Snapdragon 8 Gen 2 are octa-core but the first has 1+3+4 cores, while the second has 1+4(2+2)+3, finally A16 Bionic has a 2+4 hexa-core processor. But despite the fewer cores, it is precisely the CPU of theApple A16 Bionic to unleash the most potency in the synthetic tests, with a score of 1.887 points in single core e 5.455 in multi-core. 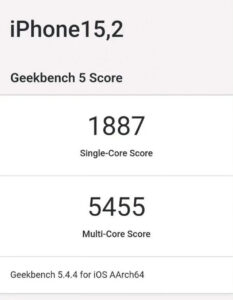 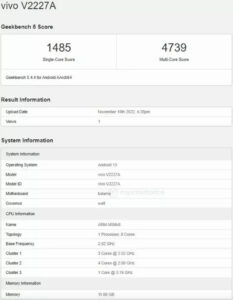 In addition to the higher peak frequency, the Apple A16 Bionic and Apple SoCs in general manage to be two generations ahead in terms of performance thanks to the custom cores. Not by chance, Qualcomm has announced CPUs with proprietary technology which will challenge not only Apple but also Intel and AMD for the PC world.

Coca-Cola could launch its own smartphone in collaboration with Xiaomi, OPPO ...

Virgilio and Libero Mail are still Down: what's happening