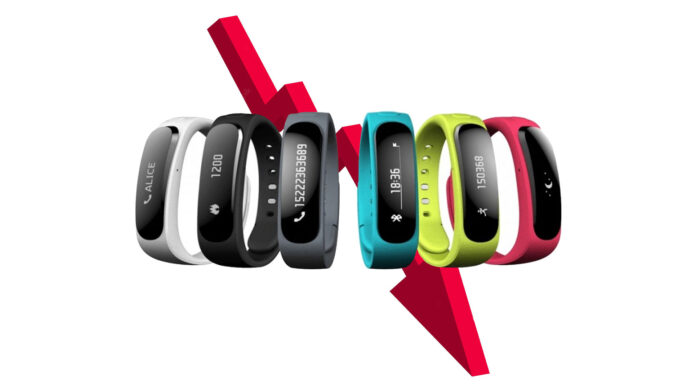 If once they were one of the most desired products for their technological purchases, today around the smartband there is a lot less hype than in the past. To say it is not us but Counterpoint Research, a well-known team of analysts who bring to the plate numbers that confirm a negative trend which has been going on for some time now. After a major peak in 2019, when smart bracelets saw a surge and + 37% growth over the previous year, in 2021 the collapse has arrived. In just two years, it has gone from a positive peak to a decidedly more bitter one for the producers, who have registered a -18% drop in sales.

According to Counterpoint, this decline in the smartband market will continue into 2022 with a forecast of -17%, continuing in the 2023 with -9% planned. But if in the case of smartphone, tablets e PC the economic crisis and galloping inflation are particularly important, for smart bands there are also other factors to take into consideration.

Since the creation of the wearable tech device sector, smart bands have been the locomotive that pushed it and made it fertile ground for many manufacturers. Just think ofhuge success achieved by the Mi Bands, which has undoubtedly contributed to consolidating the image of Xiaomi all over the world. Thanks to their extremely competitive price, they were the perfect gadget to buy and give away, integrating functions such as notifications, pedometer, heart rate monitor and lots of autonomy.

Nonetheless, according to analysts, 2020 was the watershed year for their popularity, given that the pandemic it has sparked different interests in consumers than before. Due to the health situation, more and more people have been looking for products capable of monitor your health, a factor that has made purchases turn in favor of the most advanced SmartWatch. Although smart bands also have them, smart watches often have more advanced health sensors but above all interfaces and apps that are richer in possibilities; not to mention the presence for some smartwatches of the ECG, giving the possibility of having an electrocardiogram just a click away.

Another factor to consider is the price. Until a few years ago, smartwatches had prices for a few, so smartbands were the ideal alternative for those who wanted to spend poco. Today, however, smartwatches are increasingly accessible and at the same time smartband like Xiaomi Band 7 Pro have increasingly higher costs and dangerously close to those of watches. According to forecasts, therefore, manufacturers such as Xiaomi and Fitbit will continue to focus on smartwatches, more expensive but also more profitable and prestigious, while the quotas for smaller manufacturers will increase.