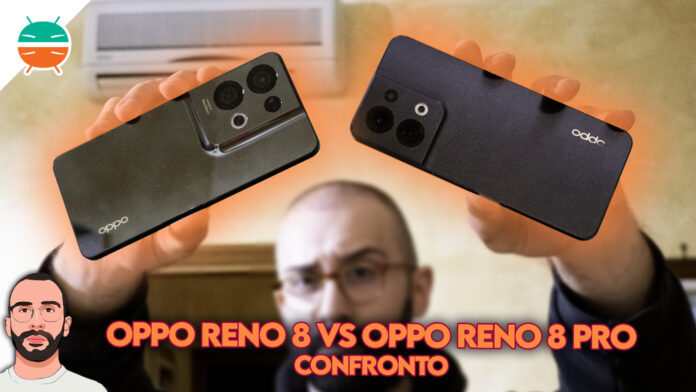 The smartphones of OPPO in the last period they have really been a confirmation: a confirmation in terms of aesthetics and construction, but also in terms of performance and, last but not least, the even more optimized software in the latest models. Personally I happened to try for some time the Reno 8, a mid-range smartphone with a lot of character and its variant has only recently come into my hands Pro, a more expensive version of around 200 euros (at least on list prices) which has its own reason.

A legitimate question that arises spontaneously in these cases is certainly related to which of the two products may be more suitable for your type of use. I tried to answer this question, and I tell you about the main ones Pros and cons of these two solutions.

I want to start fromaesthetic and constructive aspect: the dimensions of the two models are very similar, it is no coincidence that the displays differ by only 0.3″ inches, and the only aesthetic difference that can be immediately noticed is in the back cover, in the PRO variant entirely made of glass with a glossy mirror finish while in the smooth version it is made of plastic, with a matt finish to the touch. For the rest, the two devices are almost identical, with the same arrangement of the lenses and with very few and minimal aesthetic differences.

What certainly stands out is the display of the PRO variant: it is a panel AMOLED from 6.7 " inches with over 1 million colors and 120HZ compatibility as well as certified to meet the latest HDR10+ standards, HLG and so on, all aspects decidedly negligible on the Reno 8 which is stops at just 90Hz and above all it is not compatible with HDR10. Let's say that in everyday use you may not notice the differences, because even Reno 8 has its reason in the quality of the display, but if you are a perfectionist and attentive to detail, this aspect could certainly influence you.

Then there is the technical sheet, which is one of the main items to analyze when we talk about real, concrete differences: the two devices in my possession have both 8GB of RAM and 256GB of internal storage, otherwise of the same type, UFS 3.1. The real difference, as you may have noticed in the screenshots below, is the beating heart under the body: both are made by Mediatek, the Pro version has a 8100-Max at 5nm while the smooth version of OPPO Reno 8 has a Dimension 1300 at 6nm. 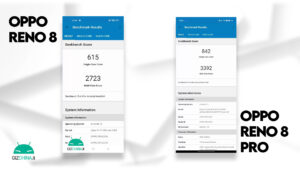 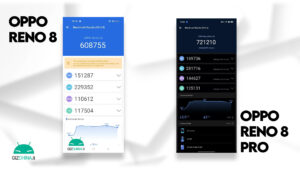 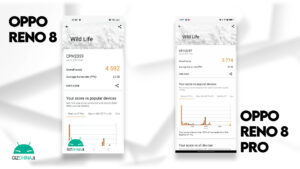 Let's be clear: 90% of users, but perhaps even almost all users (including us insiders) would not see concrete differences in everyday practical use with these two hardware, except when benchmarks are performed. where ok, the Reno 8 PRO leads by a good 25% in both single-core and multi-core in virtually all tests. Anyway, trust me, the smooth version hardware is sufficient in all scenarios and you really won't feel the need for that extra gear.

The biggest aspect that differentiates these two smartphones is precisely the photographic one: alt, let's clarify one thing right away. The hardware is almost identical: the lenses are practically the same on both models, the main sensor is a SONY IMX766 on both 50MP, as well as the secondary optics which are 8MP for the ultrawide and 2MP for the macro lens. The difference is all in the image processing, because the PRO variant can boast the presence of the proprietary NPU on board Marisilicon X, already seen on some other models of the company.

The presence of this technology makes it possible to process the data captured by the cameras and carry out practically all the activities inherent to artificial intelligence, bringing enormous benefits in the speed of shooting and processing of images and effects. However, the differences are significant if we use the two smartphones in the same contexts, and obviously the NPU certainly makes the difference Marisilicon X: while implementing the same sensors, in fact, the PRO variant returns much more natural results with a color balance quite different from the Basic version of the Reno 8, which tends to be a little colder and to "soften" the details which in some cases are almost smooth, unlike the8 Pro which leaves the level of detail unchanged. 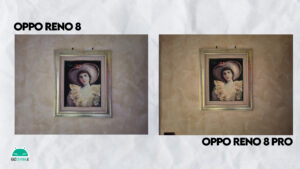 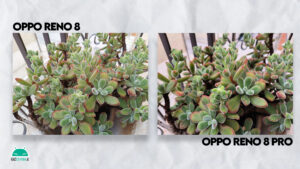 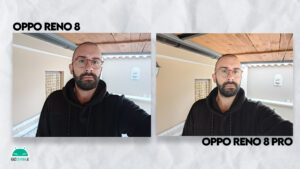 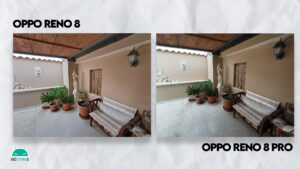 Moreover, by carrying out close crops, it is evident how the two devices manage the processing of the shot in a different way: although the files of the exact same size, about 3MB for each photo, by cropping the photos of the Reno 8 Pro you can see a higher level of detail. At this point, you might wonder if these differences could be relevant in everyday use: the answer is yes, but this should only interest you if you give great importance to the photographic field, from which you demand performance of a certain level. If the answer is yes, then undoubtedly the Pro variant will give you much more satisfaction in this sense, even if Reno 8 is suitable for most average users.

The prices and the verdict

But let's get to the prices, before I anticipated a price difference of about 200 euros between the two models, it is no coincidence that the price list in hand is as follows:

Obviously the list prices have undergone reductions in the last few weeks and we can find smartphones on offer with a bundle full of accessories right on the OPPO store.

The price difference is evident, there is no doubt but the technical and practical differences should also be clear, if you have come to read this far. OPPO Reno 8 PRO is undoubtedly superior, but this comparison was not needed to confirm it: what may be useful for you to evaluate is really how much superior the Reno 8 Pro is compared to the Reno 8, in which case I would tell you, not enough.

OPPO Reno 8, which I personally defined as "not only beautiful, but also of substance" has all the credentials to be able to satisfy you in everyday life: the hardware, although not the most performing ever, will not disappoint you as well as indeed all the rest. It's true, unfortunately the camera is not comparable to that of the PRO version, but you have seen the differences. What about the displays? Too bad for the 90hz of the Reno 8 which in this price range are a bit out of tune, but you could get used to it.

Buy it at a discount

The Xiaomi YouPin coaster keeps your cup warm and ...