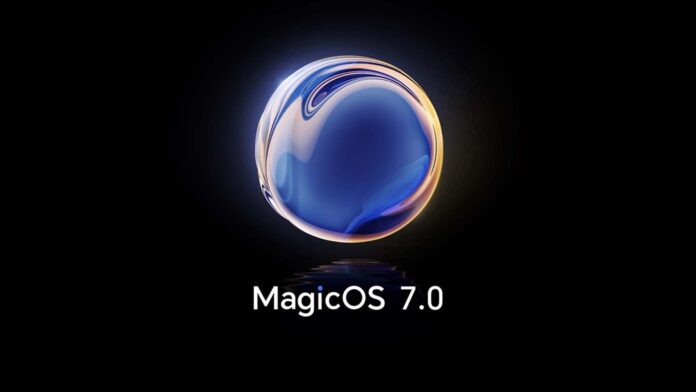 Presented at IFA 2022, the new graphical interface of Honor based on Android 13 is finally ready to arrive on the smartphones of the well-known Chinese company. Lots of news for Magic OS 7.0, especially as regards the design which is now more fluid and pleasant.

Honor presents MagicOS 7.0: all the news of the update to Android 13

At the launch of the 80 series di Honor, the Chinese company has also formalized the arrival of the new UI: Magic OS 7.0. This new interface introduces a complete design overhaul with several new features. However it is good to specify that at the moment The Android version has not been clarified: the 80 range and Magic Vs are based on Android 12. However, the UI should also feature Android 13, perhaps arriving at a later time.

Moving on to the features, the design is much more streamlined with flat icons, smooth animations and the new font Honor Sans used throughout the UI. The new Home Screen accommodates larger folders for easier accessibility, while widgets offer a fully customizable user experience.

There are also new pre-installed apps, such as the video editor and MagicRing: Honor's new solution for seamless file transfer and information synchronization across Honor devices, including laptops and tablets.

Also new for foldable smartphones, which get a split screen keyboard, with support for smart widgets and task managers. With MagicTextFurthermore, users will be able to save the automatically recognized texts in the images in PDF.

With HonorOS TurboX, however, the apps will open with greater speed and responsiveness with lower energy consumption, while MagicGuard will take care of protecting the system and user privacy.

Which Honor smartphones will update to MagicOS 7.0

The new Magic OS 7.0 it won't be available on all Honor smartphones immediately, but the Chinese company will follow a staggered release schedule, with new smartphones supported every month. That's when the new UI will be available (obviously with reference to the China models).