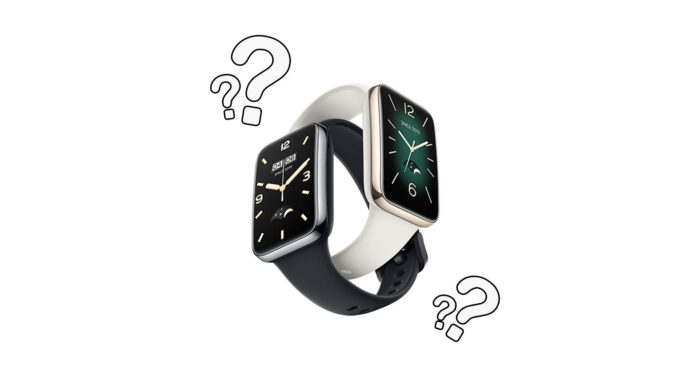 When launching for the western market, I defined the Xiaomi Band 7 Pro as "finally complete“, Having on his side a technical without waivers. However, as its historian teaches us, Xiaomi has often accustomed us to launches of apparently identical products but with different characteristics depending on the geographical area in which they are marketed; and it makes no difference the new Xiaomi Band 7 Pro, previously presented in China and then officially imported even outside the borders, including Italy.

Especially when it comes to smartband, as in the case of the Xiaomi Band 7 Pro, Lei Jun's company reserves a different treatment to the Global models compared to the China ones. Especially when it comes to connectivity NFC, that is, that chip needed to enable functions like i contactless payments. If you think of the previous Xiaomi Band 6, for example, there have been two different versions, one equipped with NFC and one without it.

Apparently, the same will happen with Series 7, because now we find that the Xiaomi Band 7 Pro has no NFC support. And if the basic model is available in China in two versions with and without NFC, in the mother country the Pro model is only available with NFC. This means that Xiaomi has decided to deprive it of this function, evidently considered poco useful on the Global market, which also includes Italy. At this point, all that remains is to understand if a possible Xiaomi Band 7 Pro NFC will be created, even if someone might turn up their noses in the face of a price increase compared to the € 99 required for the Pro model without NFC.