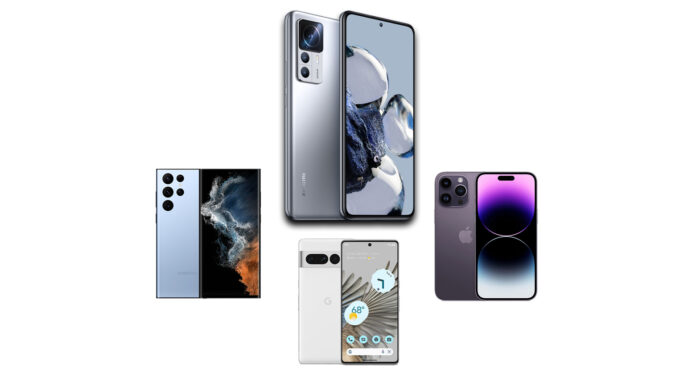 2022 was a fluctuating year for smartphones, either because of the chip crisis, or for solutions like Snapdragon 8 Gen1, Exynos 2200 e G2 tensioner that have disappointed the most demanding. Fortunately, in the second half of the year the arrival of the Snapdragon 8+ Gen1 has raised the situation, alleviating the performance and energy consumption problems that plague many of the flagships in circulation. In this regard, the insider Golden Reviewer has published an overview that helps us understand and quantify this improvement.

The Snapdragon 8+ Gen 1 makes Xiaomi 12T Pro travel at full power, but there is a "but"

Putting aside the bare and raw benchmarks, often pointed out as not being reliable to understand the functioning of a smartphone, the first test concerns the Gaming. Specifically with Genshin impact, which in the smartphone field proves to give its best with the Snapdragon 8+ Gen 1, in particular on Xiaomi 12t pro. Not only the latest top of the Xiaomi range proves to have the best fluidity among all the smartphones tested, but also one of the best values ​​in terms of energy efficiency. With an average of 59.2 average FPS, the device demonstrates an efficiency of 10.3 FPS per watt consumed, with maximum temperatures of 41.5°C, among the lowest in the whole ranking. Excellent results, which place 12T Pro above famous models based on the latest generation SoC such as Apple A16, Dimensity 9000 and obviously Snapdragon 8 Gen 1.

The speech becomes more multifaceted, however, if we consider the speech related to temperature. As anticipated, the Snapdragon 8+ Gen 1 has the same 4nm manufacturing process as the Snapdragon 8 Gen 1, but comes out of the TSMC factories instead of Samsung, which are notoriously better when it comes to efficiency and consumption. But we must always remember that, in addition to the chipset, the management of each manufacturer also affects this, which through cooling systems and various hardware / software devices can improve or worsen the situation.

The Golden Reviewer test then focused on speech stress test of the CPU, useful to understand how a smartphone behaves under stress in the long term. Over a span of 20 minutes, Xiaomi 12T Pro and Snapdragon 8+ Gen 1 demonstrate their superiority over competitors such as Samsung Galaxy S22 Ultra and Google Pixel 7 Pro. Unlike Snapdragon 8 Gen 1 and Exynos 2200 for Samsung and the Tensor G2 for Google, the top of the Xiaomi range preserves its performance even after several minutes. On the contrary, the flagships Samsung e Google demonstrate that they have more conservative power management, as demonstrated by the thermal throttling.

This analysis could work in Xiaomi's favor, but it is by exploring further benchmarks that another truth is discovered about 8T Pro's handling of the Snapdragon 1+ Gen 12. Trying to measure its graphics performance via 3DMark, you get a message error due to the overheating; a phenomenon that we had already reported in our review, both of 12T that of 12S Ultra, as opposed to S22Ultra e Pixel 7Pro. Overheating that does not occur instead of playing Genshin Impact for a long time, and it is normal, because the benchmarks are born precisely to stress and take the tested devices to the limit.