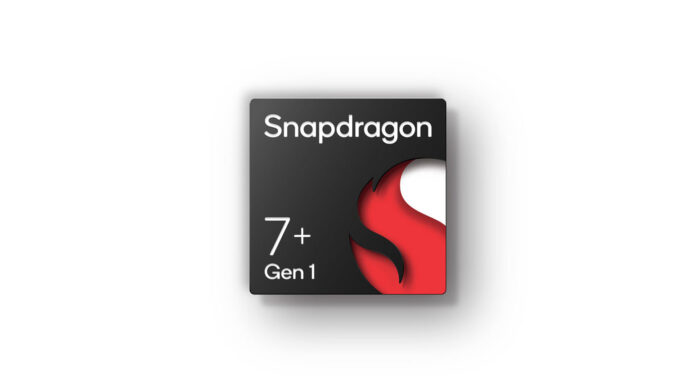 You remember it Snapdragon 7 Gen1, chipset announced by Qualcomm alongside the Snapdragon 8+ Gen1? Probably some of you had forgotten it in recent months, given that since then very few smartphones have had the opportunity to bring it to the public. I refer only to Xiaomi CIVI 2 and OPPO Reno 8 Pro, which among other things are available exclusively in Asia; this means that, at the moment, no smartphone with Snap 7 Gen 1 is available in the west. Considering this, it is almost strange to already hear of the existence of an elusive one Snapdragon 7+ Gen1, but the first rumors about the new Qualcomm SoC are already circulating on the net.

To reveal its existence is the leaker Roland Quandt, although there are still doubts about the name: there are those who talk about Snapdragon 7 Gen 2, but given the specifications, perhaps it is more legitimate to talk about Snapdragon 7+ Gen 1. For the moment , Roland just calls him SM7475, adding that it will re-propose thetri-cluster architecture for the CPU with 1 Prime 2,4xx GHz core, 3 Gold 2,4xx GHz cores and 3 Silver 1,8 GHz cores.

It is not the first time that a situation like the one that has arisen around the poor use of the Snapdragon 7 Gen 1 has occurred. The same happened on Snapdragon 780G, used only on Xiaomi Mi 11 Lite 5G and so much poco widespread to push Xiaomi to create one new version with the previous Snapdragon 778G. If production of the Snap 780G came stopped almost immediately it was due to the 5 nm manufacturing process, which was particularly challenging for factories that continue to be affected by the chip crisis. Also because we are talking about a SoC produced not by TSMC but by Samsung, whose production plants are known to have qualitative problems.

And even if the South Korean company is already looking to the future of 1 nm chip, the impression is that Qualcomm may have decided to shelve Samsung in favor of TSMC. After having made the Snapdragon 8 Gen 1 to Samsung and then the Snapdragon 8+ Gen 1 to TSMC, the same could happen in this case, moving from the Snapdragon 7 Gen 1 produced at 4 nm by Samsung to the Snapdragon 7+ Gen1 product a 4 nm da TSMC. This would justify the scarce difference between the two SoCs, with the new version bringing only a boost in frequencies (in addition to the manufacturing change). Here's why manufacturers would desist from using the current Snap 7 Gen 1: it was rumored than the series Honor 70 he would have mounted it, only to then resort to the more tried-and-tested Snap 778G, the same Xiaomi 12Lite.