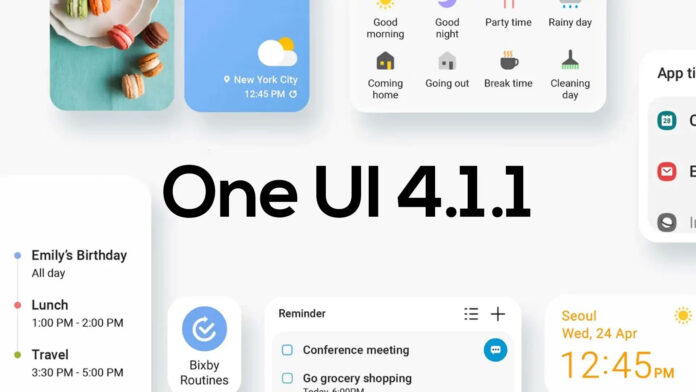 After witnessing the release of the One UI 4.0 on various smartphones and tablets Samsung, we are officially in the relative phase One UI 4.1 e 4.1.1. The first was presented on the occasion of the S22 series with Android 12, the second with the folding Z Fold 4 and Z Flip 4 with Android 12L, and now they are also expanding to the rest of the catalog. The new major update is gradually being released to all other compatible models, so let's try to understand what they are and will be.

I will not repeat what are new in these two major updates, because there is an article dedicated to both One UI 4.1 that the One UI 4.1.1. Based on Samsung's update policies, a provisional list can be drawn up containing the models that will receive these two updates: