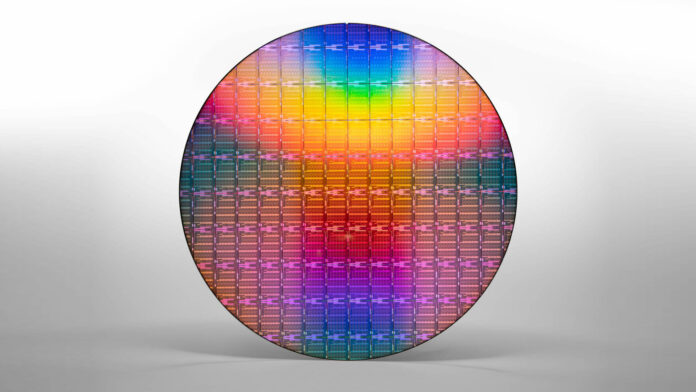 Despite having a discreet presence on the smartphone market, the semiconductor division of Samsung he is not having the best of his times. After temporarily losing an important customer like Qualcomm, that has turned to TSMC, its Exynos division is suffering from competition from Snapdragon; to the point that it is rumored that it could be standby for a few years to be restored. In the meantime, however, Samsung Foundry's implants have beaten the Taiwanese rival, already having given away to production of the first 3 nm chip worldwide, targeting potential customers such as Qualcomm, AMD and Tesla.

Samsung aims to triple its production of advanced chips, also thanks to the US

Meanwhile, today the management of Samsung Electronics has declared its intention to want triple the production of the most advanced chips, in order to catch up with rivals like TSMC and Intel. While 3 nm has become a reality, the 2025 should be the year the first chips will debut a 2 nm, which should be followed in 2027 by the first a 1,4 nm, intended for sectors such as artificial intelligence and super computers.

But there are also those who see this excessive desire for miniaturization as one of the limits of Samsung, which in recent years has disappointed expectations when it comes to Energy Performance. According to insiders, Samsung would have advanced too quickly towards more complex production processes, while TSMC solidified its technologies and long-term relationships with customers; in order to sustain such a complex and expensive industry, it is necessary to have reliable economic relationships to feed it.

This has been noticed with the production of 5 and 4 nm chips, as underlined by co-CEO Kyung Kye-hyun, where Samsung found itself behind on the roadmap compared to TSMC, a step forward also in terms of performance. ; this can be seen with the new NVIDIA RTX 4000 graphics cards, printed with Samsung's 4nm process. At that point, Samsung aimed to be ahead of its time with the a 3 nm, thus becoming the first in the world in view of the 2024, the year in which the most mature will arrive second generation. At the same time, the first 3 nm SoCs for the smartphone / tablet world will arrive in 2023 and will be branded TSMC rather than Samsung.

Going from current 3/4 nm to 2 nm to 1,4 nm chips will not be an easy task, in several respects; to achieve such complexity it will be necessary to collaborate with ASML, the Dutch company that manufactures the necessary machinery to print such small chips. Special plants will also be needed, in addition to those already present, to remedy the supply chain crisis that caused the infamous chip crisis. Not only in South Korea, but also in the USA by taking advantage of his investments CHIPS Act: after the plant built in Austin, a new one should open by 2024, also in Texas in the city of Taylor, in charge of printing advanced chips, probably at 3 nm.

What to expect from 2 and 1 nm chips

Over the past few years, Samsung has spoken out several times on the technological evolution of the semiconductor world. For example at Samsung Foundry Forum 2021, when the company said it was already working on 2nm chip with the new GAA structure, a necessary requirement to be able to build such small SoCs. Or even at the IEDM 2021 event, when the Moore's law was challenged talking about how 1nm chips will change the semiconductor world.