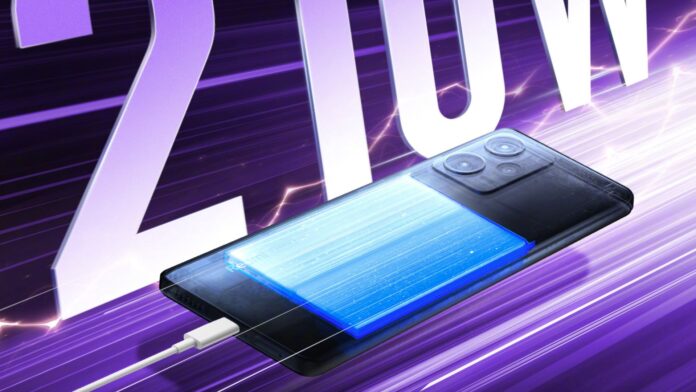 It's been several months since the launch of the Note 11 family, to which they continue to add models, but it's already time to Redmi Note 12. And ever since first rumors, the hypothesis has arisen that the new series of mid-range smartphones should focus a lot on camera e recharge. You probably remember Xiaomi mi 10 ultra, in which the number 120 was recurrent, between a 120 Hz screen, 120x zoom and 120W recharge. Here, it looks just like that with Redmi Note 12 Explorer the recurring number will be 200.

27 / 10 Update: 210W charging has been officially confirmed aboard Redmi Note 12 Explorer Edition. Find all the news directly at the end of the article.

Thanks to first certifications appeared on the net, let's find out what will be the fast charging powers for the triptych of the Redmi Note 12 series, starting from 67W of the basic model "ruby"22101316C and of 120W of the model Pro "rubypro"22101316UCP. But the real surprise would be precisely Redmi Note 12 Explorer, code name "rubyplus"And signed as 22101316UC, whose MDY-13-EU charger would be able to recharge it at the monstrous power of 210W. The technical data reported by the 3C body speak for themselves: the charger would have an output capable of going up to 20V 10.5A.

In May 2021, Xiaomi announced the technology to the general public Hypercharge, with which to charge 4.000 mAh batteries in just 8 minutes, reassuring the public of his safety. The record was then stolen from her IQOO 10 PRO, the first in the world to charge at 200W, and hence the choice of increase (To poco) the power to regain the record of the fastest.

If I talk about the number 200 for Redmi Note 12 Explorer it is also because it is rumored that, after Xiaomi 12t pro, will be the other smartphone equipped with 200 MP camera.

The initial leaks spoke of the presentation of a super charge on board the Pro + model of the series, but now Xiaomi confirms the truth. The fastest fast charging smartphone ever is Redmi Note 12 Explorer: we talk about 210W of power! According to rumors, it will take just 9 minutes to fully charge the 4.300 mAh battery on board the terminal.

As for the word Explorer, Xiaomi explains that the smartphone represents the spirit of exploration of the brand and the desire to always go further (all accompanied by a love for technology). In addition to the 210W super charge we should also find another gem, namely a 200 MP main camera.

If you want to know all the news of the Redmi Note 12 series, here is ours deepening dedicated.