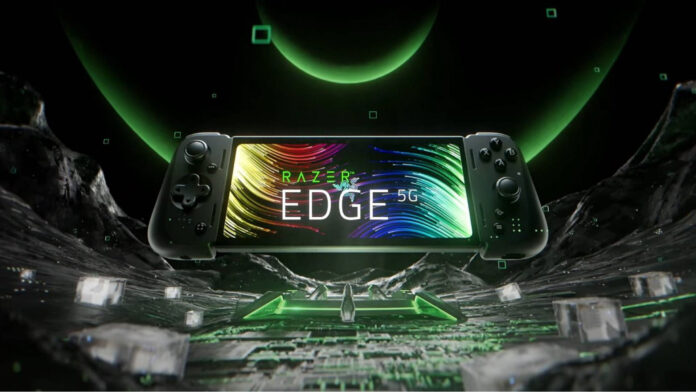 Big news in Android mobile gaming: it arrives Razer Edge, product halfway between smartphone and portable console created in collaboration with Qualcomm. A device that is proposed as a far more than credible alternative to gaming smartphones, three years after that Razer Phone 2 that seemed to have decreed the end of the mobile adventure; not only had a prototype of the Razer Phone 3 never been commercialized, but also the closure of the Theme Store seemed to point in this direction. But here are the cards on the table at RazerCon 2022, so let's see what are the characteristics of the Razer Edge and at what price it will be offered.

Official Razer Edge: all the news on the Android handheld console

Don't call it a smartphone: Razer Edge has a form factor definitely current with the various analog controls on the sides of the display, in addition to the various back buttons, just like a portable console today requires.

But it is inside that we find the real news: in fact, from the collaboration with Qualcomm comes the adoption, for the first time, of the Snapdragon G3X Gen 1, the first SoC designed purely for mobile gaming. The specifics are not yet well known, apart from the memoirs from 8 GB of RAM LPDDR5 e 128 GB UFS 3.1 memory expandable via microSD up to 2 TB.

But what is certain is the latest generation connectivity support. I am referring not only to the standard WiFi 6E and Bluetooth 5.2 but also and above all to that 5G, thus being able to be used also around. If you were wondering, the operating system is based on Android 12, and therefore connectivity is particularly useful for playing all those titles that populate the service catalogs such as Xbox CloudGaming e NVIDIA GeForce Now.

Indeed, we are faced with the world's first 5G gaming device, compatible with thousands of AAA titles from day one - be it cloud gaming services, PC libraries like Steam, pre-installed launchers like Epic Games or native Android games.

This is because, compared to a gaming smartphone, it has from its i Razer Kishi V2 Pro, the two controllers set on the sides of the device, which can still be removed from the body for better portability.

Officially unveiled on October 15, the Razer Edge will launch in the US starting with January 2023, in the Wi-Fi version at the price of €399,99 for the Standard model e €499,99 for the Founder model which includes the Razer Hammerhead True Wireless 2021 TWS headphones; later there will also be the 5G version, for which the price has not yet been revealed. Doubts still remain about its possible commercialization in Italy.