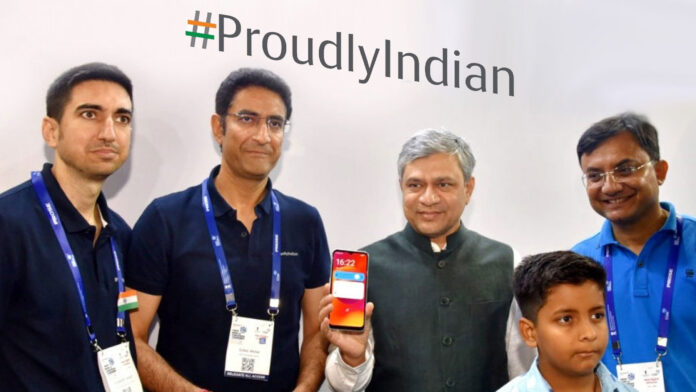 We don't find out today that India e China are increasingly becoming two openly rival nations on the technological world. At present, China is making the big voice on the market, thanks to the existence of brands that are strong both in China and in international markets, including India itself. But for some time now, the Indian nation has been trying to make life less easy for these companies; the actions against it prove it Xiaomi, Huawei, OPPO e vivo, but also and above all to become more independent and focus on local technologies.

Lava Blaze 5G is officially the lowest-cost 5G smartphone ever

In these days, the India Mobile Congress 2022 conference is being held, on the occasion of which India has officially switched on its 5G network, complete with a symbolic cutting of the ribbon by Prime Minister Narendra Modi. In the first phase, 5G coverage will be officially available in the nation's 22 main cities, and then gradually expand to other areas through operators such as Reliance Jio, Airtel and Vodafone-Idea.

Obviously, compatible devices must exist in order for the population to take advantage of the benefits of 5G. On the Indian market there are already several models of 5G smartphones under the Xiaomi, Samsung and Realme brands; by virtue of the greater independence referred to above, it was presented at IMC 2022 Lava Blaze 5G, which prides itself on being the one cheapest 5G smartphone in the world.

Lava Blaze 5G is predictably a modest smartphone: 6,52 ″ HD + 90 Hz LCD screen, 4/128 GB, 50 + 2 MP dual camera with macro and depth sensor, Android 12 and a 5.000 mAh without fast charging. Probably the software support will not be the best, while on the hardware side the MediaTek Dimensity 700 he brings with him a 5G modem at a price "around INR 10.000", which at the change is about 125 €. It will be officially presented on October 24 for the Diwali celebration and will be offered to those who want to travel in 5G without spending a lot. A direct rival for the various Chinese companies, considering that Redmi Note 10 5G is the cheapest, it has very similar specifications but officially costs around € 175.