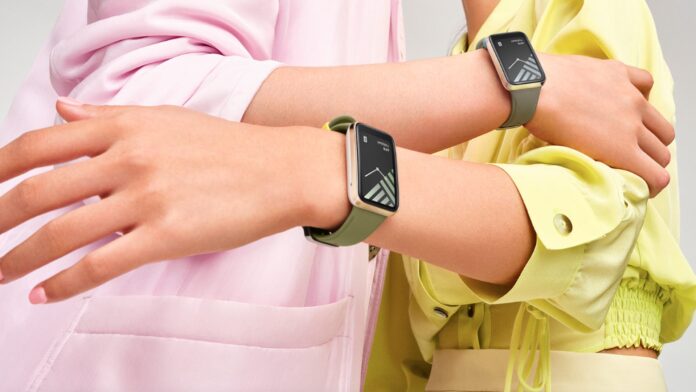 Although some time has passed since the launch in Italy of the latest Xiaomi smartband, the hope of seeing the debut of the Pro version has never vanished. And in fact, the confirmation from the Chinese company has finally arrived: let's go and see when esce Xiaomi Smart Band 7 Pro in Italy and Europe e as coastline in our country!

How much does Xiaomi Smart Band 7 Pro cost in Italy?

The Global debut of the fitness tracker took place in October, during a mega event. Xiaomi Smart Band 7 Pro arrived in Italy together with the top series 12T, Redmi Pad and other products of the Chinese company: a presentation definitely full of news and super greedy for the most die-hard Mi Fans (but also for the simple curious of the tech world).

As it is easy to understand from the additional features of the smart band (such as GPS) the figure rises compared to the base model. So, how much does Xiaomi Smart Badn 7 Pro cost in Italy? The wearable was launched at a list price of €99, with an introductory offer of € 79.9.

When Xiaomi Smart Band 7 Pro comes out in Italy

The new Xiaomi Smart Band 7 Pro arrived in Italy and Europe on 4 October: as regards the actual marketing, sales will start from 7 October on the brand's official store.

It will also be possible to buy replacement straps in six colors different (blue, green, pink, orange, gray and green).

Xiaomi Smart Band 7 Pro: is it worth it?

Is the price of Xiaomi Band 7 Pro really that high? Is it worth the upgrade? For users who expected a figure similar to that of the standard version (59.9 € of price list) obviously there will be a lot of disappointment. However 99 € (and 79 € in promotion) not a bad price taking into account the news.

The smart band, in fact, represents the definitive version of the Xiaomi accessory. We have a twisted design compared to the usual capsule style, but the screen AMOLED reaches the 1.64", we have the brightness automatic, L 'Always-On Display, a larger battery, GPS (but not theNFC, instead present on board the Chinese model).

The Chinese version presents the microphone to call up the XiaoAI smart assistant: do not worry because the Global version has Alexa support! Anyway, to learn more about Xiaomi Band 7 Pro, here is ours deepening.