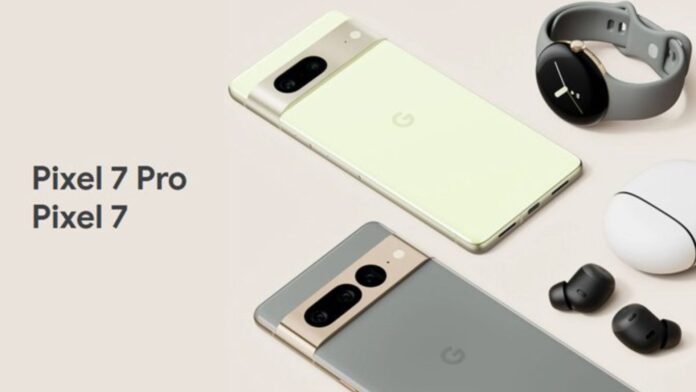 Manca poco at the launch of the new smartphones of the Mountain View giant, and among rumors and confirmed information, we have already managed to outline a rather detailed profile of the next tops. If you want to know how much does Google Pixel 7 cost and the elder brother Pixel 7Pro then you've come to the right place, because there are already some leaks!

06 / 10 Update: Amazon Italy has published the page dedicated to the two models, revealing the prices a few hours before the launch. Find all the details directly at the end of the article.

How much do Google Pixel 7 and Pixel 7 Pro cost in Italy?

Due to an error, the page dedicated to Google Pixel 7 present on Amazon US, with the device identification code (B0BCQXXRJJ) showed the possible sale price of the device.

The model identified is that standard, in the Obsidian coloring and in the configuration with 128 GB of internal storage space. The Amazon US page specifies that The next one will be released 13 October.

As for the price, the figure of $599, which is the same figure as the previous Pixel 6. No details on the variant have been leaked Pro, but the same introductory price as the Pixel 6 Pro is expected at this point, then $899. We specify once again that it is a leak, nothing official, in short.

But how much will the Pixel 7 and Pixel 7 Pro cost in Europe? In this case, the leak comes from Amazon Spain: the portal has published by mistake the price of the standard model, €649 (with sales starting October 13).

After the rumors we move on to the facts: both Google Pixel 7 and the Pro model appeared on Amazon Italy at the price of €649 e €899 : the same as the previous generation! Both models were available in this page, but only for poco: obviously it was an error because the two tops are no longer present in the list. They will likely return after today's event ends, so it's just a matter of being patient for a few hours.

All that remains is to wait for the official launch to find out all the details and news of the new top of the range from Google. In the meantime, if you want to know more, here's ours deepening dedicated to leaks, rumors and confirmations!