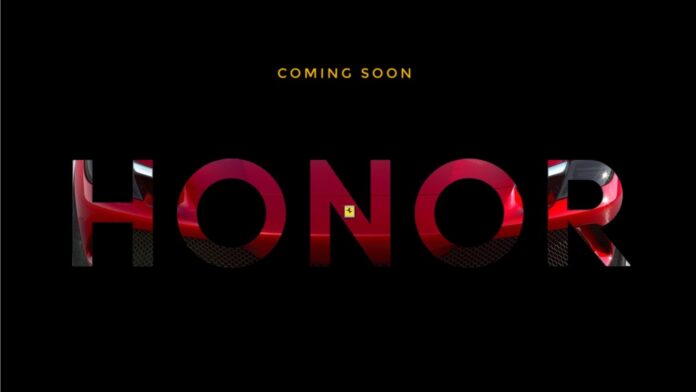 In the Huawei world they are used to it, as well as Redmi for some time: the partnership with car manufacturers, sports or not, is certainly something prestigious. And even Honor knows this well, so much so that an interesting rumor has emerged from a leak that wants a top range with colors Ferrari.

Upgrade 24 / 10: the Ferrari Edition of the Magic V2 is a reality, since the folding smartphone has landed on the TENAA. Find all the details at the bottom of the article.

Honor Magic 5 Ultimate Ferrari Edition: yet another answer to Huawei and Porsche Design?

To report the indiscretion is the leaker Teme, who shows an Honor logo with the Ferrari liveries in the background. So, this opens up to various speeches concerning, most likely, the new Magic 5 series. Considering that there may still be three models, it is easy to trace the Premium version, hypothetically Magic 5 Ultimate, In a Ferrari Edition.

Without a doubt, this would be a curious answer to what has always been there RS Porsche Design Edition chosen by Huawei for its Mate series, which has also been renewed in the range Mate 50. The signal seems clear: Honor wants to definitively put its feet ahead of what was the past, although the style influences are still evident.

After that in the past few hours the leaker Teme had given the first clue, now the situation is clearer, changing the cards a little. In fact, it seems that the Ferrari Edition does not affect the Magic 5 series and the Ultimate model, but the leaflet Honor Magic V2, next folding which will therefore aim to become an absolutely luxury model. There's no official confirmation yet, but it wouldn't be out of this world at all to imagine it.

Honor Magic V2 on the TENAA, the model number leaves no doubt about the Ferrari version | Update 24/10

After some speculation, Honor Magic V2 arrived on the TENAA and, above all, we have indications for its special Ferrari version. But how do we know? The model number that has landed at the ministerial body is FRI-AN00, which recalls the wording of the car manufacturer. Therefore, we are convinced that it is not that far away and that at the beginning November 2022 we will have more details on the launch.

The Xiaomi YouPin coaster keeps your cup warm and ...