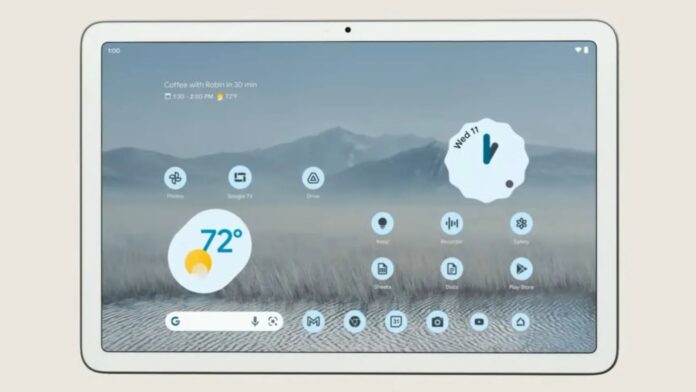 The rumors about Pixel Tablets. This time the rumors emerge directly from the code of the pre-release version of Google Home probably erroneously distributed by Big G: the tech giant would be working on two different docks for Pixel Tablet.

Not long ago, we talked about the first tablets Mountain View home can somehow act as a smart display for Google Nest Hub. To do so Pixel Tablets can actually perform the function of smart screen, it is very likely that the device will come with (or in any case support) one charging base which will hold it at the right height and angle, a base which should also include a speaker - or at least that's what has been leaked Online in the last few weeks.

Now, digging deep into the code of the pre-release version of Google Home, the @ 9to5google team managed to identify some very important information that seems to confirm what has just been said.

According to what is reported by the source, in fact, it seems that Google is working on two separate docks with codename Yuzu e Korlan, both associated with the same code name "Tangor" that we now know to indicate Pixel Tablet.

At the moment, however, there are no details on how the two docks will vary - it looks like Korlan may have one extra features compared to Yuzu, but the Google Home app code does not reveal any details about it.

In short, the story is becoming more and more interesting and we can't wait to find out what the technological giant has in store for next year. We know, in fact, that the launch of the Pixel Tablet will take place in 2023. We just have to wait!