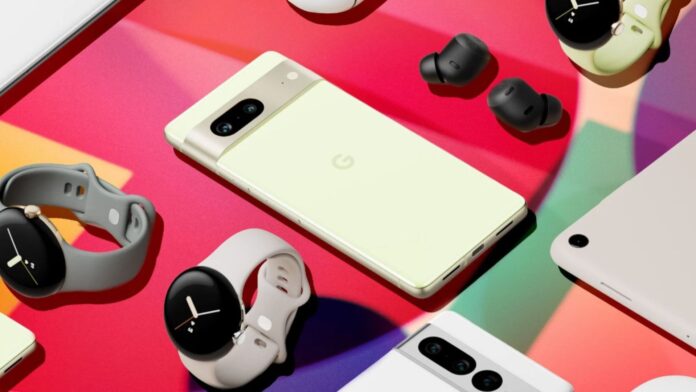 Google, in a new post on the official blog, he wanted to highlight the characteristics of the new ones Pixel 7 and 7 Pro that take care of protecting our data and online browsing, with 5 years of updates and feature drops planned for the new series of smartphones.

Going into the specifics of the Google Pixel 7 and 7 Pro software updates policy, the US company has confirmed at least 3 years of major Android update (with new features) and a total of 5 years of security updates.

The focus on user privacy and security continues with the new chips Google Tensor G2 e Titan M2 supplied on Pixel 7 they take care of protecting personal information at the hardware level with a completely end-to-end approach, with verifiable protections at every level: network, application, operating system and multiple layers on the silicon itself.

The absolute novelty, in this case, is that the chip Titan M2 by Google has been certified according to i Common Criteria PP0084: the international standard for hardware security components also used for ID, SIM and bank card security chips.

This new approach adopted with Pixel 7 allowed the company to minimize the imprint of identifiable personal data, while limiting access to the latter with end-to-end encryption and secure enclave keys.

The news does not end there: since it is important to be able to maintain your privacy even online, Google has announced that during the year the owners of Pixel 7 and 7 Pro will be able to use the Google One VPN at no additional cost.

VPNs (Virtual Private Networks) allow you to browse while maintaining anonymity, but unlike traditional VPN services, VPN by Google One uses the Protected Computing to make it impossible for anyone to link online traffic with their account or identity.

Coming up with a neighbor Feature Drops, Furthermore, Android 13 on Pixel 7 will allow you to keep every aspect of your privacy under control. Thanks to Quick settings, you can take immediate action on security issues, or check which apps are running in the background and stop them easily.