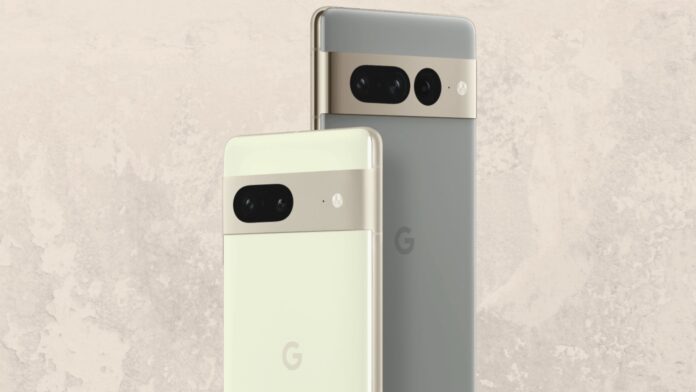 Google has finally announced the launch date of Pixel 7 e 7 Pro and anticipated some of the features of the new, highly anticipated smartphones. Between official confirmations and indiscretions, in this article we offer the point of the situation on the next Pixels, with everything that has been leaked so far on design, , technical specifications e price of series 7.

Upgrade 05 / 10: from the specifications of Google Pixel 7 and 7 Pro comes a new feature for the series, albeit with many doubts. Find everything in the "Features and technical specifications" section.

Google Pixel 7 and 7 Pro: everything we know so far

The appearance of Pixel 7 e 7 Pro it was partly revealed to us by Google itself, and partly by the hands-on video numbers that have ended up Online in recent weeks. Many available colors (Obsidian, Snow and Lemongrass for the basic variant, Obsidian, Snow and Hazel for the Pro variant), embellished with a glossy finish. The iconic is back visor hosting i camera sensors together with the LED flash to characterize the rear body of both smartphones, while on the right side we find the power button and the volume rocker, and along the lower edge two speakers and a USB-C port. As far as protection is concerned, we expect the certification to remain unchanged IP68 against liquids and dust.

Moving on to the screen, it appears that Google may slightly reduce the display size by Pixel 7 a 6,3", while Pixel 7Pro it could keep the same dimensions as its predecessor and therefore present a screen from 6,7". The resolutions of both models would remain unchanged: that means display Full HD + with an update frequency of 90 Hz for Pixel 7 and a display LTPO Quad HD + with an update frequency of 120 Hz for the BESS. It is the display brightness that could improve with the Pro variant, which is rumored to reach 1.000 nits.

Google has confirmed that its new Pixel smartphone series will be powered by the SoC Tensor G2 second generation. In addition to the fact that it will integrate a renewed modem and that it will offer even more advanced features (especially for the camera), we would see the co-processor revived Titan M2 for security management. According to some rumors, the CPU would adopt the same 2 + 2 + 4 architecture as the first generation SoC Tensor, with two high-performance cores, two mid-cores and four low-power Cortex-A55 cores.

However, from some spec sheets, on the side of the SIM compartment it reads "MicroSD Tray“, Thus admitting the possibility of expansion. This, however, clashes a little with the fact that memories are UFS 3.1, therefore difficult to approach a flash memory. Likely to be entered for technical speeches, but never say never until launch. The fact is curious because they would be the first Pixels with this feature.

Turning to photo gallery, rumors want the Google Pixel 7 to be equipped with a Samsung main sensor GN1 from 50 MP with autofocus LDAF, accompanied by a Sony ultra-wide angle lens IMX381 da 12 MP. Variant BESS, in addition to that, it should also include a telephoto 5x Samsung GM1 from 48 MP. Among the software features we find modes such as High-Resolution 8x / 30x Zoom, Real Tone and Movie Motion Blur.

On the front, however, we should again find a Samsung 3J1 camera from 10,8 MP.

The launch of Google Pixel 7 e 7 Pro is expected for next 6 October. Google has also revealed the day when it will be possible to pre-order the new smartphones, with a nice video in which the appearance of the Pixel 7 Pro is censored, despite the fact that it was the company itself unveiling the design a long time ago. . And therefore, pre-orders will open on the same day as the presentation of the new smartphones, or October 6, 2022.

As regards the price of Google Pixel 7, the basic 128 GB version was mistakenly anticipated by Amazon: we are talking about $ 599.9 in the USA and €649 in Europe. These are the same figures as the previous generation (although there is still no official confirmation). It is therefore expected that too Pixel 7Pro is marketed at the same price as its predecessor, which is $ 899. In Italy both smartphones could be available at the price respectively of €649 e €899. Beyond that, the information listed by Amazon reads that Pixel 7 will be released on 13 October.