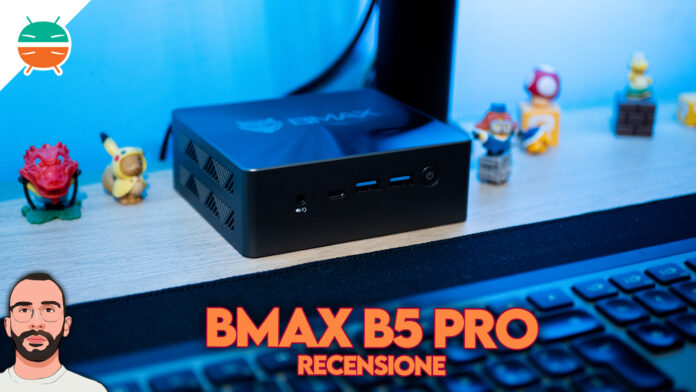 I believe that there is not much information on Mini-PCs online, a category of devices that is perhaps a little underestimated but which, personally, I find very interesting in different scenarios. Recently Dario tried a GEEKOM Mini Air 11, a rather cheap product that however had its why: I, on the other hand, had the opportunity to try something slightly more expensive and that can be considered really useful in many scenarios of use.

The protagonist is the BMAX B5 Pro, produced by a company that we have already dealt with in the past in the tech field with some tablets: the beauty of this mini-pc lies in the fact that it abandons the usual Celeron processor that distinguishes part of these devices, and carries an Intel Core i5-8260U.

The contents of the package of this BMAX B5 Pro includes:

BMAX B5 Pro it is a rather conventional Mini-PC: it has very compact dimensions equal to 125 x 112 x 44mm and is made entirely of plastic with a knurled finish at the top where the brand is well displayed. On the side parts there is room for a lot of slots that do not go unnoticed and allow the mini computer to have a good heat dissipation capacity, while on the front there are the most useful inputs in the daily environment.

Starting from the left, in fact, there is the 3.5mm jack for headphones, followed by a USB-C port and two USB A 3.0 ports, and the classic power button for switching on, standby and forced restart of the device. Behind, however, there is a button for forced reset, a MiniDP input, an HDMI port, two USB 2.0, an RJ45 and the DC connector for power supply.

I found very clever the presence, at the bottom in correspondence of the feet, of four threaded inserts that allow us to hook the miniPC directly behind the monitor: this is the classic VESA format available on almost all screens and televisions which allows us, in fact, to install this computer in a totally invisible way, given its extremely compact size.

As I anticipated at the beginning, what makes this BMAX B5 Pro different from almost all of its competitors on the market is, in fact, the hardware it is equipped with: the company, in fact, unlike its competitors who are increasingly aiming often on a Celeron N5095, a more recent processor but limited in terms of performance, he preferred to start with a more interesting CPU like the Intel Core i5-8260U. The nerds will know that this i5 is actually more obsolete than the most widespread Celeron solution, but in terms of performance it can guarantee a performance of about 40% higher for the same consumption, as both have a TDP equal to 15W.

The CPU, in any case, is Quad-Core (8 Thread) with maximum clock up to 1.6Ghz and Turbo Speed ​​up to 3.9Ghz and is flanked by 16GB of DDR4 RAM memory (which can be further extended up to 64GB) as well as from a very fast 512GB NVMe SSD. On the technical front, this Mini-PC is superior to many other alternatives in circulation: obviously it cannot necessarily boast of a dedicated graphics, it will have to settle for the usual Intel UHD Graphics 620, a GPU that can handle 4K in video playback. without difficulty but is not suitable for heavier titles, no matter how recent they are.

To stay on the video theme, the BMAX B5 Pro it can manage up to 3 video inputs with a maximum resolution of 4K / 60HZ. As for connectivity, however, we have the latest Wi-Fi 6 and Bluetooth 5.2 standards available.

I don't want to go around it too much and I don't want to keep you on your toes: despite the hardware I just told you about, the BMAX mini pc in purely performance terms cannot be a dragon, but let's be clear about it. It is a computer suitable for carrying out more traditional office, student, multimedia and management operations. The contexts in which these Mini-PCs get the most success are precisely these, it is no coincidence that it is very common to find solutions of this type in school or university computer rooms, in the backoffice of a department store to manage stocks, invoicing. and the billing of large orders or more simply behind the TV at home to use it as a real multimedia HUB where you can play films or transform a TV that originally is not into a smart. 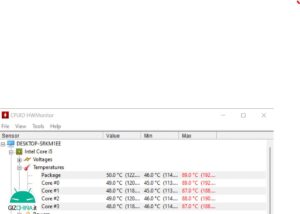 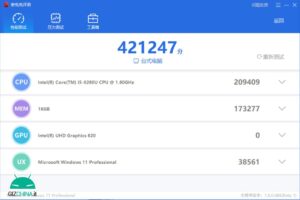 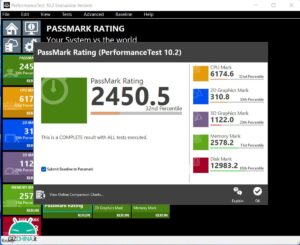 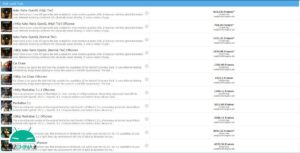 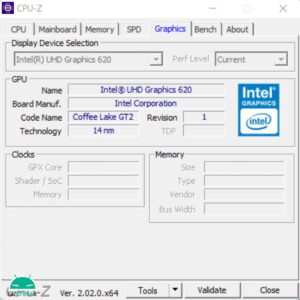 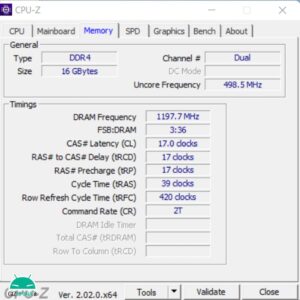 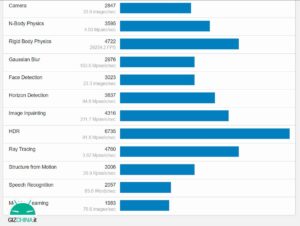 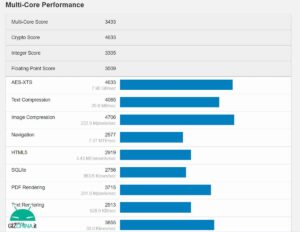 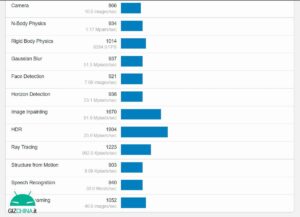 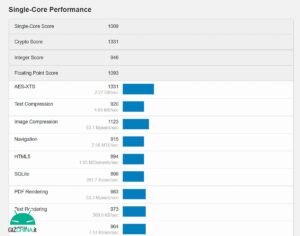 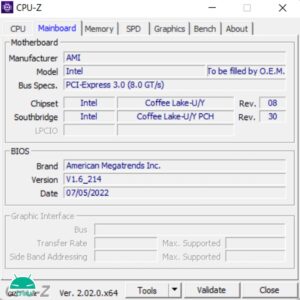 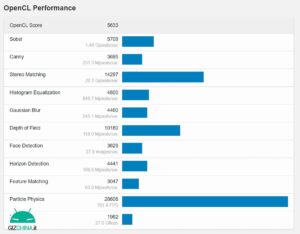 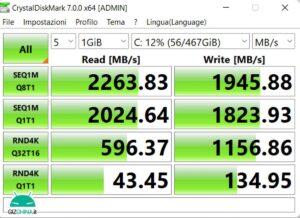 What may be useful to know in these circumstances is certainly a performance comparison between him (and his hardware) and some other player who, as I told you, often field the Celeron N5095: in this case if you are looking for a mini -pc paying this BMAX B5 Pro it can be the right solution in purely numerical terms, as in single core it gets about 500 points of difference compared to a solution with Celeron and in multicore up to 1000 points of difference.

Very good temperature management, which was put under stress for about 15 minutes with GeekBench, in which despite the CPU reaching peaks of even 90 degrees, the system has always been silent and there was no sign of throttling. In addition, the good work done by the manufacturer in terms of dissipation is evident, precisely because by default the computer manages the fan in two ways: the conservative one which makes the fan spin very slowly and absolutely does not make us perceive that it is on, and the most aggressive when there is a need to pull out the muscles. In those cases, thanks also to the conveyors made of copper and aluminum, the dissipation process is rather fast.

On the other hand, the performance of the internal memory is superior to any other Mini-PC: while on average the read and write values ​​of traditional SSDs do not go beyond 500-600MB / s, here we reach and exceed 2200 MB / s in reading and up to about 2000 in writing, values ​​equal to about 4 times the competitors.

Despite all this, the BMAX computer remains perfect for multimedia use in 4K video playback (above an example of 4 4K videos played on YouTube with my 34 ″ 21: 9 display connected), a little less in video editing area where it would always be preferable to have a good dedicated video card, not the best for the gaming sector if not for some slightly simpler titles.

We come to the price because it is certainly the most important aspect: he price list costs about 400 euros, through some discounts and offers often really wanders around 350 euros which are a decidedly balanced price for several reasons. First of all, if we wanted to assemble a PC with the same characteristics ourselves, we would spend perhaps a few tens of euros less, but we would not have the PROs of a solution like this or its extreme compactness, silence and portability. 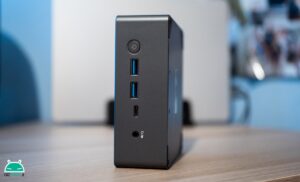 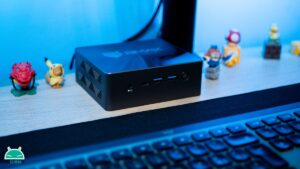 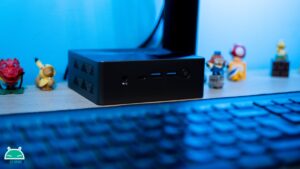 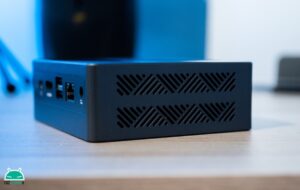 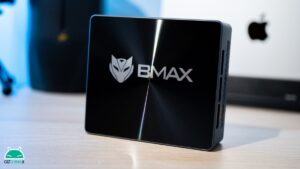 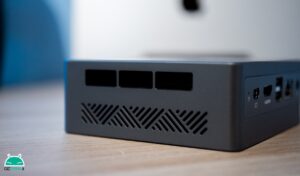 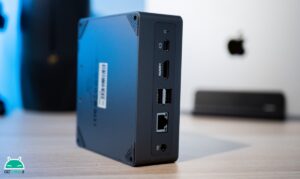 After all, those who buy a product like this do so for the need to contain space, and not really for other reasons.