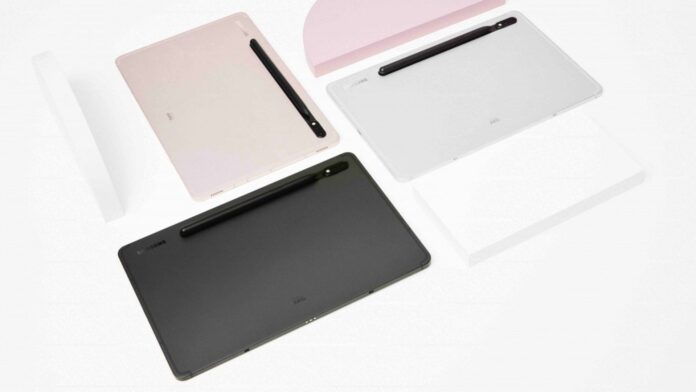 It has been rumored for months now Samsung Galaxy Tab S8, a cheaper version of Tab S8. Last year there was already talk of a debut by the end of 2022, and it seems that this is the case. The tablet appeared on Geekbench leaking some of his own features and suggesting a upcoming debut.

According to the source, a new Samsung device with model code SM-X506B recently appeared on Geekbench. It should be Samsung Galaxy Tab S8, a cheaper version of Tab S8 and which has been rumored for a long time.

From the information listed on the well-known benchmarking site, however, it seems that the tablet has a bit old hardware compared to the current technologies that the market offers. It seems, in fact, that Samsung Galaxy Tab S8 is powered by a processor MediaTek 900T Kompanio from 6nm, a platform announced in September last year.

It is a chip designed specially for tablets e Chromebook, equipped with 2 Cortex-A78 CPU cores, 6 Cortex-A55 cores and a Mali-G68 GPU. The whole would then be supported by 4 GB di RAM. Beyond that, it seems that on board the next Samsung tablet we will find Android 13, and this is a very interesting data since it would be the first tablet from the manufacturer to debut with the new Google OS.

There is no Samsung Galaxy Tab S8 FE launch date yet, but considering the device has appeared on Geekbench, its debut may not be that far off.