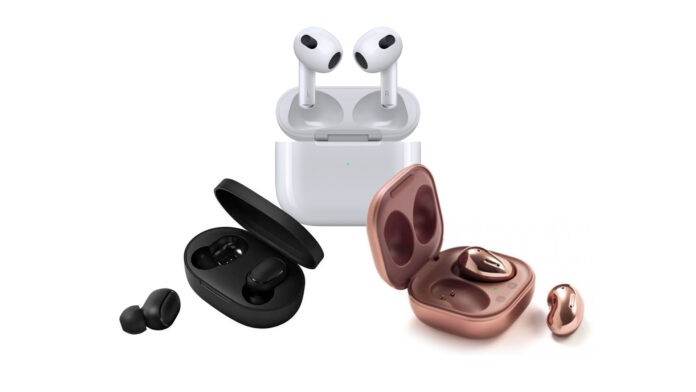 In recent months there has been a lot of talk about the smartphone crisis, but how is the rest of the tech market doing? Of this, smartphones make up only a portion and there is an ocean of other devices, such as the TWS headphones. Since the mini-jack input has disappeared from phones, all manufacturers have run for cover to complement, if not replace, wired audio solutions with wireless ones. And despite the complicated phone situation, it's faring better in the TWS headset industry, sales of which have increased in recent months.

Here is the trend of TWS headphones sales in the world, between Apple, Samsung, Xiaomi and beyond 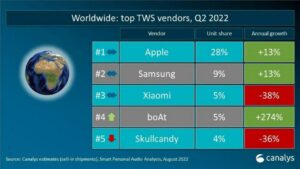 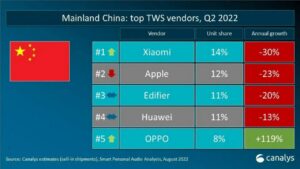 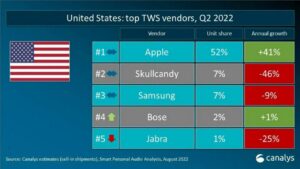 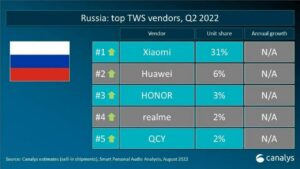 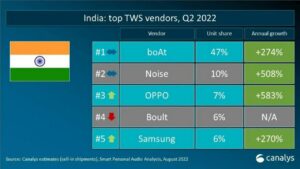 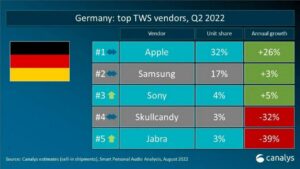 Thanks to the analysis published by the Canalys research center, we can have a rather comprehensive overview of the TWS headset market in the world. Taking into consideration the Q2 2022, the podium does not change but all three companies at the top of the ranking are in a more or less declining phase compared to 2021. Both Apple and Samsung and above all Xiaomi, that with her -38% records the worst drop in the world top 5; of all, boAt is the one that recorded the most important boost, a + 274 % which marks an important milestone for the Indian market, in search oftechnological independence. 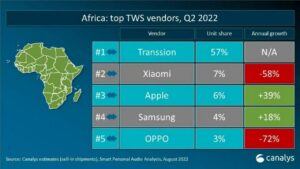 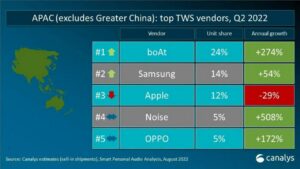 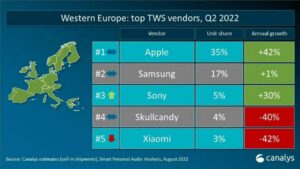 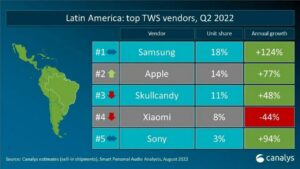 If from the world market we go down to specific nations, in China there is an almost general decline of all companies in the top 5 (Xiaomi, Apple, Edifier and Huawei), except for OPPO which records a substantial + 119%. For the Russia the ranking is all Chinese, even after theabandonment of Western brands in favor of companies such as Xiaomi, Huawei, Honor, Realme and QCY. Totally different situation for countries like United States e Germany, where the ranking sees brands such as Apple, Skullcandy, Samsung, Bose and Jabra.

The ranking becomes more hybrid in Africa, where brands like Xiaomi and OPPO join Apple, Samsung, but it is Transsion that has the monopoly of the TWS market; for those unfamiliar with it, Transsion is the Asian holding behind smartphones Tecno e Infinix. Regarding theWestern Europe (which includes Italy), the top 5 is made up of Apple, Samsung, Sony, Skullcandy and Xiaomi.