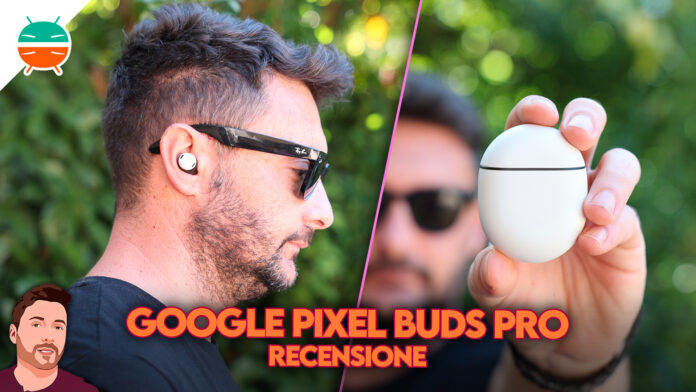 One thing must be said: if in recent years Google underestimated the importance of a market like the Italian one, lately the Mountain View brand seems to have totally changed course, also focusing a lot on the potential of the Bel Paese and inserting it in the so-called "wave 1" of distribution of its new devices, together with the introduction of a whole series of marketing operations never done before in our peninsula.

We saw it with the highly acclaimed (and best-selling) Google Pixel 6a (here the review), probably the best compact Android, and we also find it with the Google Pixel Buds Pro, the premium earphones with noise cancellation that integrate the Google Assistant a bit like Apple's AirPods integrate Siri.

The problem, however, is that the Google Pixel Buds Pro they enter an ultra competitive market, with a huge pleora of alternatives, covering practically every price range and every need in terms of size and audio quality. Will there be enough features like the built-in Google Assistant and Simultaneous Translate mode to allow Google's top-of-the-line headsets to beat the competition?

From a purely aesthetic point of view, with i Google Pixel Buds Pro the company wanted to give a sort of continuity with the previous models, continuing to follow a trend characterized by rounded lines, total absence of edges and very pleasant opaque colors. The earphones are sold in different colors, the structure that goes into the ear is black, while the external one that integrates the touch colors varies depending on the model chosen. 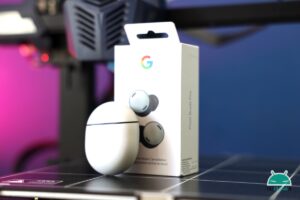 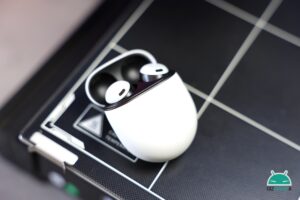 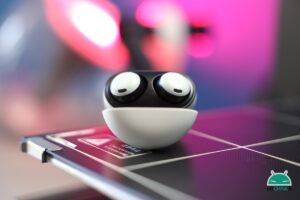 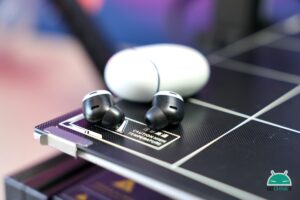 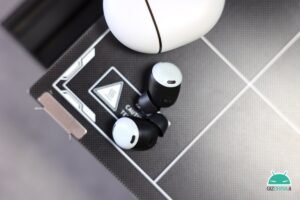 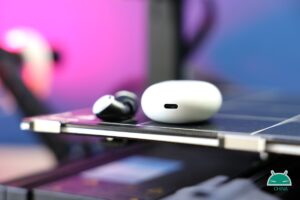 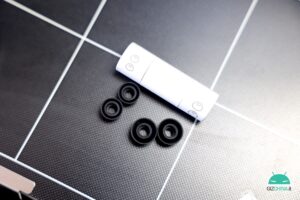 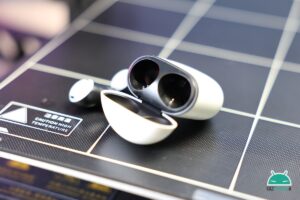 The colors Anthracite Gray, Smoke Gray, Cedar Green and Coral can be purchased: we received the first one, which is among the most classic and sober, but the choice is so wide that it can satisfy all tastes.

What struck me positively is the build quality: the assembly is perfect, the charging cover has a hinge that does not wrinkle and the earphones are magnetically fixed to the charging area very firmly. On the front of the cover there is an LED with which you can check the status of the battery, charging and pairing, while at the back the button for Bluetooth pairing has been inserted and below there is a USB-C input for charging the cover, but there is also the possibility to recharge them wirelessly.

If you use a smartphone with Android 6 and later, you can take advantage of the fast pair that makes the coupling of the Google Pixel Buds Pro practically immediate. Among the many innovations introduced with these earphones there is undoubtedly the automatic multipoint pairing with 2 devices with which, it will be enough to pause the audio on one device and start it on a second associated device, to make the automatic switch practically instantly. And it's a feature that works, well, and can also be used with incoming calls.

From an ergonomic point of view, despite my doubts due to the lack of the fins, i Google Pixel Buds Pro they are comfortable and stay well in place. Their rather "fat" size and their weight of 6.2 grams make them not only comfortable, but above all firmly fixed in the ear and, above all, they do not become annoying after long sessions of use: I have used them recently for my ( very long) I travel by plane and I must admit that at some point I almost forgot to wear them. Good job.

But the real strength of these Google Pixel Buds Pro these are all the advanced features that the brand has thought of integrating to make them “unique” of their kind. The volume equalizer is back which automatically adjusts the playback frequencies based on the listening volume, there is adaptive audio that automatically adjusts the volume based on external noise, and a series of new gestures have been introduced that not only they work well, but they are also (partially) customizable.

From the management app it is in fact possible to customize the action to be performed when you make a long press: I personally chose to activate or deactivate the ANC by interacting with the right earphone and to activate the Google Assistant with the left earphone. And precisely because we are talking about Google Assistant, the Google Pixel Buds Pro have a feature that no headset on the market can offer: they integrate Google's voice assistant.

This means that it will be enough to say “Ok Google” to be able to immediately interact with the voice and not only to make phone calls, but also to control all the associated devices. I'll tell you how I use it: at home I have a Nuki Opener to open the gate, and when I'm out and about with my dog, I find it very comfortable to be able to open the doors of the house without having to hold either keys or smartphones.

It flies, i Google Pixel Buds Pro integrate a simultaneous translator. Ok, probably none of you will want to wear one of the two earphones to another person, but the possibility of using Google Translate in real time and in conversation mode, could be one of those functions that push the purchase of these earphones, regardless from their more traditional use and precisely to be used as translators.

As for noise cancellation, with i Google Pixel Buds Pro there are positive notes and negative notes. In a nutshell, with low and regular frequencies, such as background noise from public transport or airplanes, the new Mountain View earphones perform very well and do their job really well. The point, however, is that if you expect the same noise cancellation as the AirPods Pro or the many circumaural headphones you might be disappointed: given their shape, in order to make the most of the ANC of the Google Pixel Buds Pro my advice is to use the insulation control, a function available in the app with which, using the microphones, the earphones will evaluate their correct insertion.

There is also a transparency mode, which uses the microphones of the Google Pixel Buds Pro to amplify the noises and reproduce them in the earphones in order to be able to hear the external environment avoiding that "muffled" effect typical of in-ear. The processing takes place in real time and is very effective especially with the voices, but what has left me rather perplexed is the sound which, in my opinion, is poco natural and a little too metallic. Here too, Apple's AirPods do much better, generating a much more natural Transparency sound.

The audio quality is good in terms of frequency response, which is already audible at 20 Hz but a little less on the highs, which probably do not go beyond 18 Hz. The dynamic range exceeds 50 dB below full scale but unfortunately the Google Pixel Buds Pro they do not yet support spatial audio. In reality, the spatiality of the audio is already good by default, but in order to take advantage of this new feature we will have to wait a few more months: the company has promised to release it with an update that should arrive shortly.

Although the listening is clean on all frequencies, in reality the first time you wear the Google Pixel Buds Pro you will be a bit disappointed with the dynamic handling of the sound: in a nutshell, the sound may initially seem a little too flat, unless you manually adjust the frequencies using a system equalizer.

Let me be clear, i Google Pixel Buds Pro they sound very good, but this flattening phenomenon becomes more relevant especially when the ANC is activated: nothing, however, that cannot be corrected with a good equalization. But something that is not possible to do for the audio in call: the microphones of the Google Pixel Buds Pro they do a good job of removing background noise, but generally the interlocutor will receive a somewhat metallic and totally sterile voice in terms of frequencies, even if you make calls using HD Audio. Let's say that from this point of view the Mountain View company could have done something more.

As for autonomy, the one declared by Google during the presentation is very close to the real one. In our tests we managed to overcome 7 hours of autonomy with ANC active and even 11 hours of autonomy by deactivating it and with the charging case you can fully recharge them for a couple of times.

In the sample that I received during the test, however, I noticed something a bit strange: the right and left earphones do not discharge homogeneously, and it happened several times to find the right earphone totally discharged, while the left one with still 10% charge, even though I had always used both of them at the same time.

The price of Google Pixel Buds Pro is 219 euros and yes, it is an important figure that puts them in direct competition with Apple's AirPods Pro, Sony's LinkBuds and all other high-end TWS earphones. However, these are excellent quality earphones, which perfectly integrate features that make them unique in their sector.

Too bad for the poor quality of the audio on call, which, however, I sincerely hope the brand tends to correct with a rather imminent update.