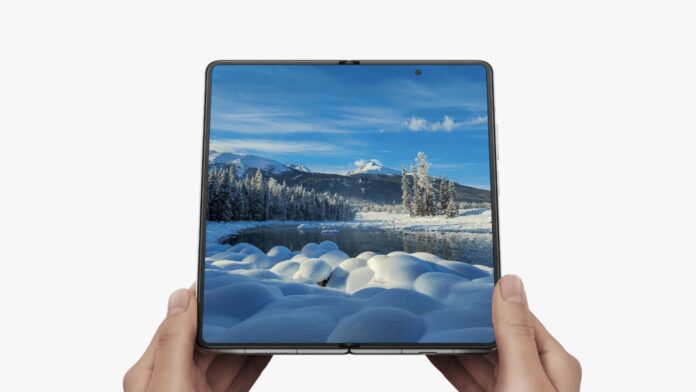 The round of rumors around the next Honor Magic V2 and the most recent one seems to concern the battery. In fact, it seems that the brand wants to increase the autonomy of its new folding, increasing the capacity compared to the first model.

Honor Magic V2: battery superior to the first model, will it also be in autonomy?

To bring the news about the battery of the new Honor folding was Digital Chat Station, which explains how the two modules (as per tradition for folding) will be composed in the following configuration: one from 2.030 mAh and one from 2.870 mAh. However, he explains that he does not yet have information on the distribution of the 3C cells (so we will have a 6C system), but by adding the two batteries, the answer is clear: we will have a larger battery.

In fact, Honor Magic V currently has a 4.750 mAh, which is not small for a folding, but which could be overtaken by its successor V2, which should therefore have an increased battery and marketed at 5.000 mAh. What does this mean? Will we have more autonomy? A larger module does not always guarantee a longer lifespan, barring important differences, but this is very likely as the chipset should be the same. Snapdragon 8+ Gen1, already known for being a champion in low consumption.

New rumors regarding Honor Magic V2, once again concerning autonomy. Some time ago we found that the brand will bring a battery upgrade to its next fold, but this time Digital Chat Station has added some interesting details. As the leaker suggests, the battery will almost certainly be larger than that, to make a comparison vivo X Fold +, which finds a form from 4.730 mAh. Therefore, the hypothesis that it is from 5.000 mAh it is absolutely founded. But there is more: in fact, although the module is more capacious, Magic V2 will be lighter than Xiaomi MIX Fold 2. This does not mean, of course, that it will also be thinner, but surely Honor is working to better optimize one of its flagship smartphones.

In short, Honor seems to have entered an important perspective regarding the folding market, trying to bring very high category standards able to compete with the peer model of its rivals. So what is a prelude to the Global market? We will understand this later.

vivo X90, the series will still be two-way MediaTek and Snapdragon