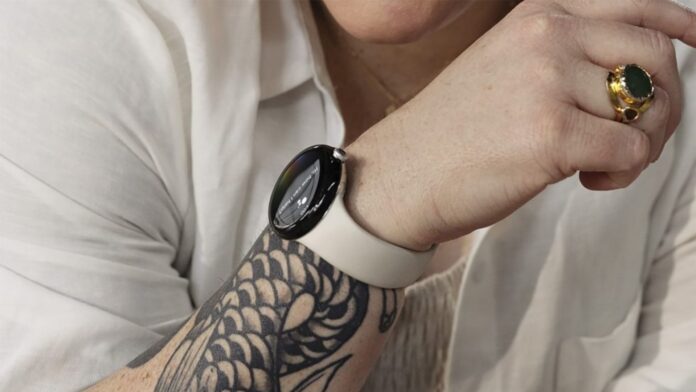 Really missing poco at the debut of the much talked about Google Pixel Watch, essential accessory to complete Big G's mobile ecosystem. But when will the first Google smartwatch arrive in Italy and what will its characteristics be? In this in-depth analysis, we take stock of the situation on the first Google smartwatch awaiting the official launch.

Upgrade 30 / 09: new details on the price of Google Pixel Watch by Roland Quandt, both for the Wi-Fi version, and for the LTE version. Find all the details at the bottom of the article.

Let's go straight into the vivo with the wearable design: it was Google itself who showed us a preview of what the device looks like. Pixel Watch sports a circular display dai curved edges and with a rotating crown it's a physical button positioned on the right of the crate from 40 mm. The look has been designed to integrate seamlessly with Wear OS, redesigned to ensure smoothness and an optimal experience on the round design of the wearable.

The Pixel Watch 20mm strap should be soft, flexible and anti-fingerprint silicone, probably interchangeable. Thanks to the rounded and raised caseback, the crown would not come into too much contact with the wrist, ensuring a comfortable experience even when sleeping or exercising. The colors available would be three: Chalk, Charcoal and Obsidian, for a certification 5ATM for diving up to 50 meters deep.

The hardware part of Google Pixel Watch is still rather nebulous: according to the latest news, the smartwatch would be equipped with a chipset Exynos 9110 made by Samsung. It should be an exclusive solution for Google, perhaps a customized version of the current Exynos W920 seen on board Galaxy Watch 4, assisted by 1,5 GB of RAM and 32 GB of memory. It is rumored that the device can offer a battery from 300 mAh able to offer up to one day of autonomy and with magnetic charging support.

The smartwatch will offer support to the main Google apps, such as Maps, Assistant and Wallet, while for the rest of the features we will find all the typical elements. We will then have continuous monitoring cardiac activity, the detection of values SpO2, many sports mode; in addition there will be the integration of the functions of Fitbit for tracking health and fitness goals. It is also rumored that the Pixel Watch may debut in two variants, a Bluetooth and an LTE.

Moving on to the software part, the wearable will have on his side WearOS 3.1, the latest version of Google's operating system for wearables and which at the present time was implemented on Samsung Galaxy Watch 4 only.

The launch of the Google Pixel Watch is officially expected for the next one 6 October, along with the new ones Pixel 7 and 7 Pro. As for the price, Roland Quandt has announced that the list for our market should be €379 for the version Wi-Fiwhile the model LTE would be around €419. So, truly top-of-the-range prices for a model that aims to immediately compete with the big names in the sector.