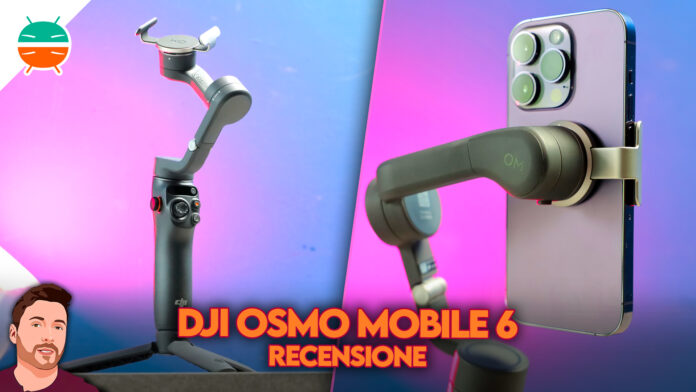 The point is this: considering how much stabilization technologies in smartphones have become super-performing, does it still make sense to buy an external stabilizer like DJI's new product? It is a more than legitimate question of which, I am convinced, the brand is also aware: for this reason, in the new DJI Osmo Mobile 6 the brand has tried to enrich its device with a series of advanced functions, thus not stopping at the telescopic system as a selfie stick, or the excellent stabilization on 3 axes.

And I tell you: he succeeded. DJI Osmo Mobile 6 is the first smartphone stabilizer capable of giving the feeling of using a professional tool, and with the possibility of adjusting the focus or zoom thanks to an analog wheel, it is the first Osmo Mobile that looks like a Ronin.

Osmo Mobile 6 Review: There's a lot of Ronin in this smartphone gimbal

With a design that continues to be super compact and a dark gray colourway, the DJI Osmo Mobile 6 weighs a few grams more than the OM5 (here the review), but continues to be extremely ergonomic and comfortable to use. The directional pad is now much softer and more ergonomic, then there is a dedicated button to switch from the front to the rear camera and from portrait to landscape and the rec button is now more easily distinguishable. 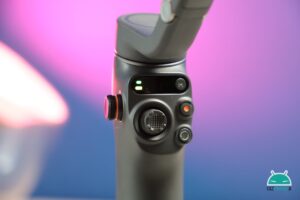 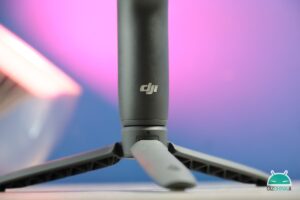 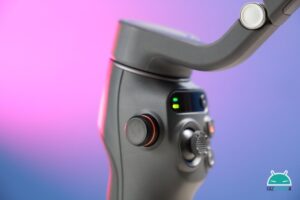 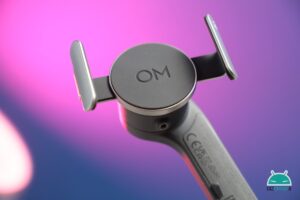 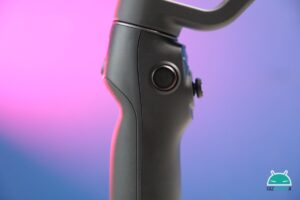 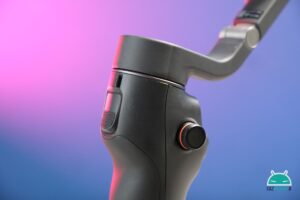 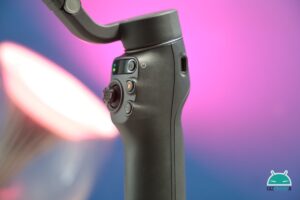 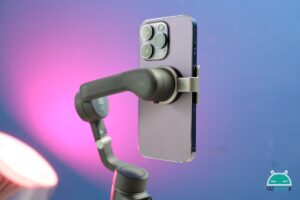 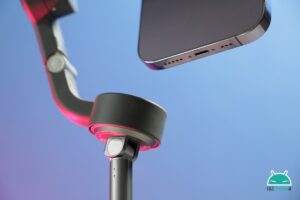 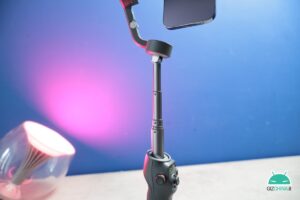 On the front the company has integrated a sort of "display" covered by a glossy black layer, very nice to see and just as functional and which, with the new "Mode" button, transmits a much more professional feeling when you hold the device: in reality this section is simply composed of backlit icons, but the result is much more elegant than were the LEDs that in previous generations showed the battery charge level.

But the element that I liked the most and that most gave me that "Ronin feeling" is the new side wheel that can be used for a double purpose: through the gimbal management application, you can choose whether to use it for manually change the focus or zoom factor, and the results are as natural as possible. A really good idea.

The handle has a matching rubberized surface in order to improve the grip of the handle while, at the top, the folding mechanism has a very solid hinge. The motors, however, when not powered, move very freely, which could make them seem rather "light", but this is not the case: with the DJI Osmo Mobile 6 it is a small concentrate of quality and engineering.

In short, in practical terms the DJI Osmo Mobile 6 is a gimbal that has been totally redesigned by the company. Inside, a telescopic rod has been integrated that extends manually and continues to use the typical magnetic coupling mechanism that we have come to know with the OM4.

At the bottom there is the input for screwing the tripod, included in the package, which is however compatible with practically all tripods on the market, while at the top the USB-C input for charging the battery has been positioned which, however, probably to optimize weight and dimensions in the DJI Osmo Mobile 6 continues to be small: the capacity is just 1000 mAh, that is less than half compared to the OM4 (which had a 2450 mAh battery), and the impact on autonomy is considerable.

Also the DJI Osmo Mobile 6 is managed by the usual DJI Mimo, the company's app available for both iOS and Android, which introduces new recording methods but which brings with it the same limits as always. Starting with the assumption that no application - generally - manages to outperform the native camera app in video quality, e - Unfortunately - this truth is also found in DJI Mimo, especially in the Android version. In short, fragmentation in these cases is a bad thing, even if those of DJI have always been doing everything possible to reduce the problems.

Although the app continues to be essentially the same, and the usual ones continue to be integrated Timelapse, Motionlapse ed hyperlapse, one the evolution of the other, together with the modality Spin Shots that instead of using preset transitions, it will rotate the stabilizer arm in order to create a beautiful dynamic effect, and then there are the Stories and the slowmotion, in reality we must admit that the application of the company has had some improvements.

The many video tutorials continue to be present (which are too many, to be honest), which guide the user in the correct use of the gimbal in many situations, you can use the tastes with your hand to take photos and record videos , and the overall stability and responsiveness of the app are much better.

Stories can always be used, i.e. templates that will be applied to your shots automatically, created with the aim of making your videos more dynamic thanks to a ton of pre-set effects that will also be accompanied by a whole series of music. background, imagined by DJI for each type of content.

There is a round of applause for DJI because, it is useless to go around it, the brand manages - generation after generation - to improve the user experience of its devices more and more. And, again, the greatest in the experience of using the DJI Osmo Mobile 6 compared to the previous generation, it is due to a further change of course that the company has undertaken in terms of design, ergonomics and professionalism.

One of the biggest limitations of these products is precisely the fact that, by now, people tend to minimize the devices to take with them, especially when traveling, precisely because all the most popular mobile devices are able to guarantee good stabilization in videos. in a very small footprint.

But with the new DJI gimbal stuck, the difference is obvious from the very first moments. The grip is much softer but everything is more solid, the keys have been positioned better. In short, the use of the DJI Osmo Mobile 6 it is even more intuitive and (allow me the term) "light" than the already excellent previous generation. And not just in physical terms but also in the user experience.

The only real limitation of this product continues to be that relating to the inclination of the head positioned above the telescopic rod. If you have read the OM5 review, you will remember that while I really liked the idea of ​​positioning a hinge so that I could tilt the stabilizer structure even more, but at the same time I made another observation that even with the DJI Osmo Mobile 6 it is more than current: it is true that by tilting the entire structure the inclination limits of the motors are exceeded, but the fact of having to do it manually (and perhaps with the motors active) is not one of the most comfortable solutions.

In terms of battery life, the DJI Osmo Mobile 6 continues on the same performances of the previous generation which, let's remember, were quite far from the 12 hours of autonomy of the OM4. The 1000 mAh battery is able to guarantee about 6 hours of operation to the new gimbal of the brand, which continue to be sufficient but nothing miraculous.

And the charging times are the same: to fully recharge the battery of the DJI Osmo Mobile 6 it will take about 90 minutes.

DJI Osmo Mobile 6 is available at the price of 169 € (10 euros more than the previous generation) and includes a magnetic clamp, tripod, power cord, wrist strap and case.

And it is useless to go around it: DJI's folding smartphone stabilizer seems to bring the professionalism of the Ronin, in a much more compact and lightweight product. And it does so with a new design that is much more comfortable and functional, but with the same limitations as the previous generation. What hasn't made me crazy is the need to manually change the inclination of the hinge on the telescopic rod and the need to still have to use the typical magnetic clamp to connect the smartphone to the stabilizer.

However, it is true that the brand continues to improve its products year after year, and the idea of ​​introducing all manual controls just like in the Ronin, makes the DJI Osmo Mobile 6 a product capable of guaranteeing more functionality than the standard stabilization systems integrated in smartphones.