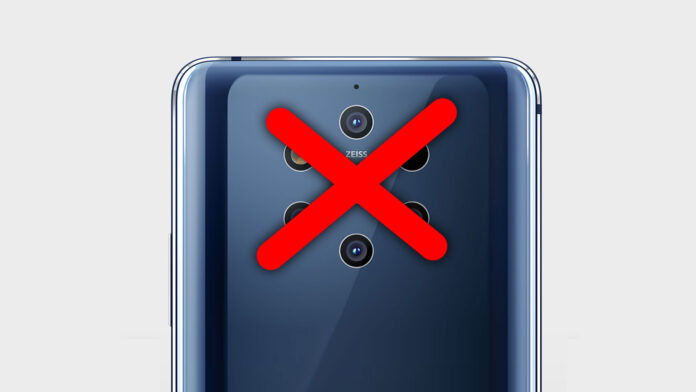 2021 is the year in which the chip crisis hit the tech market the hardest. Among the crises we have talked about in recent months, that of semiconductors it is probably the one that has caused the most discussion. Between gamers who are unable to buy next-gen consoles and problems in the automotive market, Pandora's box has opened on the critical importance of silicon and the like. To the point that the urgency with which China would like Taiwan back, a leading nation in semiconductor manufacturing, does not seem like just a political choice. In all this, there are those who see the half-flat glass in this shortage of components, demonstrating how the crisis is reducing trends that are not exactly positive.

Upgrade 28 / 09: As the latest analytics data confirm, the chip crisis has effectively put a stop to the trend of multiple cameras on smartphones. Find all the details at the end of the article.

Here's how the chip crisis is benefiting smartphones

Once upon a time there were smartphones with only one camera: whether it was top of the range or entry-level, until a few years ago it was the norm that there was only one sensor on the back. If you rule out LG Optimus 3D's forgettable 3D photo experiments, it probably is Huawei P9 which introduced the concept of a “true” dual camera to the mainstream landscape. Since then, we have seen a rush to sensors, coming to the present day with many smartphones that mount minimum three or four cameras.

With this in mind, the latest report from the Omdia research center underlines how the chip crisis is easing this multi-camera trend. Whether due to the lower availability of components, or to their consequent price increase, various manufacturers are turning to configurations with fewer sensors than before. Conversely, you are preferring to spend money on using sensors with a higher resolution. This choice has two sides of the coin: one is having fewer sensors but more quality, the other is the possibility that the race for sensors is replaced by the race for megapixels. And we know how much a camera with many megapixels does not necessarily imply a higher quality. To say, a camera phone like the iPhone 13 Pro does not have much to envy to the competition and uses 3 sensors of "only" 12 MP.

It is also true that the creation of very advanced sensors, such as the new one of Samsung from 200 MP, opens the doors to new scenarios on smartphones. The computational photography that today's smartphones benefit from is also based on the concept of high-resolution cameras, being able to use the extra pixels for techniques such as Night mode and Pixel Binning. Of course, the days when smartphones had only one camera are over, but hoping that their use is more meaningful doesn't cost anything.

In addition to the previous reports, a new one from Counterpoint Research is added, which puts on paper the effects of the chip crisis on the use of cameras on smartphones. In the first half of 2022, the CMOS sensor shipments for smartphones are dropped by -14% on an annual scale, for a total of 2,4 billion sensors sent around the world. You also want for the smartphone crisis, all producers are selling less than expected and are therefore running for cover. Not only by recycling chipsets on “new” models, but also by cutting out the use of superfluous photographic sensors.

As can be seen from the chart drawn up by Counterpoint, after the peak between 2020 and 2021, there are fewer and fewer smartphones with quad cameras. This is mostly in favor of configurations equipped with three sensors, lacking that depth sensor often criticized to make more numbers than anything else. The trend is expected to continue into 2023, particularly with Samsung's next-generation mid-range Galaxy A series, leaning on software for making bokeh photos.

Big news from Xiaomi: here is the extraction of text from photos