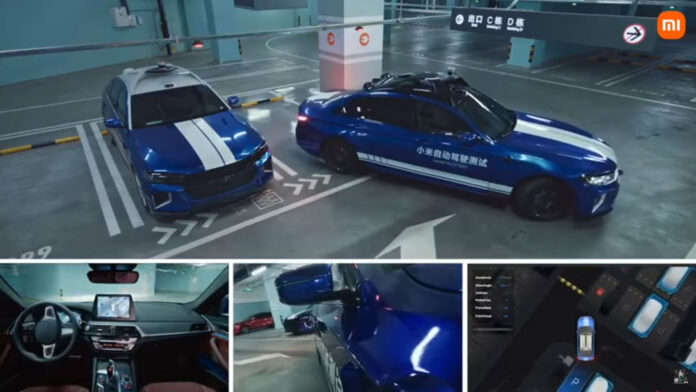 After months of speculation and fragmentary information, finally the project of the first electric car di Xiaomi it is becoming more and more concrete. We will always have to wait until 2024 to move from a project to a commercialized product, but while waiting for this to happen, the company is starting to reveal more and more details. Especially on the occasion of the great event of the past few days, where they were presented MIX Fold 2, Pad 5 Pro 12.4, Watch S1 Pro, Buds 4 Pro and also a humanoid robot who (probably not surprisingly) winks at the future rival Tesla's robot.

On the occasion of the event in question, Lei Jun has decided to show to the general public of what Xiaomi's electric car is capable of. A car whose livery and interior are only provisional, as the demo focused solely on technology Xiaomi Pilot. A highly technological vehicle is expected from a manufacturer like Xiaomi, and the EV car shown in the video does not seem to disappoint expectations. Thanks to a team of over 500 employees and investments that will reach 10 billion over the next 10 years, Xiaomi has set up a autonomous driving system definitely advanced.

We do not yet know the details in terms of sensors and hardware parts at stake: Xiaomi has focused on making public its vision in the field of electric cars. And in her vision there is not only a car capable of driving itself and skilfully navigating the busy city streets, but also a real system of automatic parking.

The feature was not shown in video at the event, but thanks to the full video we can see it in action: the user arrives at the underground parking, gets out of the car and uses the dedicated app to indicate to the car where to park. . At that point the car does everything autonomously, moving along the path of the parking lot (avoiding human and artificial obstacles) until it reaches the place and maneuvering to park; finally, a robotic arm connects to the car and starts charging the battery.

It is not shown in video, but we imagine that the process can also be done in reverse, making the Xiaomi car return to the owner at the entrance to the parking lot. Obviously, this type of technology is very circumstantial and it will be difficult for it to spread on a large scale, especially outside China and outside the large urban centers.