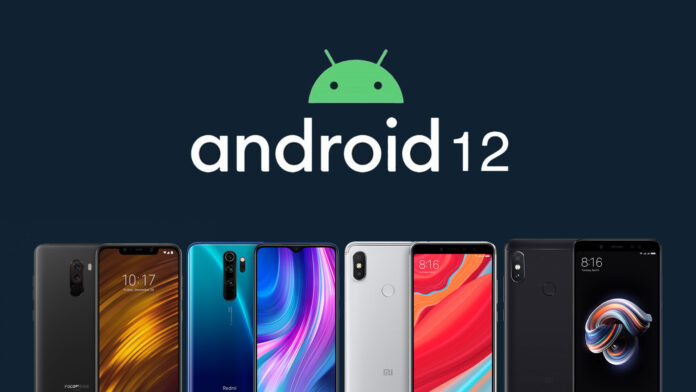 We already know such as smartphones Xiaomi, Redmi e POCO will update to Android 12, but the list is missing a series of famous but now dated models. I am referring to super-sold models such as POCO F1, Redmi Note 5 e Redmi S2, but also the most recent Redmi Note 8 e 8T. All smartphones released between 2018 and 2019 and therefore outside the circle of models for which the MIUI team will continue to update the Android version. But how not to mention Xiaomi Mi A1, dating back to 2017 and part of the now abandoned Android One project. A project that aimed to simplify the life of companies like Xiaomi: smartphones with Android stock to be kept updated for longer. Too bad that Xiaomi with Android One software have encountered more model update problems with MIUI.

There is an article of mine which analyzes the state of the Android market, giving a clearer view of which Android brand is tending to update Android for longer. Among the various companies, Xiaomi is deserving but not the best, especially when it comes to medium / low-end smartphones. In this respect, Samsung manages to do better, but Xiaomi also seems to be progressively improving.

The fact remains that the aforementioned Xiaomi Mi A1, POCO F1, Redmi Note 8, Redmi Note 8T, Redmi Note 5 and Redmi S2 will not update to Android 12. Or at least not officially, but today we are not here to talk about these. Quite the contrary: if these smartphones can already update to the latest version of the green robot it is thanks to the world of modding. Ever since Google released the source code, Android 12 is being rolled out by various third-party developers to build Custom ROM for numerous smartphones.

To date, there are already several Xiaomi, Redmi and POCO able to upgrade to Android 12, as long as you compromise with modding. Being a custom ROM, the update procedure is certainly not within everyone's reach, but certainly the most geeks will be delighted. If you have one of the smartphones listed, especially those for which there is no more software support and perhaps out of warranty, you can try it yourself.

Just remember that you must have done so to install them unlocking the bootloader and installed a TWRP custom recovery to flash the custom ROM. For each smartphone and its ROM you will find a dedicated thread, with installation guide, bugs, testimonials and so on.