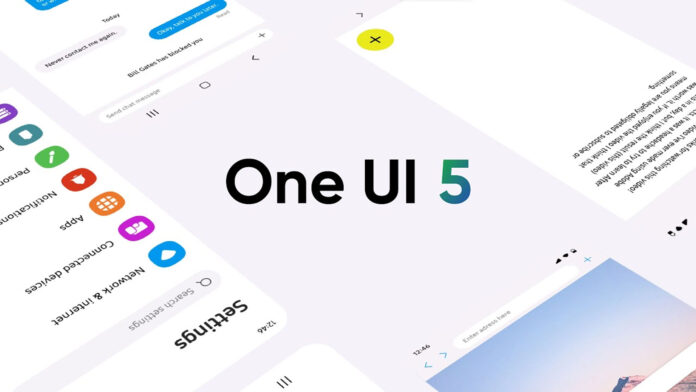 With each major update from Google such as Android 13 a major update of Samsung, in this case the One UI 5.0. Currently, the reference release is the One UI 4.1 based on Android 12, already arrived on numerous models in the catalog. But we also know that the new foldable smartphones and that the next one should debut with them One UI 4.1.1.

Upgrade 05 / 08: after the first rumors, the beta testing of One UI 5.0 and Android 13 has officially started. Find all the details at the end of the article.

Samsung prepares the update to One UI 5.0, but only for some

According to what has been circulated on the net, the update to One UI 4.1.1 will be mostly focused on introducing more optimized software with foldable screens. The real next major update will be the One UI 5.0, that is the one we will see on future Samsung smartphones and on those already on the market that will receive the update.

In this regard, the firmware has been identified in the last few hours S906NKSU2ZVF6, an acronym that would hide one of the very first One UI 5.0 builds for S22. This is because, according to rumors, Samsung is preparing to give away the beta testing program which will allow the more geeks to try the new software release firsthand. We talk about the third week of July as a release period, while for the final update we talk about October.

There are no details yet, but obviously the first on the list will be the models of the Samsung Galaxy S22 line. If you were curious, there is already one list of smartphones who will receive the update to One UI 5.0. In addition to the news made by the Samsung team, it will be interesting to discover the news related to Android 13, such as the new flashlight and features for well-being, safety e Gaming.

Contrary to what was rumored, Samsung has officially kicked off the One UI 5.0 program to develop Android 13 on its smartphones as well. And as expected, beta testing starts on Samsung Galaxy S22, S22 + e S22Ultra, the current top of the range of the company's catalog. For the moment, the initiative is only available in South Korea and Germany, to which the United States will later join. But if you have one of these models and would like to try it out, you can download the ROM and install it manually (at your own risk):

ZTE AX3000 Pro: say goodbye to connection problems with the ...