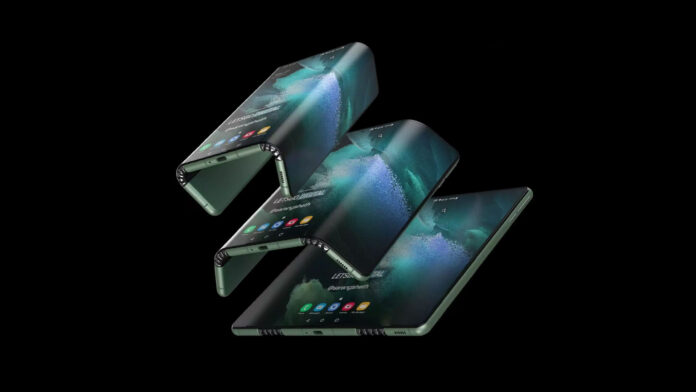 We are about to officially discover From Fold 4 e Z flip 4, but Samsung would be preparing its real novelty, called Samsung Galaxy Z Fold Tab. There is still no certainty about the name: there are those who indicate it thus, there are those who opt for Samsung Galaxy Flex S, but the point is the same, that is the introduction of the first folding tablet of history. So far the foldable category has touched the world of smartphones (where Samsung has a monopoly) and even of notebooks, but not that of tablets. Also because when you have a smartphone capable of going from 6 "to 8", the need for a tablet may disappear. However, interesting scenarios open up when you have a pocket-sized device capable of going from 6 ″ to 10 ″ and beyond, offering the opportunity to shoot with a much larger screen than we usually carry around today.

For the moment these are speculations, but what is certain is that Samsung is at the forefront of exploring the formats that can be born thanks to the technology of folding screens. He proved it al CES 2022 with various prototypes, including that one Samsung Flex S which may have shown us in advance what its first foldable tablet will look like. The one shown by Samsung is a (working) device with S-shaped structure, useful for transforming a screen into three sections that can act either as separate panels or as one. This extreme flexibility opens up various scenarios, starting with the possibility of folding the screen both in-fold and out-fold, that is, both inwards and outwards. And this also allows the tablet to be able to fold back on itself, keeping the flexible screen away.

Taking the latest leaks about it for good, it seems that Samsung could opt for the launch window of the next one Galaxy Tab S9 series, scheduled for the Q1 2023. The source would be some suppliers of the hinges used in the folding, according to which Samsung is preparing this novelty. In the first months of next year, therefore, Samsung's foldable tablet could see the light, launching a new trend in the tablet market. At that point, it will be interesting to see both the response of the public and of rival companies, especially from the various Xiaomi, OPPO, vivo and Huawei, which at the moment are niche in offering their leaflets outside of China.