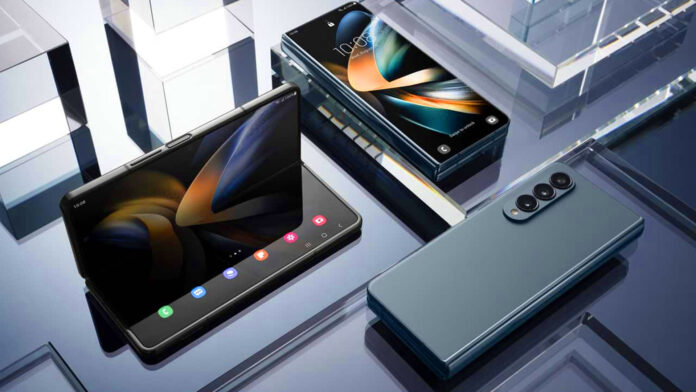 The first foldable to be traded on a large scale was the Galaxy Fold - it's no surprise, then, that it is Samsung the leading company for the folding smartphones. He emphasized this with the release of the new ones Galaxy Z Fold 4 and Z Flip 4: despite starting to have more populous competition, it is expected that they will repeat the sales success that was the previous models. In particular, Z Flip 3, which thanks to its more compact form factor and the most affordable price has conquered half of the global folding market (Z Fold 3 stands at 20%).

Of course, just yesterday we attended the presentation of Xiaomi MIX Fold 2 e Moto RAZR 2022, two leaflets that seem to have all the credentials to be considered top leaflets. Not to mention vivo X Fold, OPPO Find N e Honor magic v, three other proposals that appeal to those looking for their first (but also second) foldable. But there is a problem that all these products have in common: they are sold exclusively in China, thus leaving the Western monopoly to Samsung. The only exception is Mate XS 2, too bad that Huawei pours in one situation which hardly makes it attractive to potential customers.

As a result, Samsung is driving the growth of the leaflet industry, and that's what i say sales numbers. The forecasts estimate growth of + 73% from 2021 to 2022 and of + 60% from 2022 to 2023, and most of these will be products of the South Korean company. On the occasion of the launch event of the new Fold 4 and Flip 4, the president of the mobile division Roh Tae-moon said that from 2025 the leaflets will sell more than the traditional top of the range.

Samsung's premium range is physiologically evolving: once it was divided between the Galaxy S series, consisting of standard-sized smartphones, and the Galaxy Note, consisting of phablets of more important dimensions. A division that has disappeared over time, so Samsung has decided to entrust the task of the Note series to the Ultra model of the Galaxy S series.But in a sense, the Note series has not gone, but has been replaced. from leaflets, also devoted to productivity and multimedia as phablets were before.

As Roh Tae-moon states, "by 2025, leaflets will occupy more than 50% of total premium smartphone shipments". According to Samsung, leaflets will become the new standard; a strong affirmation, which will have to be reflected in a technological evolution that leads folding to be on a par with traditional smartphones, especially when it comes to the fragility of the screen. Also, when it comes to the high-end, Samsung suffers from the competition from one Apple who owns the 60% of the premium market, remaining at 20%. And it will be interesting to note how the market will change when Apple presents its first leaflet, and when maybe even Chinese companies will be able to take their proposals out of China. Meanwhile, Samsung is preparing and studying what could be the first mid-range folding in history.