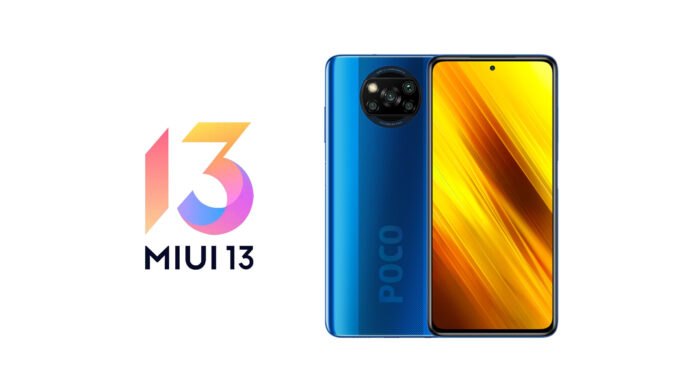 Together with the release for Redmi Note 9S, the update to the MIUI 13 with Android 12 is coming to another famous model from another sub-brand, that is POCO X3NFC. Also in this we are talking about a model marketed in 2020, with what was then the MIUI for POCO, that is an ad hoc version of the most recent MIUI 12 based on Android 10. We thus arrive at the second major update of the Android version, probably the last one that will receive this smartphone.

If you were among the owners of POCO X3 NFC, know that the update that is being released concerns the build V13.0.1.0.SJGMIXM, that is the MIUI 13 Global based on Android 12. But as happened for Redmi Note 9S, this is also an update Stable Beta, initially intended only for Mi Pilots who will conclude beta testing. But if you don't want to wait, you can download and install it manually (at your own risk):