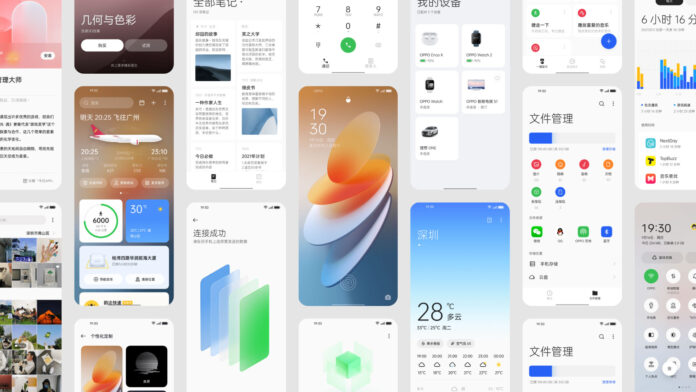 With the official presentation of Android 12 from Google, all the various manufacturers have started testing it, including OPPO in the form of ColorOS 12. Together with Xiaomi, OnePlus, vivo and other realities, OPPO works closely with Google developers to improve the software experience of their smartphones. The new version of Android was presented at Google I / O 2021 and the company has formalized the launch of the very first Developer Preview aboard OPPO FIND X3 PRO. And after the official announcement, let's see which smartphones will receive the update.

OPPO announces the ColorOS 12: here is what will be new with Android 12

Find all the innovations introduced by OPPO with the ColorOS 12 in the dedicated article. Summarizing the main changes, the ColorOS team has updated the aesthetic language, reviewing some aesthetic components of the UI. They have been improved animations, as well as the AI ​​engine that drives its performance, to the advantage of fluidity and the impact on available resources. Among the new features we find improvements for FlexDrop, Smart SideBar 2.0, PC Connect for PC mirroring, connection to cars and more. OPPO also introduced its own Omoji, custom avatars to use for photos and video calls.

One of the cornerstones of Android 12, and therefore of ColorOS 12, is the sector that binds security and privacy. A topic always very dear to OPPO, which already in the current versions of ColorOS uses various features to protect its users. In the new version of Android we will see new implementations, such as the ability to take advantage of one approximate GPS position. A useful function to return a "disguised" geolocation in the form of a generic area to all those apps that we believe do not need to know our exact position. Another important novelty will be themicrophone and camera indicator which will help you know when an app is using them. Furthermore, users will be able to instantly know if an app is having access to the microphone, camera and GPS location.

With the announcement of the ColorOS 12, OPPO has also released the roadmap of which will bring the major update to compatible smartphones. Here is the complete list, although we remind you that it may change over time (in case, we will update). Furthermore, we would like to point out that if for a model it is indicated that the ColorOS 12 was "Released“, This does not mean that it is everywhere. OPPO usually releases major updates first in Asia and then in the rest of the world, so it could take weeks if not months between the Asian and Global releases.