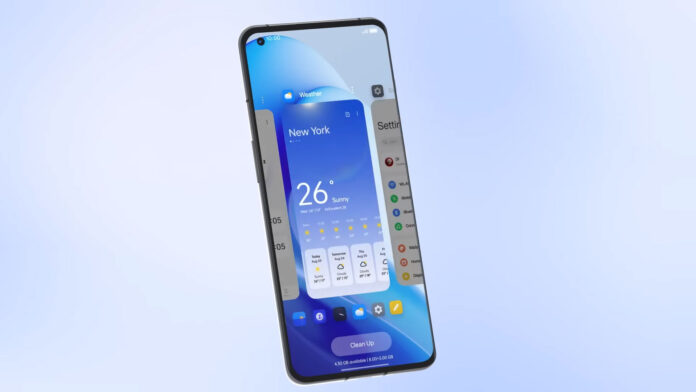 With the update to the OxygenOS 13 another chapter is added in the saga that sees side by side OnePlus e OPPO. Since the companies have returned under the same umbrella, their respective software teams have been merged and the result is two UIs more and more similar. There were even rumors of a real one Unified OS, but the companies turned around and decided to leave separate UIs. Consequently, the OnePlus smartphones sold in the west will update the OxygenOS 13, while those in China at the ColorOS 13. And even if OPPO has not yet officially presented its new major update, thanks to the former The hands-on method we can already get an idea of ​​that OnePlus.

OnePlus unveils the OxygenOS 13: here are its hands-on news

I will not repeat the news that OnePlus illustrated during the launch of the OxygenOS 13: you can find those in the dedicated article. So let's talk about the innovations that have passed on the sidelines, starting with the improvement of Material you. For those unfamiliar with it, this tool allows the interface to be chromatically customized by picking up the colors of the background used, creating more aesthetic coherence. With the new version of the UI, OnePlus users will be able to choose between one greater combination of colors.

But now let's move on to the “painful” aspect, that is the strong similarities between OxygenOS and ColorOS. For example the menu O-Haptics, which on compatible smartphones manages the haptic feedback which recreates a more realistic vibration, being able to adjust the style and intensity of the vibration.

Another feature inherited from ColorOS are the Omoji, with which to create your own personal avatar and use it as a profile picture and in video calls.

Speaking of Omoji and Always-On Display, new graphic customizations have been added with the OxygenOS 13, including the "Custom Patterns"and "Text & Image".

Browsing through the various menus of the Settings, in particular that of the "Special functions“, The similarities between the OnePlus software and the OPPO one become even more evident.

You know the so-called Aquamorphic design introduced in the OxygenOS 13? Also in this case, various parts of the graphical interface can be put together between the two UI ...

… And the same can be said for the curtain of Quick Panel.

With regard to the notification curtain, also in this case the similarities and differences between OxygenOS 13 and OxygenOS 12 are evident.

Among the changes made by OnePlus there is also a redesign of Shelf, the side screen from which to manage widgets and shortcuts. It is interesting to note the disappearance of the historic slogan "Never Settle“, Now replaced by the calendar.

Ultimately, OxygenOS 13 is increasingly a ColorOS with another name. Whether this is a problem is up to personal taste: I can personally tell you that, although I don't appreciate (but understand) the change of OnePlus, the ColorOS is one of the best UI you can find on Android. If you have a OnePlus smartphone and want to know if it will be updated, in this article find the complete list of models that will receive it.

Now you can save up to 40% on Telegram Premium