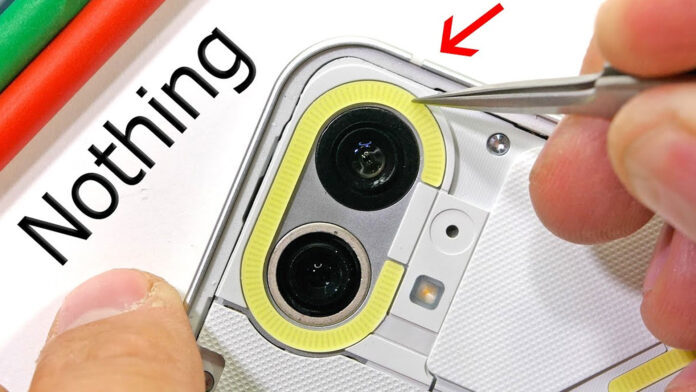 There has been much talk of Nothing Phone (1), of hers hardware defects and controversy on display, but the truth is that many have been fascinated by his Glyph Interface. To stand out in an often boring and repetitive market, Nothing has adopted an undoubtedly original aesthetic choice by today's standards. On the back of the smartphone, made transparent ad hoc, a system consisting of hundreds of LEDs that make up this glyph. An LED system that surrounds the camera and the wireless charging coil, as well as having two distinct sections on the top right and bottom. Nothing has studied this visual interface so that it is not a mere aesthetic habit but also functional, being able to act as a customizable notification LED.

Nothing Phone (1) stripped: here are how many LEDs make up the Glyph Interface

The most curious will be interested in finding out how exactly Nothing Phone's Glyph Interface (1) works, thanks to those who have put their hands on the phone to take it apart. Of the topic teardown we have already talked about previously, as well as of the resistance test of a JerryRigEverything that has seized the ball to further disassemble it and go deeper to understand how many LEDs are actually needed to return such an effect. After removing the transparent part, you realize that above the four LED strips there are stickers that are useful to make the light less blue and whiter.

According to Nothing, the Glyph Interface is composed of 900 LEDs, a quantity that allows you to have a very homogeneous and well diffused glance along all the LED strips. JerryRigEverything then proceeded with the (slow) counting of the individual LED strips, counting a total of 486 LEDs, of which 326 around the wireless charging coil, 100 around the camera, 33 at the top and 27 at the bottom; the numbers would not seem to return, but it is by looking more carefully (almost at a microscopic level) that one realizes that each strip is composed of two very small LEDs, rising to a total of 972 LEDs. At this point it will be interesting to find out if this number will increase with Nothing Phone (2) and if the company will keep this arrangement or choose a new positioning of the LEDs.