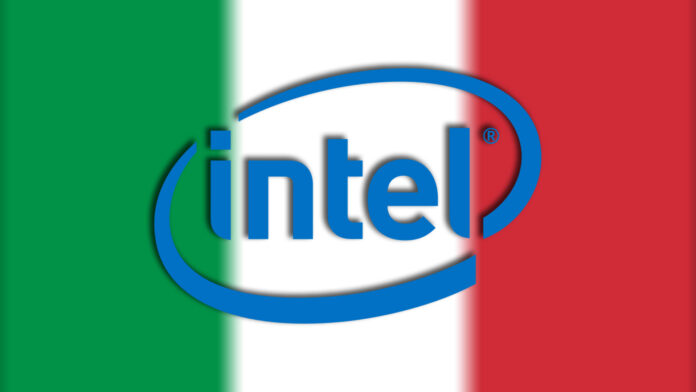 It almost seems a coincidence that the news of the negotiation between Italy and Intel you arrive a few hours away from my editorial on chip crisis. The shortage of semiconductors shows no sign of abating, in a production context in which numerous supply chains are still suffering, even the paper market (but this is another matter). When it comes to chips, the situation worsened when factories and plants closed or slowed down heavily due to the lockdown. In those months, millions of people found themselves locked in their homes and rediscovered the need to buy PCs, notebooks, tablets and consoles, whether for work or for home entertainment. This dichotomy between supply and demand has led to today, where global chipmakers struggle to keep up with chip demands.

If we exclude the USA and Asia, within the borders ofEurope we find a number of chipset manufacturing plants. In particular in Germany (21), the United Kingdom (13) and France (7), but Italy also has some. I refer to the plant of the Chinese Wuxi Xichanweixin in Avezzano, as well as the 3 plants of the Italian-French STMicroelectronics in that of Agrate and Catania. To these 4 plants we could add more and with a strategic importance of a certain level, given that we are talking about Intel.

Upgrade 05 / 08: new rumors tell us about how the negotiation between Intel and Italy would be ready to end positively. Find all the details at the end of the article.

Italy is negotiating with Intel for the homegrown production of chipsets

It is not the first time that a leading chipmaker has looked to Europe for the expansion of their business, as in Qualcomm's recent case. But in this round Italy would be closely involved, which would have advanced one proposed by 4 billion euros to convince Intel to expand production to our country. But based on the agreement reached with the chipmaker, the figure could also rise to 8 billion. The will of the Italian government would be to invest public money in the negotiation, offering Intel favorable conditions in terms of energy and labor costs. The minister of economic development Giancarlo Giorgetti himself confirmed this indiscretion.

If you wonder where Intel could open, the hypotheses speak to the Mirafiori area of Turin, where the automotive industry Stellantis (FIAT) is based, or of Catania, where the aforementioned chipmaker STMicroelectronics is already based. Interestingly, the Italian factory would make use of a innovative packaging system, with which it would be possible new technologies to join together chips from multiple manufacturers. A technology that Intel already uses but only in the US and that would allow it to attract new customers, as in the case of Amazon's cloud computing division.

According to a source close to the story, "the government is preparing a very detailed offer with the aim of concluding an agreement by the end of the year. Discussions with Intel are at an advanced stage. There is still no agreement, but if the government works hard it has a good chance of bringing the plant to Italy". A successful conclusion of the negotiations with Intel would also reflect on the Italian job market, creating more than 1.000 jobs. Prime Minister Mario Draghi also spoke about the semiconductor crisis, aiming to increase production and reach the goal of 20% of world production by 2030.

But Intel's expansion plan would also cover other areas of Europe, primarily the construction of a mega-chip manufacturing factory in Dresden, Germany. France would also be at stake, but it seems that Germany will be Intel's chosen nation. The construction of new plants would allow Intel to increase production capacity and compensate for the crisis in the sector. It must be said that such a factory will take years before being built and active, so it could not compensate for the crisis immediately.

According to sources reported by Reuters, the negotiations to bring Intel factories to Italy are continuing. As previously anticipated, the plan would provide for an investment that would rise to 8 billion EUR. Practically 10% of the 80 billion that Intel would intend to invest in Europe over the next 10 years to compensate for any future crises. Here is what the chipmaker said: "We are encouraged by the many possibilities to support the EU's digital agenda and semiconductor ambitions for 2030. Although the ongoing negotiations are ongoing and confidential, we plan to make an announcement as soon as possible".

Intel CEO Pat Gelsinger met Mario Draghi to discuss the agreement: in particular, Italy wants to outline all the details regarding jobs and energy costs. We will probably talk about it again in the first months of 2022.

For months we have been talking about the agreement between Intel and Italy, with our nation that would be ready to host a new chip manufacturing plant. Months after the first rumors, it is Reuters again to report sources according to which the parties would be close to closing the deal. An agreement that would provide for an investment of 5 billion dollars by Intel for the construction of this plant, for a total of 88 billion invested in Europe. Of these 5 billion, the Italian government would be willing to finance up to 40% of total spending. There is talk of the end of August as the useful period for the conclusion of the agreement, in view of the elections on 25 September for the election of the post-Draghi government.